GPS Tracking Devices - All You Ever Wanted To Know

Between 1978 and 1985, the US Department of Defense launched 11 satellites, which came to be known as NAVSTAR (Navigation System with Timing and Ranging). It's purpose was to allow the US military to track the movement of their troops. However, Ronald Reagan declassified the GPS system and made it available for public use when Korean flight strayed over Soviet airspace and was shot down. Since that time, manufacturers have been struggling to make the most use of the new technology.

Originally, the technology could locate a subject within 100 meters, but more satellites and improved technology increased the accuracy to within 10-15 meters. For those unfamiliar with the metric system, this is an accuracy between 30-45 feet. That's pretty remarkable, when you take the time to think about it!

The Evolution Of GPS Tracking Devices

Now that you can track a GPS device as it moves around the world, how do you put this technology to good use? Well, the applications are endless.

and the list goes on ... Wherever there is a good reason to track an object, there is a device available to do the tracking ... and these devices become less expensive every year!

How Do GPS Tracking Devices Work?

Twenty-four satellites revolve around the Earth constantly with each satellite broadcasting a different signal. By tracking the distance to four different satellites a GPS device determines your location.

To understand how this works, picture four globes on your ceiling with one in each corner of your room. Now, picture an invisible line from each globe and measure the distance to each one. By knowing the length of each line you can determine your exact position in the room. This is how GPS tracking devices determine your position. 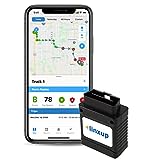 What Makes One GPS Device Better Than Another?

As all GPS tracking devices use the same technology to determine their position, what makes one better than another? Ultimately, the devices ability to give the information to a user in a way they can make use of the information.

Imagine yourself traveling north on interstate 95 toward Baltimore. Up ahead, rush hour is slowing down traffic to a crawl. Now, if your familiar with the area you might know a way around the traffic, but an out-of-town driver doesn't have that knowledge - unless their GPS gives it to them.

This is where some GPS devices excel, by allowing an out-of-town traveler to drive around as if they know the area. From my own personal experience, my GPS allowed me to drive to Williamsburg and back last year with no delays, and we were able to drive around town as if we were one of the natives.

And that brings me to another advanced feature of GPS navigators - the location of local places of interest. The best navigators will guide you to local attractions, local restaurants,  local gas stations, and local hotels. To make the pie even sweeter, some GPS navigators combine with cellular service to allow you to contact the places you are traveling to.

What's Next For GPS Technology?

Picture a set of glasses that will allow you to walk around town and give you directions, while providing information on any building you look at. This is the next generation of GPS navigation devices, which are already being developed and tested.

Other new use for GPS tracking devices is better tracking of individuals with a device that's implanted under the skin.

And beyond that? What about luggage that tracks itself and reroutes itself when it's lost? What about packages that could do the same thing? The future applications are endless.

And so, that's all I have until newer technologies arrive on the scene ...

Was This Article Helpful?