Tips and Tricks for the Samsung Galaxy S i9000

Having had the Samsung Galaxy S for a couple of months now there are a few things that take getting use to. Mostly they’re good things, the giant 4” capacitive touch screen, the speed, the fact that it isn’t an Iphone. There are also one or two things you need to work around as it’s really early days yet for this phone and the android system running big capable smartphones.

The biggest is playing flash content and loading webpages fully. Improving battery life of the Galaxy S is also something we as the users and Samsung as the manufacturer have to deal with. A major booboo on Samsungs part is the connectivity issue to Kies and MTP errors.

Hopefully the Android 2.2 Froyo update will solve a good many issues but we’ll have to wait and see since Samsung is holding out on us. Some of the below is worth thinking about regardless of the phone or the OS, and none of it is vastly expensive even when you do have to pay to get something.

I personally use opera mini for most of my on line activity on this phone. Opera has one advantage over the other browsers available. When you make a page request, you do it through a special opera server which compresses your data before sending it on to you. In this way you get a sight speed improvement, because there is less data to download and you also get the benefit of less data, saving you your data limit and maybe money.

Other than this, it functions as well as chrome lite which comes as the native browser on the phone. Having said this, neither chrome lite nor opera run pages fully. Links are sometimes shaky, especially on complex sites such as games on Facebook. Videos are not there at all.

There are few mobile browsers that support video playing and full web loading for Android but Skyfire does. When I want a page to load fully with all links (e.g. Stats internal to a hub) and all videos (i.e. Youtube) I use Skyfire. There are a lot of things wrong with Skyfire, its buggy as hell, sometimes loading slowly, sometimes not at all.

I find it clunky and nowhere near as smooth as opera but it does close when it's told to and it does show video, albeit in a pop out window. It also optimizes your video for the phone. It's not a perfect solution but until Froyo comes out with Flash (reputed to be slow and a battery eater!), if you want video it may be one of your only options. 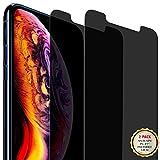 At first I wasn't too bothered about this. I thought I'd just be careful new phone and all, no throwing it on the table, only to watch it skitter off the other side and drop onto the floor. No casually shoving it into a pocket with keys and change. I'd be careful.

Then I dropped it the first time. Then a second time. The third time the back came off and the battery fell out. Then a friend dropped his and the screen smashed. At that point I started to look for a protective case.

After some debate and on recommendation, I went for an igloo rubber gel case. I bought mine off Amazon for a couple of quid. Not a lot for what it protects! When I got it I found a very good product, close fitting, easy to apply rubberized case about half a mm thick, that covers the back and sides and doesn't add much bulk.

It doesn't cover the screen but a pack of screen protectors ordered at the same time (or even as a package on some Amazon sellers) solved the issue. Key points are that it covers the power key and volume rocker but with a raised bump so you can locate them. Everything else is open.

Screen protectors are a little difficult to apply but using a credit card (not the supplied card) and a soft cloth it was no problem. The only difficulty was getting the thing on straight because of the raised edges on the Galaxy S

Everybody who owns a smartphone with a big capacitive touchscreen knows the pain of short battery life. There are a few things you can do to preserve it. For a start, turn down the brightness! This screen is bright enough on it’s lowest setting (where I have it unless I’m in full sunlight which is not likely in Scotland).

Secondly, turn off the wireless and gps when you’re not using them, which is probably most of the time. This can affect your ability to trace the phone if you lose it as most of the programs seem to work via the GPS being on already. You can even go as far as to get an app like nobars which turns the phone to aircraft mode on a variety of different wake up settings. This means it does connect to the network but only sporadically. Don’t do this if you want to read your text the moment it should arrive or receive calls but its good if you want to preserve some battery throughout the day.

I've recently updated to Android 2.3 and the improvement in battery life is extraordinary! Previously I used to get just over a day of average usage now I can happily get two days, music playing, internet, games, the works!

Try not to use things like active desktop backgrounds, although they’ve got much better, they still drink battery. Finally, make sure you don’t leave applications running you don’t have to, get some form of task manager. Whether it’s the one the shop preloads for you or some other variant doesn’t matter. If you have the SGS and use opera, you’ll probably never close it otherwise!

There is a higher capacity battery available for the SGS, I think its up to 3000mAh. This will definitely improve battery life, possibly by days. There is a catch though. It drastically alters the lines on phone and while it will fit into the phone, you'll need to purchase a new, deeper plastic back to accommodate it. This turns your 9.8mm thick device in a monster. On the other hand, I could live with 5 or 6mm extra depth for a few more days battery!

There appears to have been some complaints about ease of use on Android multitasking, especially on other phones. I honestly can't see the problem on the Galaxy S. Multitasking is easy. To minimize all open apps and get back to the home screen (to open another app), simply short press the center key. To easily switch between apps, long press the centre key until the task manager key comes up then select the app you want from the six icons listed. As the meerkat says...

Some apps don't take to multitasking very well. The video on Skyfire being one example of this. If you've playing a web video or flash game and somebody sends you a text, if you want to keep the vid window open and in the right place, don't open another app over the top. If you do, the vid reverts back to the player window and you have the load all over again.

Connecting your phone to Kies and the PC

Many people seem to have trouble connecting their Galaxy S to Kies. I myself had a problem to start with, an MTP device driver error whenever I connected the phone. I solved that with this: How-to-Connect-Samsung-Galaxy-S-with-Kies-on-your-PC  and the CDC device error that came after it. So far, I’ve had no problems connecting with Kies or loading both the internal and external memories as external memory on the PC similar to a flash drive. I also connected it to my work PC very easily, where I don’t have admin privileges.

Using the Phone as a Mass Storage Device

Connecting the internal and SD card memories as external storage devices on the PC is very simple.

As part of the phone’s actual working you have to set the phone in Mass Storage mode:

On the phone go to applications -> settings -> About Phone -> USB Settings -> Mass Storage.

This will pop up a message, probably in blue and white that says “USB connected” and underneath: “You have connected your phone to your computer via USB. Select “Mount” if you want to copy files between your computer and your phone’s SD card.” Then simply press Mount and it should connect. The storage (either one drive letter if you don’t have an SD card or two if you do) will show up under my computer exactly the same as a flash drive.

You may have discovered that in its native out-of-the-box form you can’t select your own particular message tone other than from the (awful) list it gives you. Fear not, there is a way to remedy this.

If you’re connected to the computer without issues, it’s easiest to do it via the mass storage mode on the PC. It can be done on the phone itself but it’s more cumbersome.

In the root folder, first look for a folder called “Media”

If this folder doesn’t exist, create one and label it “Media”

Inside the Media folder, create a folder and label it “Audio”

Inside the Audio folder, create a folder and label it “Notifications”

On the Phone Method - Not Connected to a PC.

The method is exactly the same as before only you need to work out how to create a new folder (yes sometimes I can be very stupid). Press the menu button (the page symbol on the left hand side) hit “new”, then “directory”, then name it exactly as before starting with Media. Go into the media folder and create the whole system as above.

Having trouble connecting to the PC? try here...

Want to reassure yourself as to why the SGS is better than the Iphone 4? take a peak...