HTC One X Plus Phone Review, still as good as it once was?

Released in November 2012 the HTC One X Plus was a mid cycle incremental update to the HTC One X which was released earlier that year. HTC was suffering from dissapointing sales compared to the Samsung Galaxy S3 and thus released the One X Plus with upgraded specifications to target the Christmas market.

The HTC One X Plus is identical in shape to the normal One X, there is only one colour available and this is a nice rubberized matte black. This gives the phone a unique look along with a really grippy feel that makes the phone less likely to be dropped.

The phone has NO removable back, this has some practical disadvantages however in style it is a definite plus as it allows a much smoother design. The back of the phone wraps all the way around to the front where it borders on the large glass front which incorporates the capacitive buttons and screen. This single construction also means build quality is top notch, the only vulnerable part is the screen as it is with all modern phones.

The phone most definitely does not look or feel dated compared to its newer competitors.

At the time of release the HTC One X Plus's screen was seen as one of it's biggest assets, however since then 1080p has become the new standard on high end phones, leaving 720p behind.

This is the area in which you would expect the One X Plus to show its age, it was one of the first generations of quad core processors, now we are two generations later.

The phone performs quickly in all everyday tasks and is able to play almost all high graphics games (thanks to the nvidia graphics card in the phone.). What is noticeable compared to my Nexus 7 Tablet (Which isn't even really high spec anymore) is that the One X Plus does sometimes stutter and slow down if you are really pushing it, modern phones can cope with everything without breaking sweat, the HTC cannot.

The phone is running Jellybean 4.2 rather than the latest Kitkat 4.4. This means the phone does not benefit from the latest software optimizations that kitkat brings. HTC's record on updating this phone is rather disappointing with the last update being only 9 months after the phones release. This should not cause any problems in the immediate future in terms of compatibility, we don't know what the future brings however being a generation of software older cannot be a good thing.

The battery on the HTC One X Plus is 2100mAh, this is enough to easy last a day and the battery saving mode is very helpful in conserving battery whilst not hampering performance. The battery is non removable and thus non replaceable, whilst not a problem straight away it means that as the battery ages and gets worse you will not be able to swap it out.

The HTC One X uses the sense 5 overlay to android. These latest versions of sense are often praised compared to the older versions and even compared to Samsungs Touchwiz. HTC's approach seems to compliment basic android which can often feel bare and adds useful features whilst not seeming cluttered like touchwiz can.

The HTC camera interface is very nice and allows for easy and quick adjustments to your settings. Sense also provides some unique widgets. My favourites of these are the clock widgets, these looks beautifully sleek with some providing detailed pictures of the current weather.

The back camera is 8 megapixel and the front camera is 1.6mp, so a little bit off from the 13 megapixels you see on the latest phones. This difference isn't that noticeable because once you get to these kind of resolutions with the small sensors on phone camera there is little difference in actual quality. However it is undeniable that in the 18 months since phones technology has advanced and thus the pictures on modern phones are better overall.

If you just use your camera for general picture taking then this isn't a problem, however if you are serious about your photography then this is not the phone for you. 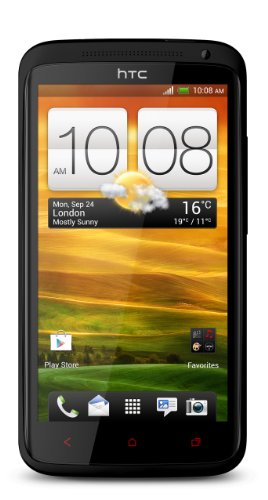 If you want a high end phone then would I advice the HTC One X Plus? No I wouldn't, whilst it is still a good phone it isn't really high end any more.

If you want a good phone on the cheap then you should look at the Motorola Moto G. It's specification is slightly lower with only a 5 megapixel camera and a 1.2Ghz quad core processor, however it does have Kitkat. This can be brought new for £150 ($199).

Thus the HTC One X Plus now only fits a really small niche, its for those who want a relatively high end phone and are prepared to pay £200/$250 but don't want to pay more for a modern high end phone, or are not prepared to settle for a mid range phone. Personally would I advice it for someone in that situation? yes, it can do 95% of the things that new Samsung Galaxy or HTC One can do however at £200 cheaper.