A Day In The (Automated) Life

From the moment of waking to the moment of sleeping, automation rules, assists and plays its part in the events of the day. Things of the past - like the alarm clock - has been replaced by the cellular phone.

Who needs maps and gas stations? These have been replaced by the auto - navigational devices likewise Pilot. Even smart phones have these programs to help you get to a friend's house without troubling a stranger for directions.

Cell phone have city tour applications to get you around without a tour guide.

The bank teller has been replaced by the ATM - automated teller machine.

Automated operators handle a majority of 411 informational requests instead of the live, if not humorously inept telephone operators of yesterday. Who could forget Lily Tomlin's hilarious comedic portrayal of the telephone operator Ernestine saying "One ringy dingy" for each time the phone rang!

Highway attendants have been replaced, at least to an extent - by- automated tellers to receive your cash, debit card or credit card. Cameras record the license plates of offenders and the traffic violation comes directly to you home address. No escaping Big Brother!

Thanks to Automation, the majority of people go a to a service related job instead of an Industrial one. From the 19th century until the mid-20th century Industrialization was king, and once automation was introduced, the shift began to revert to Service. So, how did it all begin? 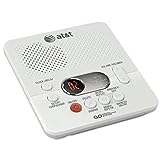 The objective is to lessen labor, reduce boredom doing tasks that don't require a human brain in order to free up human beings to do more interesting work. Some factory work can consist of really redundant tasks which can be brain-draining; imagine screwing the proverbial cap on the tube of toothpaste all day long.

Factory workers have been replaced by efficient and high quality output regulators, like control machines and robots. This has also lessened human boredom, apathy and discouragement.

Telephone answering machines are certainly unfriendly, but the chance of getting an accurate message is much greater than by relying on a rattled switchboard operator. The machine records exactly what the person said, leaving a stronger link between the sender and the receiver.

Postitives and Negatives of Automation

The biggest threat is that human labor, which is more expensive and less reliable, will become obsolete. This is called a technological excessive worker, and is a common reason for unemployment in Europe and abroad. In other words, a machine took your job! So - go home!

Machines never ever get sick! They don't have child care problems, family emergencies or mental health days. They are reliable for high quality output at a relatively low price. What's more, they don't need coffee breaks, cigarette pauses; they don't have disagreements with their fellow robots. They don't create sabotage due to frustration with their dull, dead end jobs.

However, they have limited capabilities. Because they don't have a brain, the potential for error is much greater. Lacking human qualities like a sixth sense, "something isn't right here" doesn't exist!

My Co Worker, the Robot

The Future of Automation

What does the future hold for jobs in the field of automation? No one knows, but there are hints as to what the future holds. Robots will probably continue to work in packaging and production functions. New jobs will eventually be phased in because robots tend to be more consistent than humans. It's all brand new territory, developing on a day by day basis 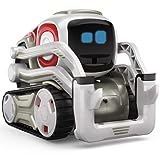