Can anyone imagine life without cell phones? Imagine being pregnant, ready to deliver any moment, and not being able to reach your partner who is on the job when your labor starts? Can you visualize being stuck in traffic or behind a horrific accident shutting down all lanes of traffic and not able to notify your workplace or the daycare center that you will be very late? That’s the way it was about thirty years ago. Certainly, no one can argue that cell phones have been extremely helpful.

However, some parents of newborns and toddlers use cell phones in ways that harm their child. In almost all cases it is inadvertent. Nonetheless, by changing a few habits, the children will benefit.

This warning applies to the parent or any caregiver, but for convenience I will usually use the word parent or mother throughout the article to include everyone.

Don’t Use the Phone when walking with your toddler! BRAIN harm.

This could be walking from the car into a school or store, taking a walk outside, or walking through the grocery store. Children are little learning machines; they are information sponge from ages 1 to 4. They ask questions – loads of them! In the large scheme of child care, the adult watching the child should RESPOND to the questions. Frequently, it is a “what is that?” sort of question. By giving the name of the object (or action), a brief definition, and perhaps a question back such as “What do you think of that?,” a mother is developing her child’s brain.

However, if a parent is texting and talking on the phone, he loses the opportunity to teach his child. Vocabulary development and speech conventions are learned before a child starts kindergarten. BEFORE. Every language has rules about the order of words (syntax) and this is passed along to the child by talking to her. Additionally, elementary teachers state the one of the best things a parent can do for a pre-school child is to give her many different experiences and to talk about them.

Don’t Use the Phone when walking with your toddler! SAFETY issues.

When a mother is texting or speaking on a phone, even with hands-free devices such as Bluetooth, she is ignoring the world around her. If she is driving or walking with her child, she is reducing the amount of attention she has to “be the parent.” Big people must watch out for our little people. If a strange dog approaches, another driver makes an error or unexpected turn, the talking-texting caregiver wastes precious seconds of reaction time making the transition from conversation to “lifeguard.” She puts herself in danger and the toddler becomes collateral damage. Is that something a parent wants to live with?

Don’t Use the Phone when walking with your toddler! SOCIAL incompetence.

Depending on parent’s personal habits with a cell phone, he may be teaching the toddler how to be rude: if he chooses talking on phone instead of giving attention to a cashier serving her or him, he is being rude. If he goes to an athletic event, family gathering, or school concert and texts instead of paying attention, he is sending the message that the people at the gathering are extremely unimportant and, furthermore, that it is allright to let them know that. The toddler will absorb that and imitate her parent. Children miss NOTHING. Think about skills you would like your child to have. Wouldn’t tact and social awareness help her get and keep jobs, and help her throughout all aspects of life? 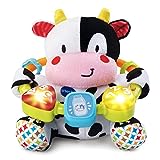 Do the Right Thing

Instant communication via satellites and wireless devices is relatively new in the grand timeline of human existence. I do not propose that we lock them away. They provide many benefits. However, if parents overuse their cell phones instead of raising their children, I believe that the children will pay a price in decreased intellectual development, social development, and possible physical safety.