Marcy lives in Austin, Texas, and has written about environmental issues and conservation for more than a decade.

A Wind Farm in West Texas

Using wind for energy is by no means new, in fact, along with solar energy, it’s one of the oldest sources of power to be harnessed by man throughout history.

From the billowing sails dotting our oceans, to windmills, to laundry blowing dry on clotheslines throughout the world, wind has provided an available and cheap (as in, free) source of energy for many hundreds of years.

Today, massive amounts of wind energy can be captured and transformed into a power source through the use of giant wind turbines that resemble streamlined windmills.

Unlike the paintings and scenes of picturesque windmills nestled in rural areas in the Netherlands, these windmills do not randomly dot the landscape; they’re on huge ‘windfarms’ that are designed and built specifically to generate power.

A simple explanation of how wind energy works is that the energy of the turning blades is used to power huge turbines that convert it to electrical power.

The three-bladed windmills you see on windfarms are engineered to capture energy as efficiently as possible; the blades are positioned at an optimal angle to catch the force of a good breeze, and the turbines are designed to rotate so the blades always face into the wind. It takes many turning blades to generate enough power to support large populations.

Even if the windfarm is located in a rural, almost deserted area, the power captured can be added to the ‘grid’ that supports populations hundreds of miles.

Windfarms are increasingly seen along the roadways in states like Texas and others that have vast unpopulated areas in regions known for their windswept reputations.

A primary challenge in producing and relying on wind energy is creating an efficient and effective way to direct and transmit the power to consumers. But, as with all areas of alternative energy technology, research continues, and engineering advances are being made every year. 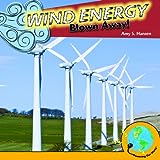 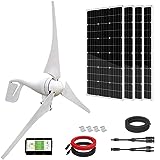 What Does it Cost to Create Wind Energy?

One of criticisms about wind energy is that it is more costly or is difficult to distribute to consumers. However, unlike energy produced from gas, oil or uranium, there is no risk of running out of wind, and it’s not only cheap, it’s free.

It's true that the power produced by wind energy is not yet a cheap deal for consumers. This is because the technology is new, and many windfarms must operate long enough to pay for the initial cost of design and construction before a savings might be seen.

Wind-powered energy plants (as with all energy plants) are expensive to design and build. The location and design can vary, but there are resources available that explain the costs and how to offset expenses. Many states have obtained grants for wind energy, but local users still absorb some of the costs.

In Austin Texas, for example, electricity consumers can opt to purchase this type of energy, but it is slightly higher (about 2.6 cents more per kilowatt hour) than the rate charged for energy produced through the city’s usual energy plants. As with many things, time, political pressure from consumers and advances in technology will likely create changes in the yield per investment of wind power.

Wind energy is best used for mass production rather than as a source of power for individual homeowners. Although smaller turbine units (suitable for single-family homes) have been produced that will generate up to 80 percent of a normal family's electricity usage, the cost (around $35,000 in recent years) is prohibitive. And not all homes are located in areas that can easily handle installing a unit of that size or that have enough wind blowing during the year to make it a cost-effective choice.

What Do You Think? Answer this poll!

Do you think more money should be dedicated to researching wind energy?

Which States Use Wind Power for Energy?

Texas currently produces more wind power than any other state and has more than 2,000 wind turbines at more than 40 installations in the state. Many are in West Texas, where wind is plentiful much of the year and wide-open spaces are the subject of songs and movies.

According to the American Wind Energy Association, Texas’ windfarms generate more than 10,000 Megawatt Hours (MW) of power. Iowa, the next most wind-powered state, produces less than half that amount (about 4,400 MW). A total of 38 states are using some degree of wind energy, and the number continues to grow.

The association estimates the United States could generate up to 20 percent of its energy needs through wind power.

An attractive feature of wind energy (as well as solar power) is the sustainability it offers. Unlike many other energy sources (most significantly, coal and oil), wind is a green power source, since it does not create harmful byproducts or pollute the atmosphere.

As with the sun, we will always have wind. Oil, gas and other sources of energy will deplete over time, and unless all countries begin addressing the issues now, many areas will face power shortages or even outages as unrewable resources become more scarce.

Once nonrenewable sources begin to run out, prices will likely escalate to levels never seen before, making those types of power even less sustainable from an economic standpoint.

Wind, however, will always be there and the more this type of energy resource can be researched and harnessed, the more benefit we will see from using it to heat and cool our homes, run our appliances and serve our needs.

While wind can pretty much be relied on for sustainability, it can be fickle in terms of providing a constant source of energy at times. Windless days can reduce the energy a wind turbine captures and transmits. If this reduction hits at a time when there's a surge in usage, it can create brownouts or shortages for consumers.

All these issues are taken into account as wind energy finds its niche in the power grids across the nation and the world. Future decades could see this source of power increasingly used all across the globe.