I'm just a small-time guy working a normal job as a physician assistant. My passion is building PCs and testing/reviewing PC hardware.

Hi everyone. Will here. Today, I am reviewing the Intel Pentium G4560 CPU that I currently have in my budget gaming PC I discussed in a previous hub that will be linked below. Take a look at what the processor has to offer. If you have any questions, do not hesitate to ask and thanks for stopping by.

The processor comes stock at 3.5 GHz and supports DDR4 and DDR3L RAM. It is a dual core (2 core) processor with 4 threads courtesy of hyperthreading. The CPU is equipped with 3mb of L3 cache and has Intel 610 HD graphics integrated. The Pentium runs at a thermal design power (TDP; total power draw) of 54 watts making it an efficient processor. The G4560 is part of Intel’s Kaby Lake family of processors and has MSRP or $64 and was launched in January 2017. 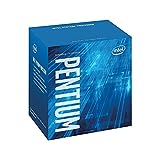 So, when I began debating a PC build around April 2017, I immediately thought budget because I hadn’t built a computer since 2005 and I didn’t want to spend $12-1500 and it not work because I screwed something up. With that in mind, I began researching budget PC components and this was one of the most recommended budget PC components; just check out YouTube to see for yourself. I really wanted a Ryzen processor because they are all unlocked and allow you to overclock them and they overclock well with the stock CPU coolers. However, when thinking of budget and future upgrades as well as compatible components, the Ryzens, in my opinion, no longer were an option. So, I settled on the z270 chipset in the MSI z270 Tomahawk motherboard and went after the Pentium G4560.

The Pentium G4560 became a very popular processor for budget PC enthusiasts and the supply dropped due to the higher demand and the prices jumped a bit above the MSRP of $64 and I unfortunately fell victim to that increase and ended up spending $79 on Amazon. I will say however, that I believe this processor is worth every bit of the $79 though I wouldn’t pay more than $85 for it.

When I built the budget PC, I put the cpu in the motherboard and paired it with 8gb of Crucial Ballistix Sport LT 2400mhz RAM and no video card (GPU). Given this, I was reduced to using the integrated graphics with the Pentium G4560. I will say that they did okay for games like Counter Strike Global Offensive on low settings and it was also able to handle Battlefield 4 on low settings, though there were times of frame drops that resulted in some minor stuttering.

A few weeks after putting the computer together, I put a bid on a Pallit GeForce GTX 470 GPU on eBay and managed to win the GPU for $21.50 which was a pretty good deal. The crazy part about it however was that an MSI GeForce GTX 1080 Duke went on sale for $509 on Newegg about a week after I won the 470 so, I bought it as I couldn’t pass up that “deal” given the mess that the GPU market currently is in due to Crytpocurrency miners.

So, as I said, the crazy part, the GTX 1080 got here the same day the 470 did. Apparently, the seller didn’t think the card would sell for so low and was kinda screwed when it came to shipping. He said shipping was $18 and would be UPS 3 day. Well, 12 days later, I got the 470 only it was in a box that was really beat up and was delivered by USPS standard mail. Needless to say, I was a little agitated but I went with the flow.

I put the GTX 470 into my computer first and it meshed extremely well with the G4560 and there was a substantial improvement in graphics quality. I was able to play GTA V finally, even though it is more CPU driven than GPU driven. I was getting 45-65 frames per second consistently in the hour of gameplay that I played. I then moved onto CS:GO and increase the settings to high and was getting 80-85 frames per second consistently and had a great experience with smooth gameplay. I was also able to get Battlefield 4 playing really smooth at about 60 frames per second, even in online multiplayer. I was really surprised at the CPU and GPU pairing even though I did end up putting in the GTX 1080 about 4 hours later. And yes, there is major bottle neck between the 1080 and the G4560 but definitely was worth the money for the upgrade and will be even more so with the future i7-7700K CPU upgrade.

Well, I digressed, sorry. Anyway, enough of all the technical jargon, a lot of which I don’t even understand and I just want to keep things simple for everyone. The G4560 is an absolute bargain and is a must have processor for beginner builders wanted to get into PC building or even the expert PC builder looking to build a budget PC for friends or family. I highly recommend this processor and I would give it a 8.5 out of 10 given the price and performance. You get a substantial level of price to performance ratio with this processor. If you are looking at a budget build in your future, you should absolutely use this processor and I would say not to even consider anything other than maybe a Ryzen 3 1200 with a budget AM4 motherboard, at least the cheapest one you can overclock with.

Is the Pentium G4560 worthy of being the central piece of your budget PC build?