Unboxing videos have become a mainstream outlet for consumers to gain product knowledge before purchasing those items. Many people will browse the unboxing videos before they shop for a products. For example: Anyone wanting the new Apple phone will wait to see the first few unboxing videos before they decide to buy their own phone. These videos are also fun to watch and they reveal much more than any brochure or commercial. They give a personal testimony to how the person using the device truly feels about the features.

These unboxing videos are unpaid and unscripted individuals giving their spontaneous opinions on the benefits and drawback to many of the key features listed in the brochures and advertisements. You can't always trust advertisements but you can hear the person discuss the same talking points listed in the advertisement. They generally give their own perspectives without bias.

The best unboxing videos seem to be completely unscripted. They are spontaneous reactions to something you've waited forever to get your hands on. Think of a kid on Christmas morning opening up the present shaped like a basketball when he's been telling everyone for months that he wanted a basketball for Christmas. He knows the present is going to be a basketball but he's still anxious to rip open the wrapping paper just to touch and feel it.

Unboxing videos are self-narrations of a person opening up their very own presents. It doesn't make sense until you see one and then you MUST make one for yourself. The anticipation, the suspense, surprise, maybe a disappointment or two all adds up to some exciting videos. Here is an example: 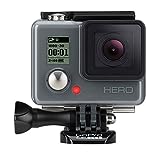 Fun for Kids and Adults

Unboxing videos are fun for kids and adults. This gives kids a chance to practice their public speaking abilities. They start to notice how many times they say "you know" and "uhhh" in each video. They start to correct and improve their speaking skills and get comfortable speaking to an audience.

It's just fun. Especially when you get feedback from the viewers. My kids get a lot of satisfaction from the comments both good and bad. They love to see the number of viewers rise. They compete on who had the most views. It adds a new dimension to the toy they buy. They choose their toys carefully and research before buying. After they make their decision and purchase the item, they make an unboxing video.