Nexus 4 Photos from Liberia, Guanacaste: An Analysis of the Nexus 4 Camera

An Exposition of the Capabilities of the Nexus 4

I have collected a range of photos using Google's LG Nexus 4 to show some of the camera's good qualities and some of its limitations in this article. I have taken these photos in my adopted home town of Liberia, Costa Rica (see the map below).

This quad-core phone is quick and it has an intuitive interface with post-capture editing features that can enhance or salvage marginal photos, including adjustments for contrast, exposure and many filters. On screen adjustments are a bit challenging in the bright light of summer here, but I still managed to pinch zoom in and changing settings. I mention more about setting changes in the final paragraph below.

These Nexus 4 photo examples have been taken under a range of lighting conditions, some of which are measured for those who want those type of details. I have photos in my dark house, which ranges from 2 to 10 lux with fluorescent lights, diffuse natural indoor lighting in the church and in bright sunlight in the middle to late afternoon.

Some of the advanced adjustment capabilities like HDR and the ability to change diopter setting are also demonstrated in the photos below. I particularly like the sphere and linear panorama shot capabilities:

A Photo-Sphere Shot of the Same Church

The phone is does really quite well under low-light conditions without a flash. The power surge outlet in the series below had a light reflectance value of 15 lux, which is half that or less than shaded sunlight. The series of photos use the flash and the diopter adjustment to get different exposures. With a diopter value of +2, you can make the best use of the available lighting in artificially lit rooms, however you do end up with a grainier photo which would only be published in a smaller format than shown below.

To take indoor photos of people, it seems that a four feet or more distance helps diffuse the light better.

Flash and Diopter Settings for Close-ups in Low Artificial Light

Sometimes photos come out blurry, especially when zooming. For these situations, press and hold for a second or so on the blue shutter buttom. This will fix the focus.

The circle in on the screen is where the focus will occur. So, be sure to put the circle where you want it before you take the photo. A simple tap will do.

The HDR setting is wonderful in situations where you have low lighting or where you have a range of lighting within a specific composition. The example below show a building with shadows from a mid-afternoon, cloudless sky at 3:00 PM, with HDR and in normal mode. The shadow disappears to a significant extent in the HDR photo.

HDR vs Normal Settings for Subject with Strong Shadows

I would caution you to pay attention to the light settings that are on the camera as you encounter different lighting conditions. Although I had the camera set on auto detect in this regard (which is not in the settings seen on the wheel in the center of the photo), it did not change from an indoor fluorescent light to the sunny light setting. So some of my photos unintentionally came out with a deep blue hue. So, check that before you go out. You may not be able to tell the difference on the camera, but when you see it downloaded to your computer, the difference will be obvious.

Overall, I am quite satisfied with the photo capabilities of the Nexus 4 phone. There is room for improvement, of course, and I have heard that Google is focusing on further development of that capability in the next generation of phones. I believe that the next generation of Nexus phone will almost make me want to leave my digital SLR at home, but it hasn't arrived there yet. It may never do so, but I can hope can't I?

In future updates of this article, I will put in some photo comparisons with the iPhone 4S, which I also have on hand. That will be an interesting comparison. Until then, I hope you have enjoyed these photos and have learned something about the capabilities of the LG Nexus 4 camera. Let me know what you think below!

Poll About Camera Use

Is your cell phone your primary camera?

Where These Nexus 4 Photos Were Taken 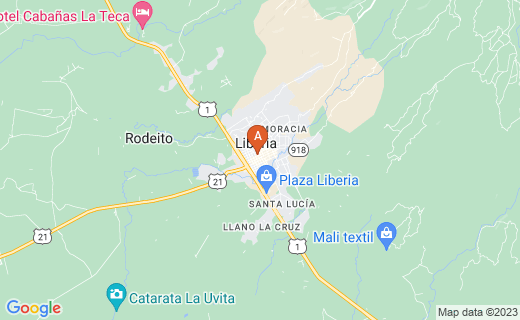