I was contacted today by a reader who informed me that Nigel O'Hara may be going out of business, certainly online at least.

Comments posted in Trustpilot suggested that the company were responding to people telling them that they are unable to honour orders or handle refunds. People were being forced to contact their banks for a 'chargeback' i.e. to get the money refunded.

In addition, new website spokemansaid.com has got hold of the problems and published a news article 'Angry customers demand money back from Nigel O’Hara' which appears to echo the meriad of complaints found online.

Shortly afterwards it was reported that the Nigel O'Hara had decided to close after 42 years of trading, blaming "over-zealous traffic wardens". What a joke right? Traffic wardens. No mention of the absolutely shocking service they provided via their online business!

No doubt they will set up a new company, under a new name, and do it all over again...

I recently found myself looking for a NAS server with cloud storage opens and eventually settled on the Synology DS715 dual disk NAS after reading many reviews and watching various videos.

Like most people I like to save money when I buy online, so I used Google Shopping to locate the cheapest deal and eventually stumbled upon a website for a company called Nigel O'Hara, based in Northern Ireland, who were £19 cheaper than Amazon. I was also looking for two 3TB WD RED disk-drives (recommended for NAS) and found them on a separate website.

So off I went and placed the orders for the NAS and disk drives - the NAS from Nigel O'Hara and the disk drives from Amazon.

And so the problems began

To be fair to Nigel O'Hara, the website did say "extended delivery" but in tiny writing. I didn't notice it because the website draws your attention to the price and the "buy" button.

So you can imagine my surprise when after 6 days I checked the order status to see that it hadn't even arrived at Nigel O'Hara. They basically take the money and then order it from the supplier. When I checked the expected delivery date I was told it could take up to one month to be delivered!

Naturally I wasn't going to wait 30 days for the item, so I decided to call Nigel O'Hara to cancel the order.

There is an advertised phone number for the company, but the minute you call it you are told by a recorded message that no one in the stores can help with an online order, so it's impossible to speak to someone.

I did try called the store by as very sarcastic lady on the end of the phone just repeated what the recorded message said. 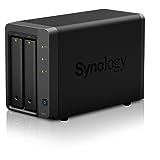 I then decided to try and speak to someone at the company via online chat. They don't offer it.

The only way you can get hold of this company is to open a "support ticket" via their website. So I sent an email which said the following:

"Why is it taking so long for this item to be sent? It was only £19 cheaper than a competitor and to be honest I never would have ordered it had I realised it would take so long for you to send it. According to your website it would take up to a MONTH for it to arrive. That's terrible service."

About 2 hours later I received a response. It said:

"Thank you for your email. We are currently awaiting the arrival of your item as we have ordered it in specifically for you. As noted beside the order button, this item did have an extended delivery period as it was not in our immediate stock but be assure that we are working to have this with you as quickly as we can. Your order priority has been upgraded to High to ensure same day dispatch upon arrival. The next point of contact at this stage, should be the email confirming the completion of your order. If any of this information does not suit, please feel free to request a refund at any time. Kind regards, James"

So I replied with:

"Extended" should be replaced by "One month". Please issue a full refund. I will order from somewhere else."

I asked Nigel O'Hara to refund me, as they had offered, as I didn't want to wait.

I was told it would take up to 14 days. Having read many reviews online I wasn't happy with that. Afterall, they were able to take my money on the day of ordering so they can refund it the same day, surely? I got this response from Ben Martin in the customer service department:

Ah! Hoodwinked by the T&C's excuse. So I took at look at their terms and conditions which, for refunds says "as quickly as possible". It's only returns that are subject to the 14 days in their T&C's.

It should be noted, however, that the EU Consumer Directive state 14 days. So NHO aren't breaking any laws....but it my opinion they are providing a poor level of customer service.

I started looking online for some reviews are was shocked by what I saw. Nigel O'Hara have clearly upset a lot of people over the past couple of years.

Out of 205 Google reviews, they have a score of 2.6 out of 5. That's one of the worst scores I've ever seen. Comments included:

"It's a scam!! On the 21st of September, 2015, I placed an order for a Dell 27 inch monitor. I received a text message with just an order number. Nothing more. I chased them up for an order form, and received a hashed PDF document. At the latest, the delivery date should have been the 5th of October, and so two days after this, I read other reviews and was filled with despair at the number of customers that have been in the same situation as me. I paid for their product, then after receiving NO customer support, I tried to find a refund solution, which there isn't one that's clear! I've had to contact my bank to raise a dispute on this as I am sure I will never see the monitor I paid for!"

"I ordered merchandise on 8/13 at 11:42 and received a verification of my order. My credit card was charged the same day. After not getting any shipping or tracking information after the next week, I proceeded to contact them using their email customer service link.The items were and have been in stock this whole time, and I really wanted them. I emailed them no less than a dozen times. Never did I receive a single response. Never the courtesy of any response whatsoever. I even tried calling the physical store, and although they were nice, they did not help me either. They gave me a phone number that did not every get me to a person. In my last email contact, I warned them that I would share this with every review site I could find. Still not one word. I have had to dispute this charge through my credit card in order to get my money refunded. Trust these reviews; this company does not care at all. They will take your money, and you'll never hear from them again. What a shame."

They were the first two reviews. The rest of the list was just full of scathing reviews (see below). By now I'm starting to think I've been had over.

So many forum threads with people complaining

Don't want to take my word for it? Then how about all of these threads of complaint and complaint - many of which mention no refunds, very slow refunds and bad customer service.

1. Anyone had trouble with Nigel O'hara customer service?

Aggressive attempts at having reviews removed

I was surprised to see that the company complained about my review of them on Trustpilot. They reported me for breaching Truspilot guidelines as they said "it contains defamatory statements, personal information, coarse language, etc." - it didn't!

I then found out that they do the same on other forums, including MoneySavingExpert.co.uk. See this post.

Thank you for reading this Hub. I hope you found it helpful and learned something new today. I would love it if you would share it on your favourite social media account such as Facebook or Twitter. Ritchie Hicks is a participant in the Amazon EU Associates Programme, an affiliate advertising programme designed to provide a means for sites to earn advertising fees by advertising and linking to Amazon.co.uk. Buy supporting this Hub and following the links to Amazon and Ebay you encourage me to bring new, refreshing content to Hubpages and help people out with new ideas, hints and tips; without it costing you a penny.