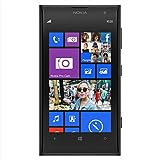 Nokia Lumia 1020 is the Nokia Lumia 920 plus 100 more features. Well it doesn’t have 100 more features, but the features it does have make it a very unique phone. You will have to purchase this phone unlocked via various online reputable retailers. AT&T is the only officially licensed U.S. carrier that is selling the phone on and off contract. But I prefer to use my current Nokia 920 on Solavei. If you want more info on Solavei, and how I use my service, you can check out solavei.com/jsimple. I talk all about it there. If you are a camera/picture lover and want your friends to envy your photos, the 41 megapixel Pureview camera on the Lumia 1020 will be simply amazing. This Hub isn’t about details and how it combines the technology to make the 41 megapixel quality superb, just know that Nokia is known for having quality camera, in the phones that they build. This one raises the bar to another level. It also has a full HD Video and Nokia Rich Recording. What this means is that the audio you record will sound as good as when you heard it originally when you play it back later.

One of the great features of the Nokia Lumia 1020 is the ability to zoom in on an area of a photo, after the shot has been taken. You can then do all your cropping, adding, manipulating to the photo that you feel the need to be. For all you Instagram people do know there are some quality 3rd party apps that you can download and use on your Nokia Lumia 1020 to post to Instagram with the great photos you will be taking with the Nokia Lumia 1020. It has a standard front-facing camera, and the back camera comes with a xenon flash, six-lens Carl Zeiss lens.

If you have ever dropped your phone, you know that the screen can crack easily, and if you skipped the insurance, you start to wince when it is falling to the ground. The Nokia Lumia 1020 has a 4.5in AMOLED screen. The resolution is 1280x768 pixels. To keep this resolution safe, it is enclosed in Gorilla Glass 3, to help protect you from all those oops I dropped my phone moments. Some people care about the ppi in the screen you will be staring at, personally I don’t if it looks good to my naked eye I am happy, but the Nokia Lumia 1020 will have a 334 ppi. The screen will allow you to use gloves, so those that have cold winter snowy months, do know you won’t get lost while tapping the screen with your gloves while you use the great Weather Channel App on your phone.

I am a fan of unlocked phones. I have had one for years, and the freedom you get from moving to carrier to carrier when you want to feels great. You do have to pay higher priced for the phone but like I have mentioned in my other Hubs, unlocked phones are worth the money because you will make up for the purchase in the cheaper service you can get monthly with the right provider. Trust me, I loved Verizon Wireless coverage, but I do not miss the $150/month for service. I will keep my current $55/month service I have now with my Lumia 920.

I may of not made it clear, but yes you can use the Nokia Lumia 1020 Unlocked International Version/ Unlocked At&t Version on the T-Mobile Network.

---------> T-Mobile Bands to look for on current and future Nokia Phones if you want LTE Speeds:

T-Mobile Nokia Lumia 1020 capable phones will need the LTE Band 4, IV, or however it maybe listed on your device. This is the LTE band used by T-Mobile.

I can't stress enough, if you buy it from the internet or off of CL or EBay, make sure you confirm via the carrier or someplace that the device is truly unlocked, for LTE service.

You will need a new LTE capable SIM. Not just the Faux 4G SIM, but a real LTE 4G SIM Card installed into your unlocked Nokia Lumia 1020.

Also, make sure you configure your APN settings. I have the Solavei APN settings, there are tons of places to get other APN Settings for the various other capable carriers for your device. <----------------------- Between the Arrows information is for the Nokia Lumia 1020 that will work on T-Mobile

So, the basics, I will cover briefly:

It has Microsoft’s Windows Phone 8

It has a1.5GHz dual-core Snapdragon S4 processor, and it is snappy

It has 2GB of RAM, 32GB of storage (It can synch with your SkyDrive Account/Box account.

The current Nokia Lumia 1020 can be used on the At&t Network or if you are lucky you can purchase an unlocked Nokia Lumia 1020 since it is a GSM Phone, those of us that have a SIM from another GSM provider here in the U.S. can use the phone on these BANDS: Looks like if I do want the camera power of the Pureview 41-Megapixel, I can switch out my Current SIM and use it in this phone…and keep my $55/month unlimited plan. Sweet.

The Nokia Lumia 1020 takes the Smartphone to new levels of excitement. We have all taken a picture that was too bright, or not enough light, or blurry, or just wasn't the perfect picture. Some even carry around an actual camera! But we all have access to high storage capabilities with SkyDrive, Box, DropBox, and others.

The Nokia Lumia series with each release has shown that you can do something different with the smartphone. I was a Blackberry, Android user for many years. Windows Phone 8 was an adjustment, but the Nokia Apps, that are custom built for the Windows Eco environment, like their HERE Maps, and Nokia Music, and others. You have to give the Windows OS, a chance. I didn't think I would like it but the Nokia Lumia series have proven to be quality smartphones. The Lumia 1020, with its powerful 41 megapixel camera takes creativity to new levels.

So news across various forums have been positive for those that have purchased the Nokia Lumia 1020, from Microsoft stores at full price, and then contacted At&t and asked for the SIM unlock code. And others have used the sly reason as they are traveling overseas and need the SIM unlock code(that's your conscious not mine!). Those that have gotten it unlocked have been able to use it on T-Mo network which means you can use it on Solavei. Great Phone, with more places to use it. Time to go purchase it right away!

Nokia Canada has sent out a tweet that will make Canadian's happy.

Rogers and TELUS. will be carrying the Nokia 1020 soon, how soon, well they didn't say, but usually when they announce that its officially coming, it should be around the corner, so to my friends up north, I hope its sooner than later! :-)