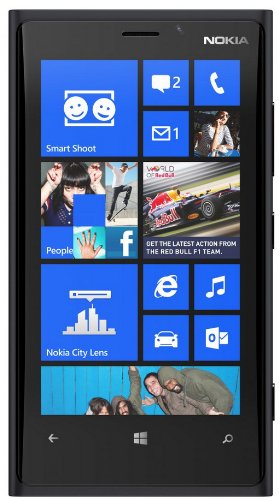 Which Cell Operating System Do You Use?

Currently You Use Which Cell Phone System?

Because of the release of the Nokia Lumia 1020(I will have Hub about that one Soon!), the Nokia Lumia 920 (The Phone I Have) has had a significant drop in price. You can search the web or via the listings on my Hub, and find an unlocked Lumia 920 for under $400. It is still a great phone, and the longest that I have had for a long time. I don't feel the need to upgrade as it has surpassed my needs then, as it is now.

For My Lumia 920 UK Lovers across the pond check the bottom of the article, I think Christmas comes late for you guys in January, but earlier than the rest of us here in the US.

The Nokia Lumia 920 Developers Edition is a truly unlocked device. Unfortunately, unless you attended Microsoft's Build conference or know someone that works at Nokia, you probably didn't get your Nokia 920 Developers edition for free. This hub is for regular folks that don't know about spectrum, and bands, and AWS, LTE, PCS, 3G,4G, Faux 4G. Periodically, I will update this hub with more information that I find. For now this is just to keep it just simple for the rest of the world that don't care about the details, and just wants to know if it will work on their plan/carrier.

The At&t Lumia 920, only works with At&t. The device is carrier locked, which means, that you have to beg and plead, and bake some cookies and give it to At&t to see if they will give you the unlock code for the phone. Yea in my opinion, if you buy a phone at full cost, you should be able to get an unlock code, but as of today December 1, 2012, At&t is not offering consumers, or anybody for the matter those codes.

So if you are looking to purchase a 920, because you don't want to use it on At&t, don't buy it unless you want to and just use At&t until they release the unlock code. I can't tell you when it will be unlocked, and nobody out there can. If someone or an online retailer says they can unlock it for you, they are lying. The full cost of a At&t no contract Lumia 920 from what I have seen has been sub $500. International versions of the Lumia 920 have been $700+. When the At&t version becomes unlockable you might be able to use it on T-Mobile but no guarantee.

The Nokia International Version of Lumia 920 may work in your area if you have one of the new T-Mobile markets that have been upgraded. The new upgrades were to help those people that have iPhones, operate on the T-Mobile network. To my knowledge T-Mobile only has a handful of cities that can take advantage of the international Lumia 920. The international version, I mean from places like Canada or even the UK. Rogers Wireless sells the Lumia 920, and they actually will let you unlock the device for a $50 fee, but you have to be in Canada to purchase it. Have any friends or relatives up in Canada aye? If no, make a trip up north, check the exchange rate, and you might actually save some money on the purchase.

Again, if you have T-Mobile, contact them and verify if you live in one of the handful of cities they have upgraded their network, to handle the new iPhone. If you want to be technical, ask if your area has the new upgraded 1900Mhz coverage.

So again, any 1700/1900Mhz unlocked GSM phone on T-Mobile and most international GSM phones already support T-Mobile's HSPA+ bands, but if you want to bring over any other unlocked AT&T device to T-Mobile, you'll need to be in an area where 1900MHz spectrum has been enabled.

If you search on the web for sites that you can buy from other people, like auction sites, or that list, called craig, make sure you ask for the box of the Lumia 920 that they are trying to sell you. If it doesn't list at least the 1900Mhz or if it says At&t, and you don't have At&t, be warned.

The Nokia Lumia 920 Developers edition, is a truly Global phone. This is the phone that is capable of most all the major GSM carriers in the world. It has support for At&t, and T-Mobile. Why Nokia just doesn't build this phone, and sell it this way is beyond me. But they only made this phone in limited supply, for their developers who in turn put it up for sale across the country. So if you can get your hands on one of those Lumia 920 Developer editions(I did!!!!), all you need is a sim from your provider, because the device is already unlocked and ready to go. Good luck, and I will add more info later. Again, if you are looking to buy a Lumia 920, and someone tells you its unlocked, unless it's a developers device, they are lying to you.

There are a few places online that are selling the Nokia Lumia 920 International version and they are saying it is unlocked or they are showing T-Mobile and other wireless carriers next to the picture. The first thing you need to do is create an account with the place you might buy the phone from so you can easily interact with their customer care department. Before purchasing send an email so you have proof and ask them if it will work on your carrier. So in case you get it, you have a paper electronic trail that will help you get a refund if that is possible.

Of course you could always wait until the 6-month exclusive contract ends with At&t around April of 2013 and see if Lumia releases this beautiful device on other carriers. The current Lumia 920 is not compatible with Verizon or Sprint.

1900Mhz Locations, where you can use future Unlocked At&t Lumia's and any International Unlocked Lumia 920 on T-Mobile/At&t Network in the United States. There are about 37 Markets where you can use the Nokia Lumia 920 unlocked with 1900Mhz listed on the Box. So if you live in these markets, smile, and know you can use it with great data speeds. Again, your red flags should pop up if someone tries to sell you an unlocked At&t Lumia 920 and they tell you it can be used on T-Mobile, it can't, and don't buy it unless you are willing to wait until May 2013 or so for At&t to offer/sell you the unlock code. Rogers Wireless offers their customers a $50 charge to unlock their Lumia 920 which is compatible with T-Mobile, but again, you have to purchase it in Canada, or various retailers online will help you obtain one.

The version released in India has these specs:

Be wary of what international phone you get especially if you want 4G, this looks to be just a 3G phone which for most user will be enough.

So I found a story that says the Lumia 920 will be available on more carriers in the UK, come January sometimes. Congrats, I hope it is true. Check the links

So Nokia announced that the rest of the world should get the update that was already released to Att customers in the US. People like myself who have a unlocked developers edition have not received this update yet. I use my phone on Solavei 4G service www.solavei.com/jsimple and of course no updates have been available. So between now and March sometime the rest of us, hopefully will get this update. If you get the update and have an unlocked phone like mine please leave a remark and where you are located so we can get an idea of where and who is getting the update. Spread the Nokia update love y'all!

For us Developer Lumia 920 Device owners, the Portico Update is finally here. I believe it was released March 21st. My phone was set to check updates every two weeks. I decided to check for updates today, and my phone is downloading the Portico update release. Finally, my Lumia 920 is happy.

So the official word from Nokia is that they have released the Amber Software update to US Carriers, Verizon, T-Mobile, and At&t. As you will know by now, it doesn't mean you will get the update right away, it takes time for a roll out. But the new Amber features will be coming soon.!