Now Touch The Sky With The New Airtel 4G Service 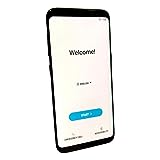 I have used mobile internet of almost all the telecom service providers in India but for me Airtel is the Guru of all when it comes to providing internet service. It was during my engineering days Airtel had launched its 2G service, at that time Airtel was probably the first telecom operator to start 2G internet service & from my experience let me tell you till date I have never experienced such an incredible 2G service on any other network. Moving on, Airtel launched its 3G service as well & believe me it’s the best service till date.

Today is that day when Airtel has launched its 4G service all over India. Airtel’s new 4G service will help all the Indians to crack the speed code on the go. With Airtel 4G service one can download movies & videos at a lightning speed.

A month ago, I got an Airtel 4G SIM with my new Redmi 2 smartphone & I was just hoping for Airtel to start its 4G internet service. Today is the day for me & billions of Indians like me to get the real feel of Airtel’s 4G technology.

With an Airtel 4G SIM one can access data on the go, plus the quality of calls will be much-much better than those on 2G/3G networks.

All 4G networks use LTE or long-term evolution technology, which is the latest in mobile technology, so one should have a 4G ready smartphone for using an Airtel 4G SIM for accessing all its 4G specific services. Now a day’s most smartphones are 4G ready, so it’s easy to go for an Airtel 4G connection.

My Redmi 2 smartphone has one LTE slot which will allow me to access Airtel 4G internet at a lightning speed. I would prefer an Airtel 4G connection because 4G is much-much faster than 2G/3G. I won’t have to pay anything extra to use its 4G services. All my voice calls will be charged as usual. As far as 4G data tariff is concerned, it’s gonna be worth putting my money on. I believe no one wants to get bogged down by slow speed & frequent disconnections. I don’t mind paying extra for 4G internet & I believe everyone reading this would agree with me.

Airtel 4G service will prevent calls from dropping & its super fast long-term evolution technology will allow downloading of YouTube videos, music & movies at an unbelievably faster speed & in quick time. So why wait, just get the best for you and your family. You should also encourage your friends as well to use Airtel’s 4G service.

With Airtel 4G service, India is going to make rapid progress in the field of telecom. It will allow people like me to work on the go & connect with their worldwide clients through internet, messaging & voice calls. So don’t wait, get your Airtel 4G connection today.

Will You Use Airtel 4G Service?