Are Smart Meters Risky to You and Your Family?

Do you have or want a smart electric monitor at your home?

Would You Want One If...

The electric company, police, marketing companies, or others could learn your personal habits?

What You Don't Know Can Hurt You!

An odd phone call led me to discover some unsettling information about Smart Meters this week. Actually, the phone call was the second event, but the first hardly seemed worth a notice.

We'd gotten a "special offer" from our electric company in the mail on Monday. They would be happy to install (for FREE!) an energy-saving thermostat (at NO COST to us!) to help decrease our electricity use. Our utility provider would "assist" us in monitoring the temperature of our house. The brochure claimed "most people don't notice a difference" when the company runs the heat pump in 15 minute cycles.

I couldn't help but wonder how many people would happily turn over control of their physical comfort. Sure, it was advertised as a green technology that would reduce the user's carbon footprint and decrease use of fossil fuels and coal. Sure, it would "only" operate from Monday through Friday. (Why not all the time if it's so unnoticeable?)

But back to the phone call that prompted me to look into how electricity monitoring is affecting our lives and our health these days... and why "smart meters" are generating controversy by groups that say they pose cancer risks, invade privacy, and cost too much.

Have you felt uncomfortable about the amount of information that is "out there" about you?

Big Brother and the Phone Call

We were watching the popular reality show "Big Brother" when the phone rang. Our teen's school friend was in near-hysterics as she recounted that she came home from school in the afternoon to find a police officer in her room. "It smells like pot in here," he said, as he opened dresser drawers, poked around in her closet, and peered under her bed.

In fractured pieces, she said that the police had received an anonymous tip that someone at her house was growing large amounts of marijuana indoors, that the energy company had reported that her household was using five times the amount of energy as other homes in her neighborhood, and that the police disconnected their electric meter and took it with them, leaving her family without power. Her dad's girlfriend had opened the door for the police and said it would be fine if they took a look around, since she knew nobody was growing marijuana in the house where she, too, lived.

Later, my husband and I tried to make sense of the teen's story. The police had not made an arrest, so how could the power have been shut off? If the bill hadn't been paid, then the utility company would probably turn off their service, but no police would have searched her house. How could the police take an electric meter?

It was odd, but really none of our business, we concluded.

Five days later, there is still no electricity at her house. She called me today to ask if I'd allow her to wash a load of laundry so she would have clean clothes for school tomorrow. I was shocked and surprised to hear this, and wanted to find out more about the legal implications of the police taking a family's ability to use electricity or keep refrigerated food.

Many electric companies monitor for unusual activity - sudden spikes in usage can reveal problems before a homeowner becomes aware that a problem exists. In some areas, electric companies now work with the police to target marijuana growers by automatically reporting households with unusually high usage, which can result from using high-intensity lights. As much as 1% of the entire nation's energy consumption could be due to marijuana "grow houses," according to the New York Times.

Some utility companies admit they feed information to the police. In other cases, police agencies subpoena customer's energy bills to support their own investigations.

Although I never found examples of police agencies interfering with a household's access to electric power, I did find other disturbing information. Energy monitoring has been used to target indoor marijuana growers - something many people might approve of - and is now being used to target pretty much everyone else. Nearly every search result about "police remove electricity meter" and related terms talked about something called a "smart meter."

I don't like making sweeping statements without good sources of information, though, so let's look at the information supporting these claims in the following sections.

Consumers Vs. The Power Grid

Smart Meters and Electricity Use

California residents who received smart meters from Pacific Gas and Electric (PG&E) were told that their bills would decrease. Instead, an anticipated $200 bill turned into an $800 nightmare!

The complaints were so numerous that CBS investigated the matter in 2010. At the time, consumers were told they had to accept a smart monitor or go "off the grid," meaning they'd be forced to provide their own power.

The CBS broadcast is shown here. PG&E's spokesperson, Andrew Tang, acknowledges that the company has plans to control consumer's power when it's deemed necessary. He appears to stumble over challenging questions, like why PG&E failed to address consumer complaints effectively.

As the complaints continued to roll in, California legislators hired a study that reportedly found that smart meters are accurate. However, consumers are now permitted to opt out of having one installed and keeping their analog devices instead - for a $75 initial fee plus a $10 monthly surcharge.

Alliant Energy decided to hold off on installing the controversial meters in Iowa and Minnesota, in part due to concerns about higher costs, according to Bloomberg BusinessWeek. The same article reports that other companies have decided to postpone rolling out smart meters to see how other utility companies solve customer service conflicts over the newer technology.

Measure EMF in Your Own Environment 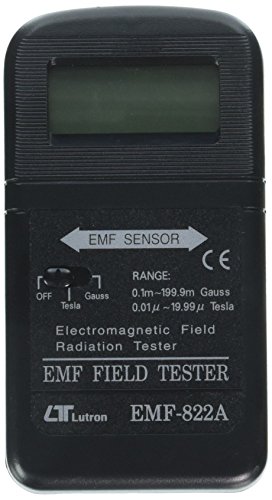 Health concerns have surrounded the use of smart monitors, too, although the link appears to be weak so far.

The device emit electromagnetic frequency (EMF) waves, also called RF for radio waves. This is the same kind of radiation that people are exposed to when they use a cell phone or operate a microwave. Any electric household appliance emits some degree of EMF. There has been a great deal of controversy about how much exposure to EMF is actually safe for humans.

According to the National Institute of Health:

Studies conducted in the 1980s showed a link between magnetic field strength and the risk of childhood leukemia. After reviewing more than two decades of research in this area, NIEHS scientists have concluded that (there is) a weak association between increasing exposure to EMFs and an increased risk of childhood leukemia. The few studies that have been conducted on adult exposures show no evidence of a link between residential EMF exposure and adult cancers, including leukemia, brain cancer, and breast cancer. Based on these reviews, the NIEHS recommends continued education on practical ways of reducing exposures to EMFs.

That doesn't sound too alarming, right? I mean, it's a weak link, and only affects children! But what if a curious mind looks deeper into the topic?

Do we have enough research to conclude that EMFs are either safe or harmful?

Is It Premature to be Alarmed? Could This Just Be a Conspiracy Theory? 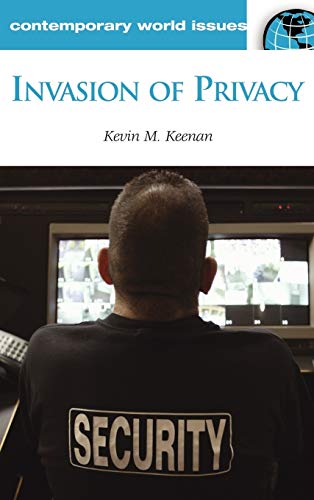 Invasion of Privacy: A Reference Handbook (Contemporary World Issues)
This book provides a comprehensive and convincing argument that being cautious about privacy invasions is extremely important today by examining historic abuses of power by government agencies in the U.S. and abroad.
Buy Now

Smart meters presently installed in most homes don't yet have software that details full data, but they are designed to work in conjunction with software that opens communication lines between your appliances, electric outlets, and the utility company, as shown in this graphic from GE (General Electric), who manufactures one such application.

Watchdog groups predict that marketers will pay big money to get their hands on the kind of data these products provide because it gives them more tools to influence consumers' decisions and spending habits.

In a country where utility companies and police agencies are working together to target alleged criminals, this kind of information is terrifying to consider. As I described in my articles on victimless crimes and legislating morality, recent years have seen alarming trends that hurt law-abiding citizens.

I don't know if any laws were broken by the family we know. I know that a young woman has no refrigerated food and can't clean her clothes right now because a company they pay each month and a police agency somehow worked together - even though nobody was arrested.

I don't know if the "smart thermostat" that was promoted to us contained any software to monitor our household activities. It certainly didn't mention anything like this in the brochure, but it did say it would remove our programmable thermostat and replace it with their own.

In a society where people are tricked into surrender freedoms for convenience one tiny step at a time, and don't perceive the effects until decades later, one thing is certain: In the final analysis, I'll opt to pay a surcharge to keep my analog monitor for as long as I'm able.