Social Networking, A Positive Thing or Avoid It At All Costs?

Are social networks positive, or are they a vehicle for cyberbullying?

In the case for social networks, they CAN be useful in helping to find a job, perhaps helping an adopted child, helping to raise funds for someone who is ill or helping someone who was separated from family at a young age to find that family again. But in the grand scheme of things, I believe that social networks are used far more often for bad reasons instead of good ones.

Social networks used to embarrass someone, abuse them, and humiliate them can even be said to have crossed the line into electronic child abuse, if children are allowed to be on them at a young age. Even adults can be victims of this kind of abuse. The abuser finds it so much easier to say things online, when they cannot see the "victim's" face, see tears rolling down their cheeks... it's "easier" to say things that one perhaps would never say to a person face to face.

If somebody says something awful to a person IN person, they would see their tears, see the quiver in their lips as they were about to start crying... and if a person does have a conscience, they would stop what they are doing. Too many people in a social network setting cross that line and continue even though what they are doing is very hurtful! Perhaps that person (the abuser) has been hurt in their own life, and they find social networking to be a place to "lash out" and hurt someone else purely for the "sport" of it. But I believe that sometimes, the hurting is not even intentional, that it happens due to posting something without THINKING about it first.

The Pain Caused By Social Networking Can Be Detrimental

The pain that can be caused by social networking sites can be both phenomenal AND psychologically detrimental. Think of all the suicides you hear of taking place by teens who are bullied by others or humiliated with hurtful or embarassing pictures. In my opinion, being a teen is hard enough without this extra vehicle for abuse. Maybe that's just me.

There is even a site that I was unaware of when deciding to write this article, called "Formspring" that is used solely for the purpose of posting hurtful things about people anonymously! Who in their right mind ever thought to CREATE such a thing?? Ok, so they probably are NOT in their "right mind". Unfortunately, we DO have people in this world that do not have the conscience that most of us are born with. That's the reason we have predators and serial killers in this world!

Some do not ever go that far and cross that line, but the Internet CAN be a "fun" playground for those who are out to hurt, abuse and humiliate others. And in a way, it can be said that they ARE committing a crime. We've probably all heard about court cases in which a teenager ends up committing suicide because of cyber-bullying, and those "bullies" often get away with it!

I came across a study that had been done, showing that teenage drug abuse is more likely to start at a younger age by those who have access to social networks. They see pictures of their peers drunk or "high" and think they're humorous, and sometimes CAN arrange to experience it for themselves. According to the National Center on Addiction and Substance Abuse (CASA) at Columbia University, social networking teens are five more times likely to use tobacco, and three more times likely to use alcohol. If that wasn't enough, they are also twice as likely to try marijuana than teens who do not spend any time on social networking sites!

These surveys, which also questioned adults, also found that nine of ten adults do NOT believe that social networking influences kids to try smoking, alcohol or drugs. Nine out of TEN don't believe it! The facts alone should strike fear into the hearts of parents whose children participate on social networking sites. Only 64 percent of those parents actually monitor their child's social networking page! Parents, who are still the child's biggest influence in their trying alcohol, smoking, or drugs, should provide a consistent unified front against these abuses.

You can go on social networking sites with the belief that you will only use it for positive purposes, and monitor it carefully. But the fact still exists that you CANNOT control the anonymous and sometimes not so "anonymous" poor actions of others! And you have GOT to be fully aware and careful NEVER to post anything that can get you fired from a job, land you in jail, or that could cause insurance to be cancelled or investigated.

Another thing to always be careful of is to NEVER post your full birth date (leave the YEAR off of there) that information could end up being used by someone with the intention of identity theft. Also, NEVER announce when you will be out of town, away from home. To do so, you might as well announce to the world that your home will be EMPTY for a period of time, c'mon over and rob us!!

Tendencies Towards Oversharing And Narcissism

Some people do have a penchant for "over sharing" on there. Do you honestly think that ANYONE wants information on your chin hair (if you're a woman!) OR the color or content of baby spit up or any other bodily function of infants... ewwwww. Or, do you honestly think that anyone wants to know if you have just gone through the drive thru at McDonald's?

Narcissism is a prevalent, overwhelming occurrence on these sites. Many times when I did visit one of the social networking sites, I would think to myself that they needed to supply a "TMI Alert" key on there, "Too Much Information!"

Another thing to be watchful for is "cyber stalking." You know if a person has crossed that line if someone you barely know is always commenting on things that you have posted, they show up consistently at the TOP of your "friends" list even though you barely know them, OR, the minute you sign on to your page, they start to send you "instant messages." Unfortunately, it can go even farther than this to the point that it is not just annoying, but becomes criminal, especially if it happens "IRL" - in real life. Do not hesitate to get police involved if it ever crosses that line.

There was a case not too long ago of a young lady in the northeastern United States who was fooled by someone who had posted a fake profile on Facebook. She was lured to a location and duct taped and placed in the trunk of a car... all by a guy who intended to "rescue" her later for the publicity. Things went drastically wrong, though, and she lost her life. After this happened, I read that a lot of this young girl's friends had deactivated their Facebook accounts. I think this exodus from social networking is going to continue and eventually the popularity of these sites will fade.

Knowing all of this, I have to ask myself, is it even WORTH my time to be on a social network? The answer that I came up with was "no." Now, each person has to make this decision for themselves, but I found it easier to keep a profile page, and to "de-activate" it when I am not going to be on there. I ONLY get on there once in a while just to see what my other FAMILY members are up to, perhaps see pictures they have on there. I can probably count on one hand the number of times a YEAR that I visit a social networking site, and then it is only for this purpose.

The solution for this lies in RESPECT for others, and treating others as you would if you were in the same room with them, face to face. If you can follow this guideline and be cautious and very aware NOT to "share" too much, you will probably be OK on there. I've chosen to believe that being there is a waste of time, and not productive. Therefore, I have made the choice NOT to be involved in social networking. The decision is up to you, though. Hopefully you will find the answer that is best for you. Be careful out there, it can be a crazy place! 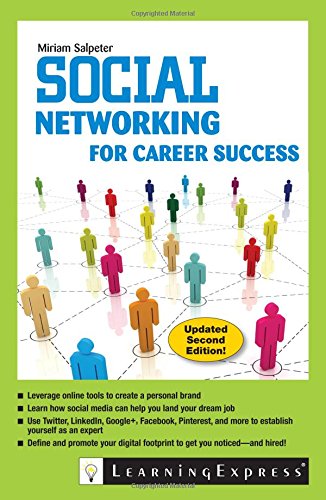