My advice is, if you have the old version of the WiiFit, then get the WiiFit Plus!  You can buy the game for only $20, which is a lot cheaper than the price of a regular Wii game.  In fact, it is less than fifty percent.

The first reason you should buy a WiiFit Plus is the new games.  I have to admit the ones on the original WiiFit were incredibly boring compared to these games.  For example, there is a snowball fighting game where the player must duck behind a wall and then come out at a proper time to toss snowballs at people who are throwing snowballs at you.

There are also several running games were the player makes use of running in place on the WiiFit board.  One of them is an obstacle course where you must run past swinging giant balls.  It’s like playing a Mario game, except you really are running and jumping.

Similar to the running game is a biking game.  The player uses running in place to “pedal”, and the motion-controller as sort of a handlebar.  It feels a lot like real biking, and there is a lot of great scenery at the advanced stage.

In addition to the running and biking games, these games teach something that wasn’t in the original WiiFit: rhythm.  For example, there is this one game where the player has to stomp their feet in a marching band, as well as raise their hands to the beat.  There is a Karate game that is similar in its goal of the player keeping time, this time with special karate moves.

Best of all, Nintendo fixed some of the things that were problematic with the first WiiFit.  For example, if you wanted to switch someone out on the original WiiFit, than you had to back out and practically quite the game to switch players.  Now, there is a simple “Switch Player” option.

All in all, I would recommend the WiiFit Plus as a wise purchase, especially if you have the original WiiFit.  Also, if you have a desire to lose weight, then perhaps this will help you burn calories this year.  Granted, most experts do not accept that the WiiFit as good as a gym, but hey, you might as well shed some calories while you have some fun playing video games on the Wii. 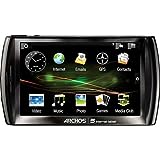