Playing an Instrument without Touching It

Many people have never heard of a very interesting instrument. Called the theremin, you actually play it by holding your hands above it and moving them in certain ways to get certain sounds, without touching the unit itself.

The theremin has a very distinct sound, and it is marvelously adaptable for playing all sorts of things from classical music to rock.

What is a Theremin?

A theremin is an instrument that is sort of like an electronic box with antennas. It is played by the musician moving his or her hands in the air above the instrument and not touching it. It creates an unusual and distinct sound, almost an electronic whine or a singing soprano. It's also been compared to the sound from playing a hand saw as a musical instrument.

First created in the early 1900s in Russia by Leon Theremin, the theremin was part of a plan by the Soviet government who was trying to develop proximity sensors so they could know when people were coming close. Leon patented the theremin in 1928 when he came to the United States.

Get an Inexpensive Theremin

Burns Theremins Great Sounding Theremin at a Great Price
This is a cheap version of the theremin. It isn't going to sound the same as ones that cost hundreds of dollars, in fact this version is often called the toy version, but it will allow you to lean more about these fascinating instruments without breaking the bank.
Buy Now

How Does It Work?

Basically, a theremin is a box with a couple of antennas attached.

It works by sensing your hands near it. Each of the antennas puts out an electromagnetic field that is altered by your hand moving through it. One antenna controls the pitch, the other makes the volume go up and down. Each hand plays a different aspect depending on which antenna the hand is near.

Theremin players need to hold their hands just so and move them very precisely in order to get the right notes. It is a bit harder than people expect.

Theremins are great instruments and their sound works well for many different types of music, most commonly classical and rock.

The Rolling Stones - albums "Between the Buttons" and "Satanic Majesties Request"

Lothar and the Hand People - many songs

Some people also believe a theremin was used during Good Vibrations by The Beach Boys, but it actually is a different type of instrument with a similar sound.

Get Some Theremin Music 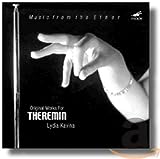 Theremin
If you like the sound of the theremin pick up some music. There are several different CDs out there in many different genres that feature this strange instrument. Click on the CD to the left to go explore the variety on Amazon.
Buy Now

Not long after they were created theremins were fairly popular. Everyone was astonished at the strange electronic instrument and the weird noises it produced. There were concerts and a few dedicated musicians. It wasn't a commercial success, but it was something odd that people needed to see.

Some people make their own theremins. There are many instructions on the Internet about how to do it, and it's not too complicated a process for those with electronic and wiring skills.

Theremins in the Movies and on TV

You may have heard a theremin before now and not even realized it. Theremins have such a unique sound that they have been used for several shows.

The Day the Earth Stood Still

The Thing (from Another World)

Many people will be questioning why Star Trek is not on this list. Although most people think the theremin is played in the theme song, it actually is a soprano singer making those sounds most of the time, and the other times it's a synthesizer. It just really, really sounds like a theremin and many people use a theremin to replicate the sound.

Get Theremin the Movie

Playing Over the Rainbow on the Theremin

What do you think of theremins? 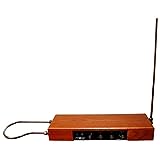 Moog Etherwave Standard Theremin
Like this instrument and think it looks like fun? Get a very nice theremin now and start playing!
Buy Now