Things You Need to Know About Kindle

Kindle is a software and a hardware device that allows you to read Kindle books on the go!!

Things You need to know about Kindle

First released by Amazon.com on November 19, 2007, Kindle is a software as well as hardware platform used for displaying of e-books and other digital media. After the release of first generation Kindle two newer versions of Kindle have also been released that are Kindle 2 and Kindle DX.

The Kindle hardware device doesn't need a connection with the computer and Amazon Whispernet can be used on Kindle for free. Free internet access is provided in the US over cellular networks on the Kindle. Electronic paper Display a brand of E Ink which features 16 shades of gray is used by Kindle device. Kindle uses Linux-2.6.10 operating system.

Amazon released a free Kindle for PC application that allows you to read Kindle books on a windows PC. It also released similar applications for various other platforms like Macintosh, Apple phones, Google phones and Blackberry.

The kindle device is embedded with an electronic owner's manual and the New Oxford American Dictionary. It can also play MP3 files in the background and the updates for the operating system are received wirelessly and installed during the device is on sleep mode.

The answer is here. It is because of following reasons
- It is easy to handle and truly portable
- You don't need to worry about the connectivity and search for wifi-hotspots wherever you go.
- The font size can be adjusted as per your requirements
- It is very easy to turn pages, bookmark pages.
- You can make notes and highlight text
- You can get newspapers and magazine on your Kindle by subscribing to it. 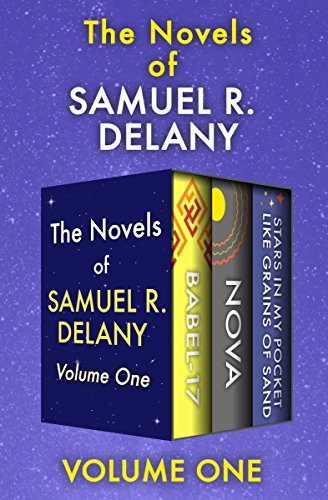 The Novels of Samuel R. Delany Volume One: Babel-17, Nova, and Stars in My Pocket Like Grains of Sand
Buy Now

Users can download the content from the Kindle Store through a computer of the Kindle itself. The kindle Store initially had more than 88,000 digital titles that could be downloaded which increased to more than 500,000 books in the Mid-April 2010. On Kindle you can also avail the monthly subscription for magazines, newspapers and blogs via RSS. The newspaper subscription charges varies from US$5.99 to US$14.99 per month, while that for magazines are from $1.25 to $10.99 per month and blogs are charged at $0.99 to $1.99 per month.