The world is still crazy about iPhones from Apple. The hype created by this cell phone has not ended. Apple’s iPhone created a buzz that revolutionized the smart phone market; however, its drawbacks such as low battery life, absence of an expansion slot and 3G, and a non-removable battery gave some room for its competitors to launch much smarter options. Before laying hands on the smart iPhone, it would be clever to consider the top 10 “smarter” phones, whose very intention is to give stiff competition to the iPhone. I think its time we look beyond the iPhone scenery. There are many other worthy alternatives, some of which may be even better than the iPhone. Here are my list of top 10 iPhone alternatives that may have been overshadowed by Apple's marketing strategies. Its sort of a wishlist, I can use them all! 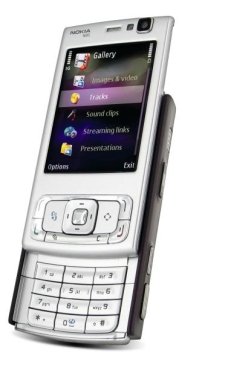 Nokia N95 is a brilliant alternative to the iPhone. This phone has a 2.8 QVGA screen, integrated GPS with Nokia Maps and a 5-Megapixel camera (Carl Zeiss optics). It has a TV-out port, which is used for viewing the DVD quality videos that can be shot by the camera. Moreover, it has the Nokia Web browser with Mini Map functionality. The only drawback of this smart phone, which is similar to that of an iPhone – no QWERTY keyboard.

This sleek and slim BB phone, which supports Pushmail, offers a wide range of multimedia functionalities. It has the QWERTY keyboard (which the iPhone does not have!), a 2-Megapixel camera and a TrackBall. Moreover, it has a built-in GPS receiver with the built-in POI (point of interest) function. In short, this phone is more aesthetically appealing than its chunky ancestors.

Unlike the iPhone, this LG phone has 3G network support. It has a QWERTY keyboard that flips open. It has a 2-Megapixel camera with video recording and a built-in GPS locator. This phone has 8 GB memory and a replaceable battery, which is not possible in an iPhone. The handset is comparatively thicker than that of the iPhone and has a bigger screen. This smart phone has an HTML Web browser and V CAST Music with Rhapsody. Even if this mobile phone has 3G network, the noted drawback is the absence of WI-FI. 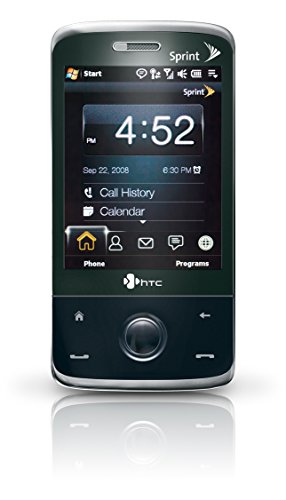 HTC Touch Pro, which is similar to HTC touch Diamond, is a better choice than the iPhone in many aspects. It has a resistive touch screen with a sliding QWERTY keyboard and removable battery. Its 2.8-inch screen has a resolution of 640×480 pixels. This phone also has built-in GPS and Stereo Bluetooth 2.0 with A2DP. Its memory is expandable up to 32GB via the microSD/HC card slot. 3G, high-speed internet facility and WI-FI are also available. Touch Pro is equipped with a 3.2-Megapixel camera with an optical focus that captures videos and supports MMS. 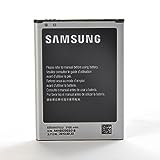 Samsung Omnia 2 presents an elegant appearance with the largest AMOLED display (3.7 inch, 480 × 800 pixels). It has a 5-Megapixel CMOS camera with lot of advanced functionalities such as photo-editor, face detection and geotagging. Omnia runs on Windows Mobile 6.1 Professional, which can be upgraded to version 6.5. Omnia 2 will be available in three different models: 2 GB, 8 GB, and 16 GB of internal memory, which can be expanded to 32 GB with the microSD/HC expansion slot. There is more! – this smart phone also supports WI-FI and A-GPS (3D map) with navigation.

Satio attempts to deliver the best multimedia experience through a mobile phone. This phone is presents many features like WI-FI, A-GPS, HSDPA network support, accelerometer and touch screen with onscreen QWERTY keyboard (similar to the iPhone). It has a 12.1-Megapixel touch focus camera with 12x digital zoom, xenon flash, geo-tagging and face detection. 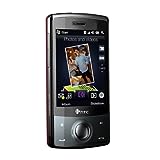 This HTC phone has some eye-catching features like a sharp 2.8-inch touch screen, whose resolution is more than double than that of its competitors. Similar to other new HTC phones, Touch Diamond also comes out with a 3.2-Megapixel camera that is capable of capturing high-quality videos and images. Touch Diamond offers ultra fast internet (downloading and surfing) with HSDPA internet connectivity allowing us to use Google, YouTube and Wikipedia with less hassles. It has 4 GB internal memory for storage of pictures, music files, etc. It has an integrated GPS facility with mapping software for better user experience.

The second Pravda phone from LG is an elegant phone with lot of superior features in comparison to the first one. It has a slide open QWERTY keyboard. The other features are 7.2-Mbps HSDPA network support, 3G (compatible with video calling) and WI-FI accessibility, full HTML browser and also a 5-Megapixel camera with Schneider-Kreuznach certified lens, which makes ‘Prada 2’ the best iPhone alternative.

Blackberry storm is a full touch screen (3.25-inches) phone equipped with an accelerometer sensor for auto-rotation. This phone has a 1 GB microSD card, and the memory can be increased upto 8 GB. It has a 3.15-Megapixel camera with autofocus and integrated flash. Storm 9350 has built-in GPS access, a high-speed browser, wireless email options and 3G network support. Moreover, it is the first Blackberry phone that offered strong competition to the iPhone.