Top Ten Reasons To Switch to a Mac

Send your own personal reasons to moving to the Mac, and I will add them to this list. Leave your comment! Thanks for making this one of the top pages in HubPages!

There has been an strong response from our readers, especially now that Mac computers are so much easier to buy. The usability factors are getting even better, also, which makes for a new generation that is not only willing, but very excited to use Apple products, including the Mac.

The Mac has risen in the last years from a computer used to just a tiny fraction of the population to a great success, with millions of users worldwide. If you follow the computer market, there is a clear impression that PCs have stopped, in terms of technological improvements, in the recent past.

It seems that every PC company has only two occupations: cutting costs and waiting for the new version of Windows. While this is happening, the Mac is improving, with new features appearing every six months or so. The Mac OS is updated every other year, improving the quality and the amount of software available. Windows, on the other hand, looks like it is frozen in the past, waiting for the hope that Vista will be a little better than XP.

In this scenario, I see many reasons to move from the PC to a Mac. Here are the top ten reasons I believe it is time to do the change:

macOS Sierra: The Missing Manual: The book that should have been in the box
Buy Now

The Mac is ready to use out of the box

Everyone has had the experience of buying a new PC, trying to use it out of the box, just to learn that you have to spend several hours doing setup work: deleting stuff, installing anti-virus, updating the whole OS, etc.

The Apple Mac has been designed to be used out of the box. When you start it for the first time, it will only ask two or three simple questions, such as "what is your name", and "what is your local time", and that is it.

You may think that this is a little thing, but it is common knowledge that the first impression is the lasting one. The Mac tries to get it right from the start.

The Mac has no widespread viruses

PCs are plagued by viruses and related problems. For years, virus, worms, and all kind of nasty programs have appeared in the Windows platform, and Microsoft has done little of nothing to improve the basics of the system to avoid these problems.

The Mac operating system (OS X) was created from beginning with security in mind, making it very safe agains common viruses. It is based on the industry-standard UNIX system, an operating system that has been used for decades in mission-critical applications.

Employing these powerful underpinnings, the Mac OS X has shown to be much more reliable to viruses than Windows. Until today there are no widespread viruses for the Mac operating system.

The Mac OS is much more intuitive to use than Windows

Graphical user interfaces (GUIs) were introduced as a commercial product by Apple. This shows how they are capable and interested in providing the best user interface experience for their customers. Studies and practical experience has shown that the Mac OS X is much easier to use than Windows.

For starters, all the functions of the system are located in logical places. For example, it is easy to configure the system, as all configuration options are located in the same place and can be easily found using a search box.

The graphical interface known as Aqua is another reason why Macs are easier to use. With high quality graphs and intuitive controls, it makes much easier to display important commands available in the applications. You will not find the cluttered interface present in some Microsoft applications, such as Excel or Word - this is a big plus for Mac users. 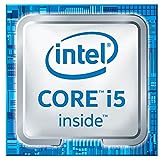 The Mac comes bundled with much more software

Another difference of a Mac is that it comes preloaded with a large number of useful programs, which on the Windows platform would cost hundreds of dollars. For example, the Mac comes with Music editing software, Photo editing software, DVD creation software, calendar and address book software, etc.

Among the best software preloaded with the Mac we can cite Garage Band, iDVD, iMovie, iCalender, Mail, and iPhoto. You can also check my list of top ten best software for Mac.

The Mac is easier to install and operate

The Mac is much better designed than average PCs. Therefore you won't see much of the cable mess that you can see behind a PCs on a Mac.

In fact, you can install Macs with little or no cabling, except for the power cable. The iMac doesn't need any additional cabling, since all parts of the system are stored in the back of the display. This makes it much easier to install, move, and maintain your computer installation.

The Mac has much better customer support

My experience with customer support from Apple has been great. The only time I had a problem they were fast and solved my problem quickly.

This may or may not be your experience with a PC company, depending on the quality of their support. But given that PC manufacturers only want to decrease costs, I don't see any reason for them to maintain a high quality customer services.

Macs cost the same or less than an equivalent PC

This is part of a mith that has always been told about Macs: the idea that they cost more than PCs. This might have been true in the past, but look at the offerings nowadays.

Although you will certainly find cheaper PCs around, the configuration is nothing close to what you really need to have a decent computer. Moreover, if you try to compare identifical configurations both on Macs and PC, you will probably find that the PC is more expensive, especially after you have to add all the software (anti-virus, etc) that you need to buy to make it work.

Macs will work out of the box, and the price tag is clear. Do the right comparison and you'll see that they are cheaper.

The Mac can run Windows if you really need it

The latest nail in the PC coffin has been released this year: Macs can now run Windows if you need. Of course, this is not encouraged by Apple, but if you ever need to run Windows for whatever reason, you still can.

Moreover, there are several ways to run windows. The parallel instalation of Windows and Mac OS is the easiest, but you can also buy Windows emulators to do the work. Now, ask Bill Gates if you can run some of the nice Mac software in Windows...

The Mac supports the same software that you are used to

Most of the software that you are used to, such as Microsoft Office, web browsers, Adobe software, image editors, etc. work in the Mac as well as Windows.

The big software makers all have product lines for Mac as well as windows. Thus, most of the well know software available for Windows also exists for Macs. In the few situations where this is not true, there is always some equivalent software in the Mac. Thus, you don't have to worry about the lack of applications -- in fact you'll probably find many more interesting options in the Mac world.

The Mac has much more style than any PC

A computer shouldn't be a source of problem, but a source of pleasure. That is what Macs try to be, using good style, well thought interfaces, and simple to use hardware.