Trolling and The Rise of the Internet Trolls

The title of this hub sounds like a science fiction movie. I wish it was. Unfortunately, internet trolling is an issue that is causing problems for many people.

Trolling is the termed used for nasty and abusive comments left usually anonymously on the internet. Click onto any news item on any website, and you're sure to find comments left by people who use the plarform to vent their vitriol, because they can do so anonymously. Often, trolling can turn into cyberbullying which has become a very real problem. Usually, otherwise nice people use language they'd never use face-to-face with other people in 'real life'. Perhaps this cover provided by the internet has the effect of making it seem less real and harmful than it really is, or perhaps these individuals don't care. Whatever the case, this is trolling and it is pretty cowardly.

According to the National Crime Prevention Center over 40% of all teenagers with Internet access have reported being bullied online during the past year.

Who are the internet trolls?

Perhaps all of us at some point have jumped at the opportunity of expressing anger in a way we wouldn't in 'real' life. However, the problem is that some people take it to an extreme, such as this article relates (takes you to the BBC News website), where the BBC presenter Richard Bacon has had to deal with a torrent of abuse that has included abuse focused at his own family members. When small scale trolling turns into cyberbullying, it's clear that internet trolling is a real and probably growing problem.

Readers will probably be aware of more and more cases being taken to court, where someone has said something particularly offensive or dangerous. Often, the punishments handed out to internet trolls can seem out of proportion with their crime.

In some cases, it's just one moment of madness – or drunkenness - that can lead to a jail sentence (BBC News link). In this recent story, Liam Stacey, a 21 year old, was jailed for 56 days in the UK for racially abusive language left on Twitter following the collapse of a footballer. Likewise, harsh sentences were handed out to people who used Facebook to incite violence during the British riots last year (2011).

Overall, it looks like the law is being specifically tough on people who use the cover of the internet to seemingly incite hatred or violence even in cases where it was never meant to be taken as such. A message is clearly being sent out.

Getting to Grips with A New and Powerful Social Medium

This tough approach to using the internet to voice certain socially disruptive opinions isn't surprising. The internet is a hugely powerful platform and ideas can have wide repercussions. Some critics of harsh sentences tend to say that punishing people over an opinion aired over the internet is contrary to freedom of speech.

But consider this: If someone were to stand up on a box on a sidewalk and start spouting vitriol and inciting violence and social unrest, they'd quickly be taken away by the police. This is no different to using the internet as a platform even if it doesn't seem like it. And that is danger of the internet. In fact, as a platform the internet is far worse than just a box on a sidewalk. Someone's voice isn't just heard across one block but potentially across the whole world.

Like everythin in life, new things take time to settle down. Human nature tends to exploit and bend the rules as much as possible when offered a new social or economic medium. The internet is no exception. It will take some time for people to become properly educated over correct internet use, and perhaps the law courts have been instructed to play their part in that respect. Pleading ignorance doesn't work as an excuse.

Certainly, younger people today don't seem to understand the consequences of what they do online. Many are getting into real problems being too vocal on Facebook for example, with minimal security settings in place. Future employers are known to have a look at a prospective candidate's online presence, only to discover aspects of a person's personality which should have been aired only at home or in a private diary. Unfortunately, it also shows an employer that a potential employee has an somewhat unintelligent approach to managing their online presence, which is criticial in this day and age.

The real issue behind trolling probably comes down to little understanding about how to manage one's online presence – and not comprehending sufficiently the far ranging effects of using social media sites to express views and opinions. Education in that respect is paramount and currently it looks like too little is being done to rectify the knowledge gap. 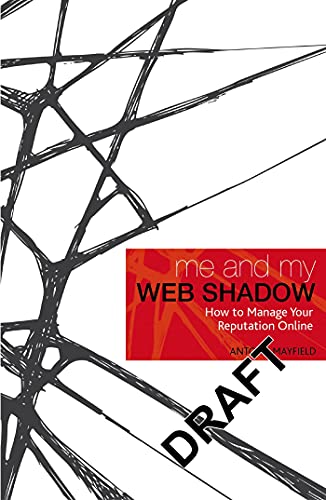 Me and My Web Shadow: How to Manage Your Reputation Online
Buy Now