Types of Laser Diodes and their uses

There are many different types of laser diodes. They vary in their structure, emission color or frequency and output power. The laser diode itself was first produced in 1962. Laser diodes, in contrast to Light Emitting Diodes (LED’s) are coherent light sources, that is, they emit light in one direction only. LED’s are like any other sort of light; incandescent bulbs, halogen or fluorescent, which emit their light in all directions.

To understand better how laser diodes are made, I have found many articles, this being one of them: http://www.madehow.com/Volume-6/Semiconductor-Laser.html by — Laurel M. Sheppard

There are many difference types of laser diode, each with a different arrangement of semiconductor layers. The basic type which uses two semiconductor layers is very inefficient. Better designs have multiple layers which increase the laser power by combining more charge carriers and trapping more light inside the waveguide. The most common types of laser diode are the heterostructure, quantum well, and distributed feedback.

Laser diodes are most commonly used in optical media players to read data from CDs, DVDs, HD-DVDs, and Blu-ray discs. They are used to produce the light pulse that travels through optical fibers to link computer networks together. Laser printers use laser diodes to create the static charges that attract toner particles to their print drums. Handheld laser pointers used for presentations use laser diodes, and they are used in devices that measure distances and check levels. More powerful laser diodes are used in surgery to precisely burn tissue, and in manufacturing to cut and etch materials.

The laser diodes we use in our systems are all “visible” wavelength (color) lasers. The first CD-ROMs used a 780nm (near infrared) laser diode to read/write to the optical surface of the disk. The 780nm laser diodes were also commercially used in most laser printers to charge the drum by scanning the beam on/off across the drum thereby charging it to accept or not accept toner to create the document.

The first mass use of Visible diode lasers were for low powered 670nm (dark red) low output power (1-5mW) laser pointers and newer CDROM’s. As the wavelength gets shorter (i.e. 780nm is a longer wavelength than 670nm, the beams focus ability gets smaller allowing for a smaller spot size and more data to be read and written to disks. From this point, companies began to research shorter wavelength laser diodes in 650nm, 640nm and then 635nm. As previously stated, as the spot size decreases, the data that can be written on a disk is increased. The 635nm (red/orange) was particularly useful as it became a suitable replacement for older helium-neon gas lasers which emitted their laser light at 632.8nm (red/orange). These eventually made it into the laser pointer market as well. The closer the actual color or wavelength of a laser approaches 550nm (green), the more perceptible to the human eye’s curve.

For example, when you driving in day or nighttime, which light do you see on the traffic light easiest? It should be green, yellow then red. This is how the rods and cones in our retina work.

In the mid-2000s, many companies such as Nichia, Sanyo and others worked tirelessly to produce lasers which omit laser light in the blue violet range. This was a quantum leap in technology and a big physics hurdle. Laser diodes with wavelengths from 400-460nm are now available with moderate to high output powers. These became mass produced for use in new Blue ray disks and laser projectors.

Looking at green for a second, it has only been since 2009 since research has led to a direct green laser at 531nm. It is still in prototype and research, but will eventually get into mainstream products. This gap in green lasers was solved by using a technique known as Diode Pumped Solid State Lasers or DPSS. In this case, an 808nm laser is used to Pump a Vanadate or similar crystal, then a KTP crystal. Within this small cavity, the 808nm light is turned into 1064nm (high infrared), then passed through the KTP non-linear crystal and frequency doubled to 532nm green. These lasers are the basis for 99% of all 532nm lasers now in market, as well as the cheap green laser pointers. Remember these green lasers appear very bright. If you look at a green dpss laser side by side the same output power blue or red laser, the green appears much brighter. Once again, this is due to how our eyes see color.

The lasers we sell all use visible diode lasers (except for the DPSS green), our wavelengths include.

Our lasers are all fitted into precision mounted heatsinks and potted with thermally conductive epoxy, air cooled and thermoelectrically cooled to provide long term use by the best heat dissipation methods.

Each laser has an adjustable collimation lens in front of the laser assembly. A collimator is a device that narrows a beam of particles or waves. To "narrow" can mean either to cause the directions of motion to become more aligned in a specific direction (i.e., collimated or parallel) or to cause the spatial cross section of the beam to become smaller.

In addition, since all visible diode lasers emit their coherent light in a stripe, the resulting beam looks like an ellipse or rectangle. We offer beam shaping optics to remove this aberration for a “roundish” shape.

I hope I have given some useful information on laser diodes. Our laser diode products can be found on our website 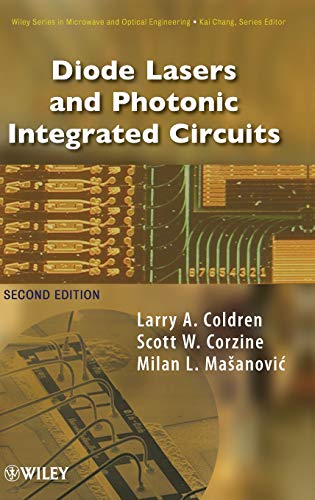