What Is 3D Printing? How 3D Printers Are Changing Manufacturing

To grasp what 3D Printing is, think of a 2 dimensional (2D) paper printer. Instead of just making one pass over a piece of paper and providing a printed 2 dimensional image, a 3D Printer makes hundreds or thousands of passes over a work area. Each time a 3D Printer makes a pass it follows computer instructions and leaves a layer of material that eventually results in a finished 3 dimensional product. Whereas traditional manufacturing involves taking a raw block of material that is molded or carved to produce a finished product, 3D Printing ads materials on each pass to produce a finished product. For this reason, 3D Printing is technically known as “additive manufacturing.”

The History of 3D Printing

3D Printing is not particularly new. What is new is its wider acceptance and use in the manufacturing of finished products. 3D Printing was invented during the 1980s by Charles W. Hull, who is known as Chuck Hull. Hull received a patent in Match 1986 from the United States Patent Office (U.S. Patent Number 4,575,330), which is titled “Apparatus for Production of Three-Dimensional Objects by Stereolithography.” Stereolithography is the technical term that Hull gave what is widely known as 3D Printing. After receiving the patent in 1986, Hull founded a company that he called 3D Systems to commercialize his patented 3D Printing concept. 3D Systems is currently the dominant company in the field of 3D Printing machines and services.

3D Printing Gets a Big Boost From General Electric

The new jet engine fuel nozzles will be created by a 3D printer in one piece, rather than the traditional assembly method that relies upon numerous suppliers that provide twenty pieces that are assembled into fuel nozzles. The jet engine fuel nozzles that are created using 3D Printing technology will be lighter, stronger, and more fuel efficient, since they will be built as one piece, rather than twenty different components. General Electric expects to manufacture 45,000 jet engine fuel nozzles per year using 3D Printing technology within a few years. One stumbling block is the fact that current 3D Printers are not capable of producing what General Electric wants on such a large scale, so the company is working with 3D printer manufacturers to develop a new generation of printers that are up to the task of mass production.

A 3D Printer In Action

Do You Think 3D Printing Will Change Manufacturing Significantly?

The Growth Prospects For The 3D Printing Industry

The growth prospects for the 3D Printing industry over the next several years are quite strong. 3D Printing has been gaining momentum for several years. General Electric’s announcement that they intend to use 3D Printers to mass produce jet engine fuel nozzles has given the entire industry a boost and will likely lead to more companies adopting 3D Printing manufacturing methods to produce products, as they realize 3D Printing can be utilized in practical manufacturing applications.

A leading industry research firm called Wohlers Associates found the worldwide market for 3D Printers and services was approximately $2.2 billion in 2012. This represents a 29% increase from the prior year. Wohlers Associates estimates the 3D Printing industry will grow revenues to approximately $6 billion annually by 2017, which translates into an extremely fast growth rate of over 30% annually.

3D Systems Is The Leader In 3D Printing

How To Invest In Companies Involved In 3D Printing

Disclaimer: This article was not written by a financial professional or a registered financial advisor. This article is for informational purposes only, and is not intended to be solicitation or recommendation to purchase any stocks or ETFs mentioned herein. Please consult a registered financial advisor to ensure you understand the risks and rewards associated with buying and selling stocks, ETFs, and other financial products. 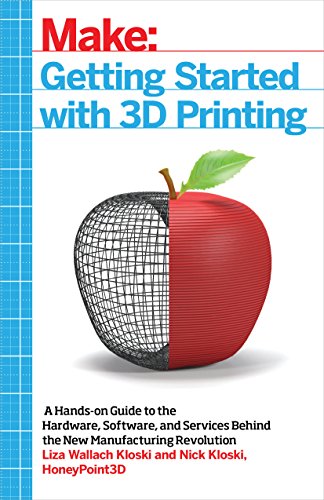 Getting Started with 3D Printing: A Hands-on Guide to the Hardware, Software, and Services Behind the New Manufacturing Revolution
Buy Now

Will 3D Printing Change the World?