What You Must Know Before You Buy HTC One

The Disadvantages (Cons) of HTC One and What To Do About It.

HTC One (code name M7) is a fantastic phone. It has many great features which made it to win many awards. Indeed HTC company has taken giant step forward in this time around, and they should be commended for that. According to wikipedia "the HTC One was released to favorable reviews. At the 2013 Mobile World Congress, it won the "Best New Mobile Device" award from the GSM Association, and received TechRadar's "Best Phone" and "Best in Show" awards. Following its release, the HTC One also received an "Editor's Choice Gold" award from AnandTech. In August 2013, the HTC One was awarded "Best European Advanced Smartphone 2013-2014" by the European Imaging and Sound Association, and at the T3 Gadget Awards 2013, the HTC One won "Gadget of the Year", "Phone of the Year", and the T3 Design Award."

Some of the great features of HTC One include elegant design, superb screen, fast processor, 2gig ram, built in universal remote control, quality aluminum body among others. It is also worthy to mention that price of this phone is reasonable compared to phones like iPhone 5S, Samsung Galaxy Note 3. But like many other great phones, HTC one has shortcomings. I feel that a prospective buyer should know these so as to make an informed decision. Some of the cons pointed out below have ways out and I have tried to profer solution when possible. I hope you sit back to enjoy this critical review of HTC One.

Critical Review of HTC One

HTC One has a 2300 mAh. This means that battery may not hold charge for a long period of time. This is a cons because many other smartphones release in this year have better battery power. Although the battery is averagely Ok, but HTC should improve on this so that HTC products can have better battery life similar to that of competitors. For example samsung galaxy note 3 has 3200mAh battery. User can consider turning off unused applications or disabling some applications in order to increase the battery life.

The battery cannot be removed by users. This means that user cannot carry extra battery when the need arises, for example when travelling. It would be better if HTC makes sure that latter editions has battery that is user replaceable. But you may still solve this challenge by buying rechargeable battery charger. The Camera Glass Placement The camera glass is put at the same level with the phone, which makes it easy to scratch. You may avoid getting it scratch by using one of the available HTC one case.

Comparison Between HTC One, Samsung Galaxy Note 3, and LG G2.

Let Us Know Your Opinion

Which one do you think is the best among these phones?

The camera glass is put at the same level with the phone, which makes it easy to scratch. You may avoid getting it scratch by using one of the available HTC one case.

Blinkfeed is probably still under development, and this makes it to have shortcomings. HTC should try to improve on this in order to make user experience a great one.

I do hope that with this information prospective buyer can make an informed decision. Please as a means of appreciating this research work, you can help me share this article with friends on social networks like twitter, facebook, google plus etc. Happy Reading. 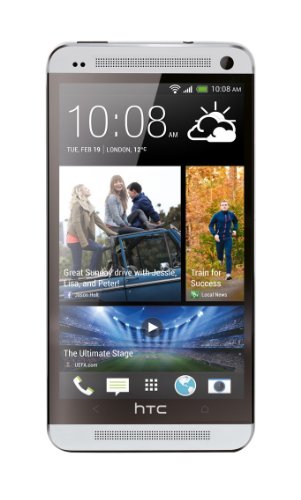