What is Your Wife's Phone Number?

The Question Didn't Make Sense in the Past

Given the cost of phone service in the era before cell phones and before the break up of the government backed telephone monopoly it didn't make sense for most people to have more than one phone line in the house or separate numbers for each member of the family.

Of course, business people and office workers had a phone at their desk at work, but these were for work and one usually did not (and still don't) give out that number to friends for social calls as leisurely chats with outside friends while at work is generally frowned upon by management.

Do You Know Your Spouse's Phone Number?

Things Were Different Before Cell Phones

In the era before cell phones people would get a phone and keep the phone and number until they moved. Even when a person moved they could often keep their phone number if their new home was in the same telephone exchange area (the exchange being the first three digits of the local phone number). And, until a Supreme Court ruling in the late 1960s or early 1970s ended the practice, most people were not able to own a telephone as phones, like today's computer software, were owned by the phone company and leased to the phone user.

Even if one did find a phone for sale on the market it was usually useless as the phone company owned the phone line and network and refused to allow people to connect equipment not owned by the phone company to the company's lines and network. The result was that people had the same phone and phone number for years. Since phone numbers were closely linked to a household for a long period, people usually remembered their own number and the numbers of close family and friends. 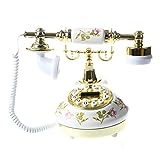 Practically Everyone Has Their Own Phone Today

First, like shoes or other articles of clothing, cell phones have become common items that people buy, use and discard when the next style comes out and, with multiple carriers to choose from, people often get new cell phone numbers when they get new phones making it impractical to try to memorize their phone number.

Second, while recent changes in the law now require companies to transfer phone numbers from one carrier to another if the customer requests, thereby creating some durability in the numbers, many people still don't know the numbers of family or friends for the simple reason that today's cell phones give people the capability to store their personal phone book electronically in their cell phone meaning that all they have to do is pull up the name of the person they want to call and hit the call button without having to look at, let alone key in the number of the person they are calling.

There is however, a price to pay for this convenience and that is the fact that if you lose the phone or leave it home, you also lose access to the numbers needed to call family or friends.  Of course, one can get around this by keeping a list of numbers outside the phone - the best place is in your email account or other private place on the Internet which allows you to look up the numbers from anywhere in the world where you have access to the Internet.
Just don't get arrested as the first thing the police generally do when they take a person to jail is to lock up the contents of the arrestee's pockets and then allow them their one phone call.  Reports say that police are encountering increasing numbers of prisoners who don't know the phone numbers for family or friends to call for help.  Compounding the problem is the fact that increasing numbers of people are abandoning traditional land line phones and relying solely on their cell phones for telephone service and there are no directories listing people's name and cell phone number.

Cell phones started becoming popular and affordable when my oldest son was about 16 and of course he got one as soon as he got a job and could afford it. By the time he was 22 he had had as many cell phones and cell phone numbers as I had had telephones and telephone numbers in my entire life.

Today, my wife, each of my four children and I all have our own cell phones. While I can still easily cite from memory the phone numbers that, as a child, I would recite to the operator (this was in the days when you picked up the telephone and waited for an operator to come on the line and say number please) to call my Great Aunt Helen and Uncle Walt (Butler 8 - xxxx), my Great Aunt Abbie (Genesee 5502J) or the number I dialed regularly for years to call my parents while they were still living, I don't have the faintest idea what my own cell phone number is today let alone my wife's number, which I dial regularly, or my children's numbers.

But then, I don't need to memorize my wife's number or my own number as I have both readily at hand in my cell phone.

My Other Cell Phone Articles 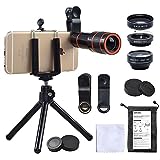