What are orgone and orgonite pendants?

Orgonite is said to have many properties

Orgonite sounds a bit like Kryptonite, the substance that could weaken Superman, but orgonite is actually something which is said to have a multitude of positive effects. It is based around the discoveries of Wilhelm Reich, who called the life force, "etheric energy" or "chi" by the new name of orgone and he claimed that this energy could be used to control the weather by means of a device known as a cloudbuster.

I had some friends in Donegal many years ago in the mid-eighties, who called themselves Solar Age Pathfinders and were led by a man called Michael Tobin, and he was using orgone and claimed that he could change the weather by cloudbusting. It was through my friends in Ireland that I first heard a lot about this subject.

Reich also maintained that the opposite of orgone and positive life energy was DOR, which stood for Deadly Orgone Energy. 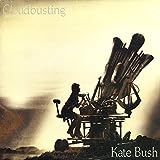 Singer and songwriter Kate Bush had a hit single with the title Cloudbusting, which told the tale of Reich and his "cloudbuster" invention and how he was persecuted by the government of his day. That Reich got into a lot of trouble for his discoveries tends to make me think he was definitely on to something and I don't see why orgonite shouldn't work.

In recent years, due to the phenomena that are known as "chemtrails" and also because of concerns about electro-chemical smog, air pollution and the dangers of cellphone towers, orgonite has become a popular remedy and tool to combat negative energies and act as a protection as well as for neutralising any harm these things are believed to cause.

I was a chemtrail-believer when I first found out about orgonite, although I no longer believe these trails are harmful and accept that they are persistent contrails. However, when I was worried about them, I heard Freeman talking about how he wears an orgonite pendant to protect himself from these trails. I bought such a pendant from Orgonise Africa, and wore it daily, and although I cannot report any benefits from it personally it looks attractive and you never know.

Recently, I bought some CDs of Tibetan mantras and the Blue Sun, the company I bought them from, sent me a free chunk of orgonite. I have it by my PC to help neutralise the potentially harmful radiation from the machine.

Basically orgonite is a mixture of inorganic metal shavings held in organic fibreglass or epoxy resin. Quartz and other semi-precious stones can also be added and are said to boost the power of the orgonite.

Orgonite is being sold as cones, balls and pendants but there are also free instructions given on many websites as to how to make your own.

Don Croft in the year 2000 did some research and experimentation and has added to Reich's original cloudbuster design to create the "chembuster" that also incorporates orgonite.

It is said that orgonite can help plants grow and improves the health of people and animals that are in its vicinity. It is recommended that orgonite is put by or on computers, on fuse boxes, on or by Wi-fi routers or TVs, and outside the substance is said to help combat the potential electromagnetic dangers of pylons, mobile phone masts, microwaves and HAARP.

Does orgonite work? I really can't say. I would like to think it does. Many people claim it works and others say it is an example of pseudoscience and a con. This article is for information purposes and I will let you decide for yourselves.