The answer is simple. These models from the Nokia Lumia line are not upgradeable to Windows 8. And this is not a small thing. It should be viewed as a deal-breaker and as a sing of Nokia's disrespect towards their most important customers; customers Nokia are dependent on for their survival. To some users this might not sound like a big deal, but I believe you should not buy a 2012 smartphone that cannot run the 2012 version of its software. For one, it means it's hardware is simply not good enough for 2012, let alone have any chance of competing properly in 2013.

Why should I care about Windows Phone 8?

When you have a smart phone, you are supposed to be able to use it for all kinds of things utilizing all kinds of apps. And one of the most important things an OS should be able to provide is a wide selection of apps that you could install on your phone and use for whatever you need. Currently the only two mobile operating systems that have managed to attract enough third-party developers to populate their app-stores with a wide variety of useful applications are Apple's iOS and Google's Android. All the rest are still struggling and one of these ecosystems that is having a hard time going off the ground is Windows Phone, especially WP7.

So with Windows Phone 8 and its better interoperability with the desktop version of Windows 8, Microsoft are hoping to start remedying this problem and if you are stuck with a Windows Phone 7 device in your hands, you will miss a great deal of that action. Actually Windows Phone 8, Windows 8 RT, Windows 8, and Windows 8 Pro all share the same kernel, which means that Microsoft has managed to essentially make personal computers, tablets and phones run on the same platform. This is an amazing feat which is supposed to make it much easier and cheaper for developers to make Windows Phone 8 versions of their Metro-style Windows 8 applications. And if you buy any of the Windows 7 Lumia devices (610, 710, 800, 900 and the expected new ultra budget device 510), you are surely going to miss on all that action. You are going to be left with a device that has been built outdated running a platform that no app developer would care about (very few did before the release of Windows Phone 8 while the older operating system was still the current one).

Why was this allowed to happen?

Let's start by making one thing absolutely clear. Nokia and their CEO Stephen Elop allowed this to happen knowing full well that it will make all the Lumia owners unhappy and annoyed to say the least. Some people might see the current situation as Microsoft sticking a knife in the back of their most important partners, but this is surely not the case. Nokia could have easily built the Lumia line (or at least the 2012 flagship the Lumia 900) with dual-core processors and higher resolution screens, but they chose a different tactic. They tried to sell last year's hardware as something up to date. This was evident even before it became clear that the current Lumia line-up is not going to be upgradable to Windows Phone 8 and Nokia were bound to lose any spec comparison with the competition from the start. I don't blame the current Lumia owners for feeling sold out and let down.

So why did they do it, you ask? It's also a simple question. Nokia did it to cut costs. Stephen Elop was hoping to sell user experience and design instead of pure processing power, but chose the easiest, but certainly not the best way to do so. They were so busy with their survival that they forgot to look at the big picture. Now everybody that decided to trust them and go for their extensive advertisement campaign for their Windows Phone 7 line would feel cheated on and would probably have second thoughts about trusting the Finnish phone-maker again. I don't blame them. It is a big blow on the company's reputation and it's a deserved one since Nokia were so eager to move to their new platform of choice, that they forgot that their current customers need to be happy with them, for them to be able to regain their market share. Selling out your customers is a rookie mistake and Stephen Elop should have known better. So far, Nokia have unfortunately proven that their fall from grace might have been a deserved one and it would be hard for them to recover. 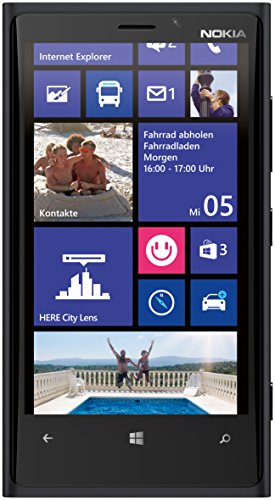 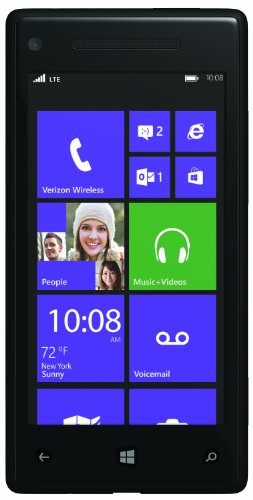 Other articles to check out

The most important thing you should get out of this article is not to buy any of the Nokia Lumia WP7 smart phones (Nokia Lumia 610, Nokia Lumia 710, Nokia Lumia 800, Nokia Lumia 900 and the expected Nokia Lumia 510) since they are already outdated both as an operating system and as hardware. I know that there are some people that are actually very satisfied with the Windows Phone 7 user experience and their current Lumia fits them fine, but if you are going to buy a smartphone, you should be able to have to most capable and useful one that you can afford. So for the people that really enjoy the live tiles interface of Windows Phone and like the build quality and feel of the Lumia line my advice would be to get on the Windows Phone 8 bandwagon with the more respectable Nokia Lumia 920, Lumia 820, or even abandon the Finish phone maker completely and go with HTC 8X or Samsung ATIV S, but jumping platforms to Android or iOS would also be a good decision. Still you need to keep in mind that Windows Phone 8 has a better chance of becoming a well rounded platform with an app store that provides enough choice, but it still isn't one and the app selection is still too limited.

The other point of view worth mentioning would be that the current Lumia line can benefit from a big price reduction that might soon turn the Lumia 900 into very nice and capable mid-range or even entry-level smartphone. But until it's price becomes more competitive, it's not a very good choice for a user that wants to do more than browse the net, use the occasional navigation app and use social networks. In the end, if the price is low enough, I would probably get my girlfriend and my mother WP7 Lumias as their first smartphones. But this is only because they are the only real smartphones that come in pink and are actually very easy to use and get used to.

Read more about technology at www.flawedgadgets.com.