Have you ever wondered what the best or most popular ram for gaming is in a particular year? In this post I'll give you a look at what most consumers think as well as my opinion on what ram gives you the best value for your money.

In addition I've written a guide for everything you need to know about memory as well as where you can go to see which ram is the most durable and has the lowest RMA rates. Before you go, don't forget to participate in the open discussion area below.

When it comes to ram gamers look for stability, reliability, speed, and the best overall value for their money. This top ten list is based upon customer feedback, ratings, and most importantly your feedback in the voting section.

If you need to know whether this ram is compatible with your motherboard, then see the learning guide section below and your motherboard's specifications. If you are building a PC, then make sure to buy ram altogether so that you can take advantage of the double data throughput that you get with multiple channel kits.

#1.) Corsair Vengeance (As Seen in our Poll)

Corsair's Vengeance ram is the most popular among gamers today. It's fast, reliable, and inexpensive when compared to other brands. Most are gravitating towards 4x4 GB sticks for a total of 16GB. While you certainly could upgrade to 32GB, 16GB is more than you need right now, and by the time you really need more than that you'll probably want to build a new rig anyway.

If you're looking for reliability, Kingston is one of the best options in the industry. With the lowest RMA rate in the industry you're almost sure to get a kit that works well for several years. The HyperX, along with G. Skill's Ripjaws series are what I typically use. All things being equal, you'll want to go with whichever one has the better value at any particular time.

Kingston also has faster models in the Genesis and the XMP T1 Series (fastest) if you're willing to spend a little bit more. 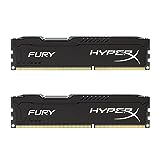 The Ripjaws Series from G.Skill is available in a wide variety of packages, speeds, and timings and is preferred on many PC Building enthusiast sites (like Tom's Hardware). It's a super durable and high-performance customer award winner that comes with a lifetime manufacturer's warranty. I've used it on several different builds and never had an issue. 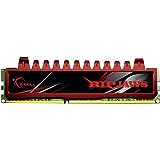 Again, 16GB, in my opinion is plenty while 8GB should run most games just fine.

What Series of Gaming Ram is Your Favorite?

What Kind of Ram Is The Most Reliable?

Do Kingston and G.Skill have Lower RMA Rates?

Although I question the source somewhat on this particular subject it is interesting to see RMA rates for Ram.

While Corsair Vengeance may be the most popular type of ram it is interesting to consider that Ram from Kingston and G.Skill have lower RMA rates.

The recently released G. Skill Sniper Gaming series is already creating a lot of buzz in the gaming community. It's available in low voltage and a wide variety of kits and sizes. Lifetime Warranty included.

Adata is a customer choice award winner for gaming memory. Their high performance ram includes their Xtreme, plus, and gaming series.

If you have an opinion, then let it be heard! Ram series are placed below in random order. If you don't see your favorite type of ram featured below, then please leave a comment in the discussion area below.

Find Out what Kind of Ram You Have:

If you're looking to upgrade an already existing PC but don't know what type of RAM you need, whether you can upgrade, and how much ram you need now, then make sure to go the Crucial Website. All you need is the brand name and the model number of your PC.

Here's a look at my YouTube Channel and my current thoughts on ram.

Buying ram is more than just grabbing the ram with the highest speed you can find and throwing it into your computer. Here are some terms you should know before buying it online.

DDR or "Double Data Rate" specifications were released in June of 2000 and since then has been superseded by DDR2 in Quarter 2 of 2003 and DDR3 in 2007. Faster speed and lower latency versions are generally released of each specification after the initial release.

The speed of the ram you purchase is really all about the numbers that you find in the title of most headings when doing your research. There are really two numbers that can tell you about the speed of your ram. Here's an example: DDR3 1600 (PC3 12800). The first number "1600" represents the speed of the ram. The second number indicates how fast in MB/s that the data transfers. Be sure to check your motherboard's "memory standard" to make sure that it will run the memory you purchase at it's highest speed. If your motherboard can't, then it will simply default down to a lower speed.

Timing can be a confusing subject when it comes to ram, but remember that the lower the timing the better. Since ram is somewhat restricted by timing it's definitely important to consider worrying about the timing of your ram rather than just going out and purchasing the DIMM with the most speed. For timing you'll see numbers like 9-9-9-24.

Right now for DDR3 anything where the first number (which represents Cas Latency) is 9 is good enough as anything lower only provides marginal benefits for PC Gaming. One example where you might want to go for lower latency than 9 would be for intense photo editing programs. At this point in time you won't' find DDR3 with timing much lower than a 7 simply because it's not available. In time, timing numbers should come down; however, it's somewhat misleading to compare DDR3 with DDR2 because measured clock cycles are shorter for DDR3 and thus numbers appear to be higher.

This is the first number that appears in the sequence of timing numbers and in basic terms is the time it takes for the CPU to ask for data from the memory and then get it in return.

For the most part you'll want to buy your ram altogether in Dual, triple, Quad, or Hexa channel DIMM sticks. Dual Channel architecture doubles the data throughput to your memory controller and is thus very important. Check your motherboard's specifications to make sure it supports dual channel etc... In your computer these are usually color coordinated but make sure to look at your motherboard's instruction manual to make sure you put your DIMM sticks in the right slot.

You can overclock your RAM using your motherboard's settings. This is usually done by changing the "voltage" or "timing" associated with it.

Want to more about memory or have a specific question? Find more information on my YouTube Page or ask me a question on FaceBook.