When Gaming you need top-of-the line performance from all of your computer's hardware, and most especially your graphics card. While integrated graphics for Intel's Haswell CPU along with AMD's APU show that dedicated GPU under $50 may be obsolete in the near-distant future, high-end dedicated graphics cards for gamers continue to not only be popular, but ultimately necessary in order to run the latest games without limiting their potential.

In this post I'll review the latest video cards by price and give you a chance to vote for your favorite of 2014 so far.

Why Take My Word for It?

I run a PC building website and YouTube channel where we're always discussing the latest in computer hardware. I'm constantly doing research for those sites as well as my posts here. Other than that, I recommend you cross reference any of the cards I'm mentioning below with what you find on other benchmarking sites. I think you'll come to a similar conclusion.

The $200-300 price range is perhaps the most popular for gamers. In this price range you see a substantial increase in overall performance for your money while beyond it you get diminishing returns.

Below is a look at some of the best graphics cards for gaming in 2013. As of mid 2013 the GTX 660 Ti is very tempting in this price range especially after the substantial price drop we've seen. Another one of my favorites is the Radeon HD 7950, which is a great overall value in the $300 range.

Overall I'm recommending the GTX 660 Ti or the HD 7950 for Quarter 2 to 3 of 2013. Which one is better may depend upon the actual game you play. Keep that in mind when looking at benchmarks.

SLI Performance Tip: If you're willing to tweak settings or use SLI, then you should also consider 2 of the new GTX 750 TI graphics cards. For $300 it's performance can equal or exceed that of a single GTX 680 or HD 7970. This may be the best value play overall.

Please take time to vote for the top video card for 2013. This helps to keep this lens up-to-date with the latest information.

What graphics card would you purchase for under $300?

If you are on a budget or simply don't play games that are super intense, then the graphics cards below should more than suffice. Many of the higher priced ones should still run even the latest gaming coming out for 2013 and early 2014.

Gigabyte AMD Radeon HD 7850 1GB GDDR5 DVI/HDMI/2x Mini-Displayport PCI-Express 3.0 Crossfire Ready Graphics Card GV-R785OC-1GD
It's hard to recommend the HD 7850 right now when the TI boost is the same price and offers such better performance. You'll want to skip up to the 7870 or 660.
Buy Now 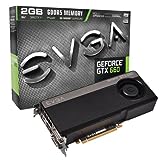 Advantages and Disadvantages of SLI and Crossfire

I personally don't always use SLI (scalable link interface for NVIDIA) or Crossfire (ATI Radeon Technology) for my GPU even when I know I can get a performance boost. In the past I've had issues with not only stability, but also the relative performance increase I get from actually doing this. That being said in 2013 there are a lot of cards that could give you much better value for your money if you're willing to do so.

What's the difference between SLI and Crossfire?

One distinct advantage that Crossfire has over SLI is that it can be implemented with various graphics card as long as they are the same generation whereas SLI only works if you use cards of the same series (different manufacturers are acceptable).

Here are some of the advantages and disadvantages of using dual cards:

It may give you increased performance for the price of your 2 cards. (Depends on the GPU).

Additional Cooling Options May be necessary

Doesn't always beat out the performance of a higher priced single GPU setup.

What do you think about SLI or Crossfire? Am I missing the boat? Let me know by taking our poll below.

Is SLI/Crossfire worth the increased performance?

Made for high-performance gaming aficionados, engineers, designers, and graphic artists the GPU listed below should run any game you come across for at least the next couple of years. If you are just planning on gaming it might be a better idea to keep upgrading a card in the "sweet spot" $250-$300 range; however, if you need better performance and FPS for higher resolutions and have some extra money too, then consider one of the graphics cards below. 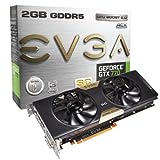 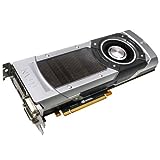 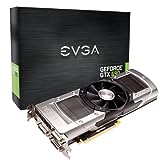 Radeon vs. GeForce - Which is Better?

This is always a heated topic between gamers and rightfully so. Having a PC that has a higher FPS (frames per second) can give you a big advantage in whatever game you play. While you'd think that it would strictly be about performance, debates are always raging about whether GeForce is more durable while Radeon gives you more performance etc... Many have said it comes down to personal preference.

While I don't want to turn this lens into a Radeon Vs. GeForce debate, I do want to know your opinion.

*Tip - Whether you are purchasing a Radeon or a GeForce video card take a look at customer reviews across multiple sites. Sometimes it can be more about the manufacturer, then the "type" of card. Look for long or lifetime warranties for durability. It's still nice to be able to use a quality card in a HTPC (home theater PC) many years after it's obsolete in the gaming realm.

Which is Better Radeon or GeForce?

Overall it's a good time to be a gamer. Integrated graphics are becoming better and better and there's solid competition between Nvidia and AMD at almost every price point. With Radeon's release of the 8000 series looming, I'm expecting even better things to come.

I hope you've enjoyed this lens of the best gaming video cards for 2014. If you'd like to make a contribution, then please leave a comment below and don't forget to vote above!