If you're looking to build a good gaming rig, then you're going to need a solid motherboard. It may not make all of your components directly faster, but through reliability and easy overclocking, you can get quite a performance boost out of your motherboard. In this post we'll look at some of the best motherboards for the money in the $200 category.

CPU Compatibility for the Latest Motherboard Sockets and Chipsets

One of the most popular motherboards of the year is the Asus P8Z77-V which has a lot of great features including Fan Xpert2, Digi Power Control, and WiFi while also being extremely stable. 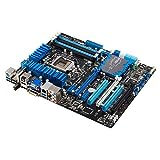 Although this motherboard is Ivy Bridge compatible I'd only recommend it with a Sandy Bridge build. While Ivy Bridge may be the latest processor, Sandy does a more than adequate job for gaming and performance processors like the i5-2500k still give you a lot of performance for the money.

I love the black and blue color scheme of the UD5H but it's the features that really give it an edge up at this price range including; WiFi, Dual LAN, Gigabyte all digital power engine, ultra durable 4, 3D UEFI BIOS+, Virtu MVP, and Gigabyte 333 onboard acceleration. It also includes a 3 year parts and labor warranty. 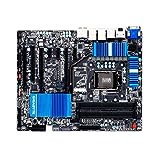 Rebate Available makes this motherboard Under $100. 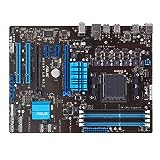 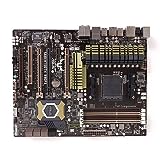 A Look at the Best Hardware for the Money in 2014