What is the best slow motion camera?

Need a camera that can shoot slow motion videos?

The steady advance of technology has revolutionized film and video production in ways the filmmakers of earlier generations could never have imagined.

Whereas the first films ever made used equipment so large and cumbersome it was moved about on trucks and operated by myriad trained experts, today you can achieve "lifelike" image quality with camera that fit in the palm of the hand.

In a hurry? Click here to find the bestselling slow motions camera today!

And today too there are more and more affordable video cameras available, effectively democratizing production by opening the ability to make a video to anyone able to scrape together a few dollars. But with all that freedom to buy the right camera comes the need to find the right camera first, of course.

With so many options available today, it can be overwhelming for the aspiring but inexperienced videographer to know which camera is the right one for them. This is especially true if you are looking for a camera for a specific purpose or feature, such as a video camera that is great for use in low light, one that is rugged and durable, or, as we'll discuss today, what are some of the finest slow motion cameras available.

All Images courtesy of Amazon, unless otherwise stated

Regarding it's slow-mo capabilities, the Black Edition can shoot 1080p vids at 60 fps and 720p vids at 120 fps. Other Go pro models (the White and Silver editions) have half of Black edition's video shooting capacity.

It also has a neat wifi feature, which let's you load photos directly to your smart phone. It also has a wireless remote, adding to its convenience.This camera seems like the perfect camera for a novice or intermediate photographer, with high-quality for a low price.

But not all is well and sunny. Many buyers complain about problems with the firmware, although this can be fixed with the latest updates. The Hero 3 Black also suffers from terrible battery life, usually providing only 90 minutes of continuous shooting before needing recharged or replaced. Therefore, it's best to keep spare batteries with you when you're out and about.

Moving on to the JVC GC-PX100. The GC-PX100 is the follow up to last year's GC-PX10, which was an interesting experiment.

Instead of being a digital camera which could shoot video, the PX10 was a camcorder which borrowed features from digital cameras. The PX10, though, didn't have much success. The PX100 is designed to improve on that.

It supports video shooting speeds of up to 600 frames per second, making it the most cost-efficient slow motion camcorder of its kind.

One of the most attractive features it offers is the ability to shoot in many different formats - with MP4, MOV, ACVHD and iFrame to choose from. The main downside here is the price: $1,000. However, the picture quality is stunning, and many would consider it to be well worth the price.

P&S camera with high speed video recording of up to 1,000 fps

Last, but not least is the Casio EX-FH100. Casio is well known for making high quality cameras, and the EX-FH100 is no exception.

Although small and lightweight, it outperforms almost any other camera available. With high speed burst shooting even in low light conditions, you can still capture great videos. It is capable of up to 1,000 frames per second high speed movie recording which is extremely powerful.

It does have one big drawback though, a $1,000 drawback. Few who aren't professional photographers would even bother to look its way.

One of the best High Definition (or HD) video cameras for slow motion photography is the Sony NEX-FS700. While the camera can cost several thousand dollars, its remarkable specs make it worth the money for any seriously committed videographer.

The Canon VIXIA HF M400 is one of best camcorders for slow motion playback. You can use its pop out screen to view video you have just captured in slow motion, which can be not only amusing, but also important to see if the footage you have captured will work for whatever your project may be before you leave your location.

For those interested in an affordable slow motion camera, we will make two suggestions below: the Canon Powershot s110 and Veho Kuzo camcorder. The s110 has a high speed burst continous shooting mode whereas the Kuzo has a slow motion feature that can be activated in the settings.

The Canon PowerShot S110 12.1 Mega Pixel Digital Camera is only capable of capturing a few seconds of slow motion video at a time, but it does do with stunning picture quality, and the highly-rated camera can be purchased for well under four hundred dollars.

Canon PowerShot S110 12MP Digital Camera with 3-Inch LCD (Black)
As it is purpose-built around being a still camera, add to the brief but high quality slow motion video the ability to take professional grade photos and you are met with an excellent overall product.
Buy Now

At the low end of the spectrum of both price and quality comes the Veho VCC-008 Kuzo Full 1080p HD Slimline Camcorder. While this unit is far from professional grade, it may just be perfect for the amateur slow motion enthusiast, and as it is priced at only around one hundred dollars, it is quite affordable. 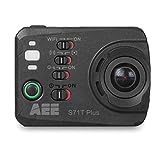 I'd love to hear from you! - What do you think is the best camera for taking slow motion videos?