Cell phone or Mobile, how did we cope before the world of mobile phones? Call them what you will, they are a necessary evil and communication godsend to the majority of the population, certainly in the western world. In the grand scheme of things, cell phones are not that old when you compare other great inventions through the centuries. The first cell phone used was by Motorola’s Dr Martin Cooper in 1973 on the streets of New York, a mere 39 years ago. Like all new products, when the first “cell” became available to mainstream America 10 years later in 1983 by Motorola, it was at an astronomical cost of $4,000.

Cell Phone Development Through The Ages

How technology has advanced in 29 years to today’s cell phone market! From the cumbersome large hand held cell to the modern day list of variables including iPhones, Hybrid phones, Kosher phones and BlackBerry’s. There are so many applications and gizmos available on cell phones; it can make your head spin, particularly when you are not familiar with all the terminology and lingo that are part and parcel of cell phones, me included!

It will be fascinating to see what will be the cell phone selection in 29 years from now that will make today’s top sellers a distant memory and be the cause of plenty of head scratching. “How did we cope with the iPhone and BlackBerry?”may be the future cell phone “Techno Heads” thoughts, along with raving about their ancestors who used buttons on phones in the same way we laugh at the original cell phones with tails!! Go figure!

Rather than providing detailed information on which provider, what packages and so forth I have put together a humorous look at cell phones which only proves the point how widespread and invaluable they are, along with having some unique and unusual uses!

Of Course I Have a Cell Phone, Otherwise I Wouldn’t -

Be able to tell the time

Be any good at maths

Get up on time, without my alarm clock

Know when my partner's birthday is

Be able to cope during class, in a lecture or in work

Know how to spell

Know what to do when I’m bored

Be able to look busy when alone

I am going to have to give a night on the tiles a miss tonight . . .

Be able to do my sprints with no stopwatch

Have something to shake in anger instead of my finger

Have something necessary, invaluable, indispensible, critical and to be ready at all times, 24/7, for the sole purpose of taking calls from my publisher to tell me I have just sold another 10,000 copies of my best seller!

The Power of The Cell Phone Across The Globe - From The Villages in Africa, The Bedouin Ladies of Saudi Arabia or to Riding an Elephant in Asia, it Unites Generations Across The Continents.

What do you mainly use your cell phone for? 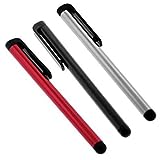 For further information on the Author Suzie HQ and to view a full listing of all her articles, please click here