Are Cell Phones Running Our Lives?

I like to joke about how I'm one of the three people left in the world without a cell phone. I occasionally wish I had one, like when I'm running late, lock myself out of my apartment, or want to call one of those "How is my driving?" numbers (this is one of the times when it is probably a good thing I don't have one). As a cell-phone-free-citizen, I think I see a lot of things that cell phone users don't realize about themselves.

Now, before you get all up in arms, defending yourself as any true cell phone user should, bear in mind that I used to have a cell phone. It was a cute little thing-well, not so little when compared to the cell phones of today-but it had a small flip top, a decent ring tone, and I carried it with me everywhere. When the flip top broke, I was given the option of upgrading for free-but chose to have it repaired because none of the newer phones had my ring tone.

I thought giving up my beloved cell phone would be difficult; but, after a few days without it, I felt like I had never even had one. Now, almost three years later, I can no longer imagine what it feels like to be reachable all the time. I do, however, notice the obsession other people seem to have with their cell phones. It often seems like they are drawn out of the world we all share into their own dimension, where they and their cell phones are the only things in existence.

This belief was further compounded by a recent experience. At work one day, I entered the women's bathroom on my floor. I had just made myself as comfortable as one can perched on a public toilet with a thin, rough sheet of paper separating you from the porcelain, when I heard a voice. "Hey, how's it going?" I paused, hesitating before answering because I really didn't know who was in the next stall, or why she was talking to me.

Then I realized I was simply overhearing her side of a cell phone conversation. I suddenly felt uncomfortable about going pee. What if the other person on the phone heard? I shrugged, realizing it wasn't my problem, and finished using the restroom. As I washed my hands, listening in on the rather boring cell phone conversation, something else struck me: not only was this woman talking on her cell phone in a public restroom, which is kind of weird, but that meant she was probably having her hands touching her face, the toilet, the wiping, and oh gross! I couldn't think about it anymore. The germophobic part of me needed to escape the situation.

Another time, I was sitting on a commuter bus on my way home. A cell phone in the back of the bus started emitting loud lyrics to some song with words like "shake it, shake it, shake it" and "my sexy body"-surprising lyrics for the middle aged, round woman who answered it.

Closer to the front of the bus, but on one of the side seats that makes it easier to glance around and view my fellow passengers, I tried to reabsorb myself in my book. Unfortunately, the "shake it, shake it" woman either didn't realize her voice echoed throughout the bus, or she felt the need to compensate for being on a cell phone by speaking extra loud.

"What did the doctor say about his prostrate? Really?...Is he still having a hard time peeing?...They have to do surgery on his prostrate?"

Every time the woman said "prostrate", her voice seemed to raise a few octaves. I tried to stare at her, with an annoyed look on my face, to perhaps clue her in that not everyone on the bus wanted to listen in on her conversation. She didn't notice. After a while, it just became amusing, and I'm not one who can hold back giggles in public. Within a few minutes, those sitting around me also caught a case of the giggles and we went into a shared fit of laughter over this stranger's prostrate problems. Needless to say, I didn't accomplish any reading on that bus ride.

My final rant is directed towards drivers on their cell phones-really, I just can't resist. I walk almost a mile from my bus stop to my home. It is a treacherous walk because cross-walks no longer seem to be a safe haven for pedestrians. I approach cross-walks with a wary caution, scanning the drivers of approaching cars.

Many drivers stop, make eye contact with me, and assure me that it is safe to cross the street. But the drivers on their cell phones seem to have trouble talking and driving at the same time (much like walking and chewing bubblegum, I suppose). They never seem to see me, pull right into the crosswalk, forcing me to run to avoid being hit, or go out of my way to walk around their car.

My desire to not let these small, everyday occurrences stress me out allows me to let my annoyance go in these situations. I have to wonder sometimes how necessary it is for these drivers to talk on their phones, especially when it results in their inability to be aware of pedestrians. 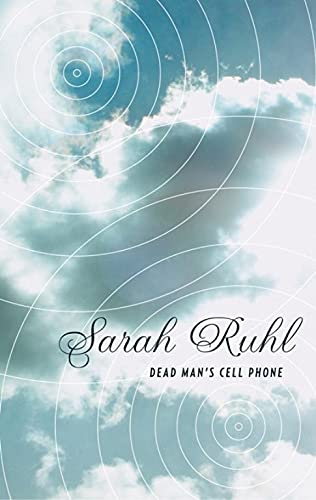 I've heard there are studies that show talking on cell phones while driving causes less accidents than drinking or eating while driving cause--but, I do believe that talking and driving at the same time causes drivers to pay less attention to other things on the roads. What scares me most about these drivers is that they don't even seem aware of the fact that they are distracted.

So while I currently remain a minority as a cell-phone-free-citizen, I know that I will someday lose that status. Hopefully this will serve as a reminder to me in the future, and those of you currently with cell phones to remember some sort of etiquette while chatting away-and, try not to hit any pedestrians!