Whether you're into overclocking or simply want to increase the longevity and stability of your components in the long-run, you should definitely consider a CPU cooler. I remember trying to liquid cool my CPU a few year's back. It was a time consuming and risky undertaking. Now some of the best liquid CPU coolers on the market are nearly plug and play.

Despite the new ease-of-use and value of liquid CPU coolers you should still consider CPU cooling fans as well, which can outperform some of the liquid options in the budget range. Below I'll give you the latest need-to-know information on the best liquid and fan CPU coolers on the market and then give you a chance to vote and voice your opinion.

While liquid cooling is simply a more efficient option for heat dissipation I strongly recommend you only go that route if you plan on overclocking. For entry-level overclocking or if you're just trying to keep your CPU cool I still recommend a Fan.

Budgets under $100 will often find that a maintenance-free Heat Sink / Fan is the way to go while serious overclockers will want to do a custom liquid cooling setup.

If noise is the biggest issue for you, then don't automatically assume that liquid will be quieter. This can vary based upon the fan size of the unit.

Which Do you Use; A Liquid or Fan CPU Cooler?

Aside from building your own liquid cooling system the H100i is one of the best performing liquid coolers in the $100 category. This particular one allows me to easily overclock my i7-3770k above 4.2GHz. I could certainly push it farther, but the CPU maintains a more desirable temperature at this frequency.

The recently released Kraken X40 from NZXT should also be considered for performance in this price range.

*Tip: I highly recommend you take your time when installing the H100i. Some who don't understand it's installation have had problems with it; however, if you install it correctly, then it should perform well for the life of your CPU. 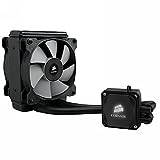 Which is the Best CPU Cooler Under $50?

The Hyper 212 EVO gives you performance on par with many other CPU fan coolers 3 times its price. If you're looking for performance at under $50 or even $100, then the EVO should definitely be in your top 5 for both liquid and heat sink / fan coolers.

My Experience with the Hyper 212 EVO:

I have one in my current rig and am impressed with not only how cool my CPU stays, but also just how cheap this product is for what you get. Installation, at first, was a bit complicated because I didn't understand how the bracket system worked. Unless you've installed a similar CPU cooler, I highly recommend you look at YouTube installs of it before you install it yourself. I've put a link to one I found helpful just below this section.

If you're sticking with a fan cooler and want one that gives you the absolute best performance, then go with the Noctua 6. Hardware.info recently ran a test of the 33 best CPU coolers on the market and this one came on top in the fan cooler race.

That being said I've been around this CPU cooler for a while. It's a bit noisy and a bit more pricey compared to other CPU coolers out there. You'll have to decide whether the extra performance is ultimately worth it. 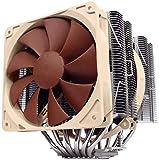 If you're looking for bang for your buck and performance where a socket 1155 processor is concerned, then this is one of the better CPU fan cooling options.

Downside? You may need a bigger case to fit it.

Keep in mind that the heat sink for this device is particularly tall, so it works better with large cases.

Performance results for the Kraken X40, according to Tom's Hardware, show that we finally have a liquid cooler to compete with the price point and performance of the Noctua 6. It also has a fairly quiet fan. 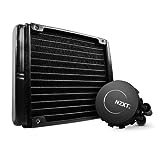 Why Buy A CPU Cooler when your Processor Comes with a Stock One?

This video is a little bit dated, but it's still worth watching.

Which CPU Cooler Manufacturer do You Prefer?