eHow-How To Do Just About Everything

There's one site that seems to pop up more than any other than when searching for how to do things on the Internet, that site is eHow.

eHow was a site where average people wrote articles on how to do just about everything, then put them out for everyone across the world to learn from them. If you've ever looked up how to do something on the Internet, you've likely ended up on eHow at one time or another.

eHow was an internet site featuring articles that told you how to do stuff. Whether you wanted to know how to stuff a turkey or rotate car tires, there was probably an eHow article telling you how to do it.

The main point of the site was that the average person knows what another average person will be looking for help with, and can write an article from their own experiences. eHow promoted itself by claiming that all the articles were submitted by people just like you and me. In fact, some of them were submitted by me. I had quite a few articles on eHow that I'd written about various subjects.

Find Out How-to at eHow

When I used to look for how to do things I'd check online, and I'd often start with eHow first. After they decimated their site though, they are no longer a very good site for finding out how to do things. Many of the really good articles have been posted on other sites. Instructables and WikiHow are so much better.

There were several ways to find out how to do something on eHow. One way was to look through the articles in a certain category. Planning a wedding? Glance through the wedding category and find all sorts of information on doing wedding stuff. Looking under subcategories helped narrow the amount of articles you would see to a certain group.

You could also search the site. You could choose to search for articles on how to do what you want to do or videos that can show you how to do it. If you knew someone that had written an article you can also go right to their eHow profile page and look through their articles. It was fun because you could find out how to do more than you were looking for :)

How To Do Everything!

How To Do (Just About) Everything Right The First Time
Don't rely on eHow for "How to" information anymore, get this awesome book and learn much more.
Buy Now

How Do You Do eHow?

eHow no longer accepts submitted articles. Sadly, they have shut down that side of the site.

There are several other sites you can write for if article submission appeals to you though. Some examples of article submission sites are Bukisa, Bubblews, Helium, and Xomba. Many people have also started their own sites so they don't have to deal with unethical companies like eHow.

I've written online for years, so I've seen quite a few writing sites come and go. eHow was my first. Since then I've written for other sites such as Bukisa, Xomba, Squidoo, Helium, Bubblews, and now HubPages.

I wrote over 50 articles on eHow, but have since deleted all my articles from the site. I had articles about rotating tires, recipes, making cat toys, as well as numerous other subjects. eHow purchased many of my articles, but some I deleted from the site instead.

Get a Digital Notepad 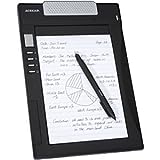 SolidTek DigiMemo 692 Digital Notepad with Memory
Take free-flowing notes easily with this digital notepad. I've learned that I have a much easier time writing if I write by hand, then change that into a digital format. This makes that so much easier.
Buy Now

It was great to be able to help people by writing articles on how to do things, but it was also great to make a little money doing so. eHow was initially a great way to do both of these things, but it did take hard work. It wasn't a place were you could just write a couple articles and pay your mortgage, more of a place to get a bit of pocket change.

At its height, there were people making a $1000 dollars a month on eHow. That wasn't average though. It took hundreds of articles and a lot of time for the articles to get in search engines and spread around. In fact, they themselves said earning $1000 a month took about 400 articles and an entire year of getting established. Now, of course since the changeover, no one but eHow is making money.

What most people considered a good average was about $1 per good article per month. That may not sound like much, but the great thing about eHow was that you continued earning. That means over a year that well-written article may have earned $12 and if you have 20 of those well-written articles, you could have earned $240. It was a great way for stay at home moms to earn a little extra money while still being with and caring for their children. 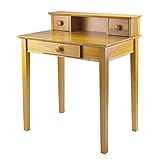 Winsome Wood Studio Home Office, Honey
One of the most important things when it comes to writing is to have a writing space. Just a corner where you can work makes all the difference in the world. This lovely desk would look great in most homes and is small enough that you can tuck it anywhere. Turning a closet into an office? This is perfect.
Buy Now

How It Used to Work

So What Happened to eHow?

The concept of articles written by average people was a sound one and eHow was growing exponentially, so what happened? eHow basically destroyed their own site and reputation because they got greedy.

When they started getting really good results for certain articles, eHow started encouraging the writers to write about things that would score well on search results. They put out a list of articles they wanted written and so the writers started writing those articles. Obviously, it put out a list of articles and say those will earn the writer more money, they'll try to write those articles, even if they know little about the subject. So eHow started getting more and more badly written articles with little accurate information. eHow didn't actually care though. They were getting better results with the search engines and if a few readers were misled, they could care less. They were making money.

Making more money wasn't enough though, they still wanted more. So, eHow started deleting articles off the site. They lied to the writers and said it was because they were poor quality, that they were just trying to make the site better, but coincidentally, often they would delete an article then publish another very, very similar one with the same title and would reroute the old article's traffic to the new article. I know of at least one case where they even used the previous article's photographs without permission.

These new articles were eHow's wave of the future. Not written by the average person about what the average person wants to know, but instead written by freelance writers about only the subjects that would score well on search engines. eHow had figured out that paying out royalties didn't earn them as much as buying an article outright and if the article showed up high in search results it didn't matter how bad the instructions were, people would go to the article and each time that happened their search engine results would increase.

Their new model worked for a while, but there were rumors that eHow was a content farm, filled with low-quality articles written for a pittance, and it wasn't long before those rumors spread all over the Internet. Google soon decided eHow was no longer worth showing high in their results, and as we all know, Google is nearly a god on the Internet. Other search engines penalized eHow heavily for their untrustworthy content and some refused to show the site at all.

eHow is still around. It sometimes goes by the name Demand Studios since that was the company that bought it out. It ranks pretty low in the search results now, since Google is doing a far better job at matching what people search for and what they need. Google tends to now give better results for Instructables and WikiHow, articles written by average people doing what average people are interested in.

Get a Good Laptop 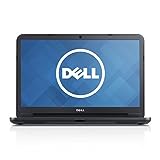 eHow has been online since 1999

I found eHow originally because I searched for how to make duck diapers, and who would have guessed, there was an eHow article on it.

I had recently attended a very fun event called Gem-O-Rama and was dismayed at how little information I had before attending. Seeing this site that asked us to contribute what we knew and share it with other people really inspired me, so I sat down to write up how to do Gem-O-Rama, and that led to many other articles.

When the company destroyed itself they were deleting articles right and left and then replacing them with their own versions that they didn't have to pay for. I had very few of my articles deleted, but how I saw them treating my friends made me decide to switch sites. I primarily moved over to Squidoo though I tried a few other sites as well.

When eHow closed out the contributing writer section of the site they offered to purchase our articles outright, knowing we would only get a little money from the deal and they would no longer have to pay out royalties. I took many of my articles off the site, then sold them the rest. They also wanted me to write for their revamped site, but I could never work for so unethical a company so I turned them down.

1,000 Creative Writing Prompts for Seasons: Ideas for Blogs, Scripts, Stories and More
Any writer knows that sometimes ideas just don't come. Kickstart your writing process by picking up this book to get lots of ideas for writing.
Buy Now