The Best Android Smartphone for T-Mobile

The HTC Sensation, LG G2x and Samsung Galaxy S are three powerful Android smartphones available through T-Mobile. With literally thousands of Android smartphones to date, it can difficult to keep up with the latest and greatest, let alone choosing the right phone for you. But as of July of 2011 these phones reign as some of the top leaders, and they definitely represent the pinnacle of what T-Mobile currently has to offer.

This article examines the Sensation, G2x and Galaxy S in depth to determine the best one for you. All of them are capable of taking advantage of T-Mobile's vast 4G (HSPA ) network. What seperates them is benchmark performance, hardware specifications, aesthetics, battery life and cost. Each factor is analyzed herein and answer offered to the eternal question "What is the best smartphone currently available?"

If you're considering any of these three phones, then you are probably interested in having a top of the line smartphone. Given how much lower the Samsung Galaxy S is in both categories, it's safe to discontinue consideration of this particular phone.

LG's G2x and HTC's Sensation is a different story, however. The G2x scores remarkably higher in the Quadrant benchmark program, which measures graphics processing and overall computing power. This means the LG device should perform better in mobile gaming apps and videos.

On the other hand, the Sensation outputs notably more megaflops (1 megaflop = execution of one million floating point operations per second). This means the HTC device has a raw computing power (graphics aside) higher than the G2x, and will consequently perform more fluidly and quickly in tasks like opening applications, switching home screens and opening pictures.

Each phone's specs are listed below. Bold print represents the best in each category for easy recognition.

Based on all factors, including performance, aesthetics and price, I have to recommend the HTC Sensation. It is worth the extra money. However, if you are dead set on saving that $50, then definitely go with the G2x. It's second core allows it to dwarf the performance of the Galaxy S' single core (rated at the same speed), and with minimal extra battery consumption.

Amazon Review of the LG G2x

Two major complaints - The screen bleeds light. The device randomly reboots. I wouldn't throw this device under the bus if the problem was simply that I'd received a lemon because that happens. If you do a search, however, you'll find this to be a common complaint for this device & one I've experienced a few times personally. What's more, the screen's resolution and vividness isn't up to par for an HD device.

An expensive, dual core, HD phone should have either a higher resolution or an AMOLED screen. This phone is out-classed by it's other dual core, HD competitors.

This high-end device is stuck on Android 2.2 (Froyo) in spite of never ending claims that it will get 2.3 (Gingerbread).

I purchased this phone 2 weeks ago and I'm already on my 3rd device because of the screen bleeding light and device rebooting. If it weren't for these two issues, this would be a wonderful smartphone. ...but then, if I had wings I could fly.

To T-Mobile's credit, instead of giving customer's a hard time, the company acknowledge the issue and willingly & swiftly replaces the faulty units whilst taking up the quality issues with LG. T-Mobile is handling this issue in a timely, fair & professional manner.

If you seek a dual core HD device from T-Mobile, I suggest you go for HTC's Sensation 4G. Do a side-by-side comparison on gsmarena. It has a bigger screen with more pixels (qHd). It shoots 1080p at 30fps, instead of G2X's 24fps. It comes with Android 2.3. It has 250 more mb of RAM.

Save $250 with an instant discount on your new smartphone, or pay more for an unlocked phone to avoid the hassle of a long contract. Whatever suits your needs! 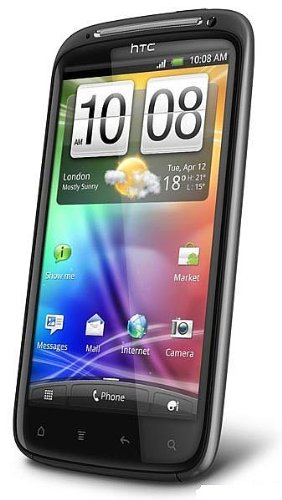 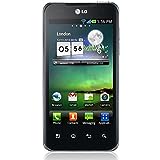 Leave Questions, Comments and Feedback... - ... if you own or are considering owning any of these three devices!