Most important emerging technology from 2010 until now

With the plethora of new technological innovations to emerge in the first five years of the 2010s, we've seen more potential change than in any previous five year period, and perhaps more than in almost every previous decade! Let's explore what some of these innovations might mean, long term, by having a discussion about where we've come from, and where we might be heading in the near (and far) future. Feel free to cast your vote on what you think might be the most important innovation thus far, and if you don't see what you think should be the #1 pick, please leave me a comment below. I'm all for crowdsourcing, even here on Hubpages.

What technology will have the biggest impact on the future of the world?

Quick overview of some of the big players

In no particular order, here's a rapid-fire overview of some of the most impressive emerging technologies we've seen becoming more popular since the beginning of 2010. Again, if you notice a glaring omission, please do reach out to me to let me know! Together, we're an awful lot smarter than each of us is individually.

3D Printing For Dummies
Learn about how 3D printing is changing the world.
Buy Now

Print your own products by using open source data on the web, or purchase the "blueprints" for a tiny fraction of the cost. This looks to change manufacturing on the global scale in the near future, and reminds me of the Star Trek materializer.

I have several friends who are in the "early adopter" category, and perhaps even "innovators" (earlier than earlier adopters!). One has his own 3D printer (it's 2014 as I write this portion of the article), and UPS just announced that more than 100 of their stores will offer public access to 3D printers (for a fee, of course).

Google Glass Explorer Edition 2.0
Google Glass, one of the most important innovations in the coming years
Buy Now

The way we use the internet may be forever changed, as we can just look in a certain direction in lieu of using a mouse, have displays (combined with facial recognition software) of who we're talking to, maybe real-time translation during conversations, and so much more.

Sure, it looks pretty geeky (and not just a little bit like the Borg from Star Trek: The Next Generation), but it promises to not only change the way we interface with the net, but the next generation, whatever it is (lenses? who knows) is bound to be many times easier to use.

Virtual reality has been "the next big thing" and "right around the corner" since "The Lawnmower Man" in 1992, and since the Cyberpunk literary movement of the 1980s, to a lesser degree. Now we actually have good enough resolution to make a virtual world believable, and computing power to allow everyone to be in the same world as everyone else.

Using your brain to move things

"Use the force, Luke" has a whole new meaning. You can literally think about things and move them. This has profound implications in the very near future for quadriplegics and people with neurological disorders, but in the longer term, this will likely have a positive impact for everyone.

Some of the "creepy" military applications notwithstanding, there is a great deal of excitement once the general public tends to get the concept and understand what's actually happening here: you can move things with your mind, folks. Really.

Kinect and other wireless gaming consoles

Look ma, no wires! This is the missing piece of the puzzle for convincing virtual reality scenarios, as you can go about exploring, role playing, or flying completely untethered. This holds huge promise for the way we interact with the internet and with one another.

Nintendo has long been a pioneer in this arena, with "Duck Hunt" and the "Zapper" being given away with the NES Power Set back in the 1980s. In the 21st century, the Wii led the way (that's fun to say). Microsoft has gotten its foot in the door with the fastest selling console in gaming history, the Kinect. 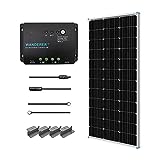 The sun blasts down enough energy onto the surface of the earth for us to power our current energy needs tens of thousands of times over. Finally, photovoltaics are becoming affordable and practical. Will this change the way we consume energy forever? Will we finally figure out how to stop polluting so much of the earth and enjoy all the "free" energy raining down from our nearest perfect power source?

Elon Musk and Solar City certainly seem to think so, and they seem to have created a sustainable business model (that can actually generate a profit over time!).

Cars that don't use gas

My tiny Kia Rio even costs nearly $50 to fill up on gas. Elon Musk and his Tesla Model S not only have the potential to become a major player in the automobile industry- a feat usually accomplished about once a quarter century- but they have the style to do it, too.

Will we break free from the chains of fossil fuels and start to use cars that rely on electric power instead?

Cars that drive themselves

Imagine not having to drive from point A to point B ever again, but instead being electronically chauffeured everywhere. This is really in the cards, thanks in large part to Google, who now has testing underway in five US states. The legal and bureaucratic issues will be the major hurdles, not the technical ones.

Mouse and keyboard have gone the way of the Dodo (for some of us, anyway), as the way we think of "computers" changed dramatically, virtually overnight, with the introduction of the immensely popular iPad (and the subsequent Samsung and Windows devices).

Siri and Google Voice to Text

Being able to have a conversation with your phone is pretty great, even if the interface is not yet perfect. How far will this go in the next five years? Instead of merely being a "voice to text" interface, both Apple and Google have, in fact, entered the AI market with "intelligent virtual assistants." This will certainly play a major role in the way computers work in the near (and far) future.