At their I/O Conference on 27 July 2012 Google have announced the tablet that is most certainly going to become the new budget tablet champion - the Nexus 7, built by ASUS. Now the old 8GB model goes into history with the 16GB model priced at $199 it is certainly the best tablet device in its price class. The Nexus 7 doesn't have the most impressive technical specifications, but its by far better than the Kindle Fire HD, which is trying to keep the crown of the best selling Android tablet due to its competitive price tag. To make things even sweeter there is a version of the device with 32GB and a mobile data radio going for $299 aimed at people that want to have access to the internet anywhere they go and that don't want to be dependent solely on WiFi.

Google's strategy with this device is to provide a cheap 7 inch tablet that is capable enough to satisfy a great deal of the users. And the new reduced prices are already in affect.

Asus and Google haven't gone overboard with anything in the device's design, so it's a pretty standard, but stylish-looking black 7 inch tablet. The Nexus 7 is a relatively small tablet meant to be used mainly in portrait mode with the front-facing camera located above the display. The device makes use of 3 software buttons below the display, which is the direction Google have been leading Android in with their last releases. The device has a physical power button, located on the upper part of it's right side with the volume rocker located below it. It has its microUSB port on middle of its bottom side with the headphone jack located on the right. The back of the device has a nice textured rubberized feel with a relatively large Nexus logo in the upper part and a smaller Asus logo in the lower part as you can see on the pictures. The device might feel a bit thick if you are used to more premium tablets, but it feels light in the hand and comfortable to operate. 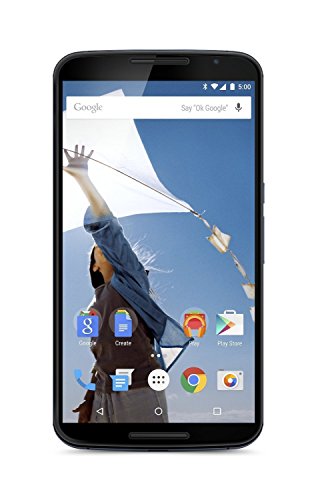 The Nexus 7 is sporting a great display for a 7 inch device especially keeping the prince that it's offered at in mind. The display has an above 720p resolution of 1280x800 with 216ppi. This is an IPS LCD capacitive touchscreen unit with 400 nits of brightness. It provides great viewing angles and it looks like this would be a great browsing, media consumption and casual gaming device. The screen is protected by a scratch-resistant Corning glass, which is one of Gorilla Glass' competitors that should also do the job. Overall, the quality of the display is one of the things that makes the Asus Nexus 7 by Google a great value for money device.

Let us continue with this device's tech specs. The 1.2GHz quad-core Tegra 3 processor paired with 1GB of RAM certainly provides enough bang for its buck. The tablet is also equipped with a 1.2MP front-facing camera, Wifi and Bluetooth connectivity, GPS, accelerometer and NFC. With its two internal storage options standing at 16GB and 32GB, the device has a lot of potential to become an even bigger hit. This is simply the best tablet in the under 200 dollars price range and it is better than all of its competitors up-to-date internals is what you are after.

This is the device that Google are using to launch their brand new Android 4.1 Jelly Bean and this was the first commercially available piece of hardware to sport the stock version of the OS. Now the tablet has been updated to Android 4.2 which still has the Jelly Bean moniker. This means that the performance will not be hindered by the custom skins that mobile computing device manufacturers usually slap on top of the Android version their devices are running. The pure Android experience should be responsive and comfortable giving the user full access to all the built in and downloadable Google capabilities. There are a lot of special Google Play extensions built to make the media consumption faster and easier like access to magazines, HD video, music streaming from Google Play and so on. In general, the device provides a nice responsive performance, handles browsing well and is supposed to showcase the best the new Android 4.2 Jelly Bean has to offer. It is really a dominant device in the market and the new prices are going to cement its position.

Nexus 7 by Asus and Google - Gallery