The Old Best vs. the New

The Sony has introduced its flagship smartphone of 2014, the Xperia Z2 and it will have to face stiff competition from the other best mobile devices present in the market. Samsung Galaxy Note 3 is a year old phone and the next note has already been announced, but it still is a popular choice among many and not everyone wants to spend $800 on buying a phone that has features and specs that you won't even be able to utilize to the fullest whereas you can get even better functionality and save a few bucks as well. So I think that Galaxy Note 3 is a good contender.

The Sony Xperia Z2 might have an upper hand over all other Android devices due to some of its superior features, but as I said Galaxy Note 3 still is an impressive smartphone. Letâs have a detailed look on various specs of these phones and compare them.

Both Xperia Z2 and Galaxy Note 3 have large screen; 5.2 inches on Z2 and 5.7 inches on Note 3. The screen size difference of 0.5 inches isn’t huge but is quite noticeable. Both mobile phones have same 1080 x 1920 resolutions and with smaller size, pixel density in Sony Z2 is higher.

The two handsets use different screen technologies. The Sony Xperia Z2 comes with an LCD display, whereas the Galaxy Note 3 has an AMOLED screen. The Xperia Z2 provides better viewing angles and a superior display than its predecessors. The display in Sony Z2 is bright and vivid without any oversaturated colors. The Note 3's display, on the other hand, has a bit overblown colors which do not look too real.

The Sony Xperia Z2 and the Samsung Galaxy Note 3 are quite dissimilar design-wise. The Xperia Z2, with its aluminum and glass body, has extremely stylish looks, while the Galaxy Note 3 doesn’t provide the customer with premium looks or feel with its plastic faux-leather back. Majority of people find both these devices hard to handle because of their size, but the Xperia Z2 is relatively smaller and easier to carry. The Xperia Z2 has a completely waterproof and dustproof design. The Galaxy Note 3 comes with a S Pen for hand-writing while the Xperia Z2 doesn’t have any stylus with it. 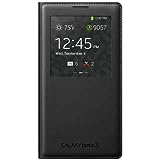 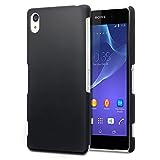 Both the Sony Xperia Z2 and Samsung Galaxy Note 3 are equipped with 2.3 GHz quad core krait 400 processors. However, he brand new Qualcomm Snapdragon 801 chipset present in Xperia Z2 is a bit more efficient and faster than the Qualcomm Snapdragon 800 chipset present in Note 3. Both handsets have 3GB of RAM. The Sony Xperia Z2 has 16 GB of internal memory, while the Note 3 comes in 3 different variants in terms of internal storage; 16GB, 32GB and 64GB. The expandable Micro SD storage is 128 GB in Xperia Z2 and 64GB in Note 3.

The Xperia Z2 has refined Timescape skin that Sony has plastered on top of Android 4.4.2 KitKat, with some new exciting functions. Overall the interface is quite similar to the Xperia Z1, with the same neat icons and visuals. The Galaxy Note 3 comes with the older version of Android, the 4.3 Jellybean but it can be upgraded to KitKat. The Note 3’s interface is more vibrant and lively with round icons.

Sony Xperia Z2 with its modern features and attractive design is has a bigger price tag (around $100 difference). And whatever the price it's available at in your region, it'll be slightly higher than that of the Note 3.

Xperia Z2 is considered a bit superior phone with its powerful Snapdragon 801 chip giving it an edge over the Galaxy Note 3. The Sony’s flagship phone of 2014 looks more stylish and luxurious than its competitor, but the Samsung Galaxy Note 3 isn't exactly far behind in any sort of way and recently its price came down significantly. So it really depends on what you want.

If you were to buy a smartphone, which manufacturer would be your choice