First thing's first, what the heck is a social networking site? A social networking site is, by definition, a website wherein people can form communities based on common interests, goals, or activities. These websites are also a great place to make new friends and learn about different activities and cultures. Many social networking sites begin with a personal profile that will include information such as your name, age, location, interests, and give you a space for a short biography. These sites offer many features, from chat and blogging to email, video sharing, file sharing, discussion groups and more.

Got it all figured out now? Now that you understand what a social networking site is, let's explore the top five sites on Gamergirl's list.

Number Five: WAYN (Where Are You Now?)

WAYN is a website for people ages 18+ who caters to people who like to travel and meet others who share that interest. Creating a profile is easy, and from there you can venture out and make new friends. You have the ability to see where in the world each of your friends is, and to track their travels, as well as find out when they're traveling to your area. Also, you can find people who are traveling to your area via search ability. If you like to travel, are interested in meeting others who travel frequently, or just want to find someone new to meet who is from another part of the world but coming to a town near you, then WAYN is the place. I have found that WAYN produces false emails to promote visits to the site, however, and that is one of the reasons it is sitting at the number five spot. The other reason I rank it this low is the sheer overload of information and junk the site contains. Whatever happened to K.I.S.S (Keep It Simple Stupid)?

Yahoo! 360° was a networking function of Yahoo, which closed in 2009. Your profile stemmed from your Yahoo! ID, and required you to be 18+. You were able to add and invite your friends, create a profile, and post blogs via this service. Most all of Yahoo's services were linked to Yahoo! 360°, so if you already had a Yahoo account, you were halfway ready to use Yahoo! 360°. I had a 360° account, but I checked it a total of maybe a half a dozen times. I found that 90% of my friends were in the same boat. Yahoo! 360° ranks number four on my list because, quite frankly, it became a set it and forget it site for me, with no real gain or input. Too many of my friends frequent other more popular venues.

Meetup.com is not your conventional social network. The site revolves entirely around signing up for various special interest groups and then going out and actually meeting real live people. It is free to sign up, but running groups/Meetups is a paid function of the site. Luckily, each region of the world has their own meetups, so if you're new to a town you can find new Meetups to attend and make new friends.

The only con to the site that I have found is the fact that you have to pay to run Meetups. Otherwise, the site is easy to navigate and keep track of, and they allow you to log in using your Facebook account, which provides a certain veil of anonymity.

What began as a networking site solely for Harvard students has grown to become one of the top ten most visited websites on the internet today. Facebook is easy to register to, and even easier to add friends to your inner circle. Their interface is a little confusing at first, but once you figure out what links lead to what, you're golden. The main draw of Facebook is it's sheer amount of features. Dozens of games, profile add-ons, and communication options give Facebook a very interactive feel, while remaining humble in it's lack of flash graphics or overcomplicated menus. Facebook is the popular "First Runner Up" to Twitter.com, but only because of it's intensely disliked method of implementing changes without actually notifying users, and it's constant complaints by users of privacy issues.

Twitter is - if you don't know - a site where users share bits of their lives, interests, marketing information, and vital facts, all in a platform of 140 characters or less. You can share almost anything on Twitter, and Twitter has one feature that absolutely shines: hash tag trending. Popular topics trending at any given time in any given region will find themselves exposed in the sidebar of the site where users can click and find other messages (called tweets) containing that hash tag. As more and more celebrities began signing up on the site, Twitter instituted a verification system so that celebrity profiles will show a symbol and the word Verified on their profiles - this way, a fan knows they're actually speaking to/at their favorite celebrities.

The pros and cons of Twitter.com ride a double edged sword together, in fact they're one and the same. The nature of Twitter itself gives users the chance to be concise, and at the same time it gives the air of condensing our lives down to snippets 140 characters long, reducing or increasing the impact of messages whether that is the intent or not. It's perfectly clear as to why Twitter is number one, though, given it's tens of millions of users worldwide. 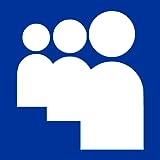