Places to Visit in Israel. Jerusalem.

Today we will ascend to Jerusalem

Many people have very little idea about how beautiful and developed the country of Israel is. After this land was under Turkish and later British mandate, it was drained and emptied, woods were rooted out for coal, and it was nothing but swamps and bogs, sands and rocks and was rather scarcely populated.

Many people mistakenly consider that Jews occupied this land by grabbing it from other nations. It's a common misconception, delusion no much different from an insinuation that Jews killed Jesus. Jews lived in that land through all the centuries, but they really started concentrating there in the beginning of the 20th century, especially close to the time when Hitler strengthened his influence in Europe. Jews were buying lands from Arabs (mostly from absentee landlords, living elsewhere) and paying high prices for those uncultivated lands..

Jews started to cultivate the lands, draining swamps and fighting with malaria. In 1948 League of Nations (predecessor of UN) made lawful distribution of the land, giving part of it to the first country of Jews (Israel), and lining borders of Jordan, Lebanon, Syria and Egypt. Before this there was no country at that region, it was just under-mandated land. Now after 60 years Israel is a blooming land with Hi-Tech society which preserved all ancient holy places for all people. I remember visiting the Dome on the Rock, my friend used to visit Bethlehem and Cave of the Patriarchs when Israel had control over those sites. As of now regular tourists don't have access to those sites, Arabs being in control over there.

In the West - the Mediterranean Sea and the Gaza Strip; in the North - Lebanon and Syria; in the East - Jordan and the Palestinian Authority's autonomous territories; and in the South - Egypt and the Red Sea.

Israel is a very small country and on many maps there's even no place for printing its name. You have to check the number in references to read the word "Israel". Despite its small size, Israel is home to a variety of geographic features. You can ski on Mount Hermon and at the next day swim with dolphins in Red Sea.

When my friends Olga and Fyodor got married, they bought a book about places to visit in Israel by a car. They were traveling according to the book almost every (or every other) weekend. They are married for 10 years already, and they didn't cover the entire book yet. 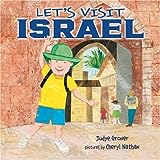 What to visit in Israel

No doubt that Jerusalem is number one, a must to visit place. While in Jerusalem you have many many sites worth visiting.

Arab kids in the Old City

Today modern Jerusalem is a large sprawling city but ancient Jerusalem, or the Old City, is a relatively small area on the eastern side.

As in old days the city is surrounded by a stone wall and has several well known gates including: Jaffa Gate, Herod's (Flower) Gate, Damascus Gate, New Gate, Zion Gate, Dung Gate, Lions' Gate, Triple Gate, Double Gate, Single Gate and the Golden Gate. However this last one is sealed.

Pictures from a visit to the Old City in 1998

The Western Wall is in the Jewish Quarter of the Old City Jerusalem.

It is actually part of the exposed retaining wall for the Temple Mount. You can find men and women praying at the Wall all hours of the day and night.

Also when you walk away you don't turn your back to the wall. You face the wall and walk away backwards for a while.

Via Dolorosa and Garden of Gethsemane

The Via Dolorosa (Latin for Way of Greif) winds through the Muslim Quarter of the Old City of Jerusalem commemorating the last hours of Jesus from when He was condemned to His execution. Due to the destruction of Jerusalem in 70 CE the exact path is uncertain. The Via Dolorosa was begun by the Franciscan Monks in the 14th century.

Garden of Gethsemane- As recorded in scripture (Matt. 26:36; Mark 14:23) here is where Jesus withdrew to pray, and was then arrested. A short distance away is the wall of the Old City of Jerusalem with the Golden Gate.

The Holy Sepulcher or the Sacred Tomb is no doubt the most important shrine in the Christian world. On the grounds of the Holy Sepulcher it is believed that Jesus Christ (pbuh) was crucified, buried and rose from the dead.

Yad Vashem is Israel's Holocaust memorial. In the spring of 2005 Yad Vashem opened its doors to the newly renovated museum. On the grounds you see the trees planted for the many Righteous Gentiles. In other buildings you find the Eternal Flame in remembrance of the 6 million that died, and the Children's Memorial to 1.5 million Jewish children who perished in the Holocaust. The Children's Memorial was designed by architect Moshe Safdie and built with the generous donation of Abe and Edita Spiegel, whose son Uziel was murdered in Auschwitz at the age of two and a half.

The memorial room is not big, it is hollowed out from an underground cavern and it takes just several minutes for guests to go through it. Those several minutes seem like an eternity where time is lost. The room is dark and people go around it by the wall, holding a rail. There are several memorial candles multiplied infinitely by a special system of mirrors which gives an impression of thousands of stars in a Universe and you feel a small piece in the middle of Cosmos. Recorded voices recite children's names, ages and country of origin. It's a special type of Memorial that you will not see anywhere else. People come out of the Memorial to a sunny day and their eyes are wet with tears. Yad Vashem has the world's largest repository of information for history and education on the Holocaust.

The Israel Museum is a fabulous sprawling museum located near the Knesset in Jerusalem. Here you actually find several museums in one, including the Shrine of the book that is dedicated to the Dead Sea Scrolls, and the Second Temple Model. Though only begun in 1965 you will find it a superb museum with many exhibits and programs to captivate you for hours!

The Knesset is Israel's Parliament House which first convened February 14, 1949.

Here the Knesset enacts laws and supervises the work of the government.

If you are in Jerusalem you have to go to Shook Mehane Yehuda- the authentic Middle East Market (Shook means Market in Hebrew).

Yerushalmies (Jerusalemites) shop there for Shabbat meals, tourists are coming there for exotic experience. The market is noisy, colorful, full of special smells and aromas.

The market is always crowded, especially on Friday noon. It is crowded also any day of a week even in spite that it has been targeted by suicide bombings.

I hope I gave some insights about how great and beautiful the land of Israel is. I am going to tell about other places to visit there as well. 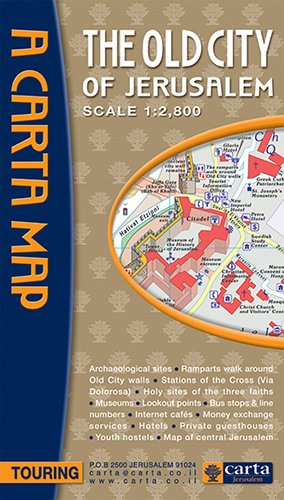 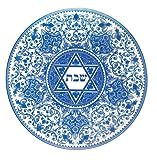