10 Things to Do in Tallinn, Estonia

Tallinn is the capital and the largest city of Estonia. Years ago, it became the most important port for the trade between Russia and Scandinavia. In 1219, the place became a part of the expansion of Denmark, as a result Christianity was forcibly imposed within the area. Eventually in 1561, German influence penetrated the area that resulted the city to become a part of Lutheranism.

The Independence Manifesto was proclaimed in Tallinn on the 24th of February 1918. It was then followed by Imperial German Occupation and a war of Independence with Russia. On the 2nd of February 1920, the Tartu Peace Treaty was signed with the Soviet Russia in recognition of Estonian Republic’s Independence.

Estonia became an annexed by Soviet Union (USSR) in 1940. Later on, it was occupied by Nazi Germany from 1941 to 1944. Then again regained by Soviet Union and made it as an annex in 1944. Just after the annexation, Tallinn became the capital of Estonian SSR.

In 1980, the Summer Olympics was held in the Northeast side of Tallinn. In the preparation of the Olympics, many buildings were built such as Main Post Office, Olumpia Hotel and Regatta Centre. Years after, the Independence of Estonia was re-established in 1991.

Nowadays, Tallinn is considered as one of the most wonderful places to visit in Europe. There are lots of Things to Do in Tallinn, Estonia that made the place as part of most cruise ships itinerary. The rich history, culture and traditions are the things that tourists must look forward into when visiting the place. Tallinn Old Town became a UNESCO World Cultural Heritage site in 1997.

Did you know that the residents of Estonia can ride public transportation for FREE?

The Balloon Tallinn is an exciting activity in the Port area of Tallinn. This balloon ride allows passenger to enjoy the panoramic view of the whole city of Tallinn. With a clear weather condition, the visibility can be up to 40 kilometers. The ride is available daily from 8:00 am to 8:00 pm.

The Tallinna Linnahall is a multi-purpose in the city of Tallinn. It was completed in 1980 and situated on the harbor.

3. Take a Tour in Saint Olav’s Church and Tower

The Saint Olav’s Church is a Gothic church, which previously held the title of being the “Tallest building in the world”. This 16th century church was built in honour to King Olaf II of Norway. The church conducts mass every Sunday at 10:00 am to 12:00 pm. No need to pay for entrance fee. However, the Tower requires a small amount of admission fee. Entrance fees for Adults cost 3.00 EUR and for Children costs 1.00 EUR.

The Fat Margaret Tower was built early 16th century as a defensive wall against all the possible invaders to the port of the town. It also served as a tourist attraction to all visitors arriving by sea.

The Roterman Quarter lies in the heart of Tallinn, between the City Centre and the Old Town. This advanced structure only shows how progressive growth to the city. The main square of the quarter is often used to celebrate different festivities or to perform outdoor activities.

6. Appreciate the Beauty of Viru Gates

The Viru Gates was built during 14th century as a part of Tallinn’s medieval defensive wall. The gates eventually became the main entrance leading visitors to the main shopping area and dinning street of the town.

Did you know that Estonia was the first ever country in the world that implemented online voting?

The Estonian National Opera is the considered the National Opera Company of the town. It was built in 1913 by the leadership of Estonian society. The opera was first opened to the public on the 24th of August.

The Saint Catherine’s Passage is a small medieval walkway in the Old Town of Tallinn. The name was based from the nearby church of Saint Catherine. The street features different collection of craft workshops of artists. In this iconic passage, visitors will get to buy artists’ creations such as ceramics, glassware, hats, jewelries, quilts, silks (hand painted) and other wares.

The Tallinn Town Hall is the oldest town hall in the whole Baltic and Scandinavian region. The Old Tomas can be seen on top of the Town Hall’s Tower since 1530. This warrior figure is one of the symbols of Tallinn.

10. Learn the History of Tallinn in Borsi Passage

The Borsi Passage belonged to the Great Guild of Merchants in Tallinn. In 2011, the passage was eventually tied up in outdoor exhibition named “The Passage of History”. Wherein, important events in Tallinn were marked on the sidewalk to let visitors know about the history of the place. 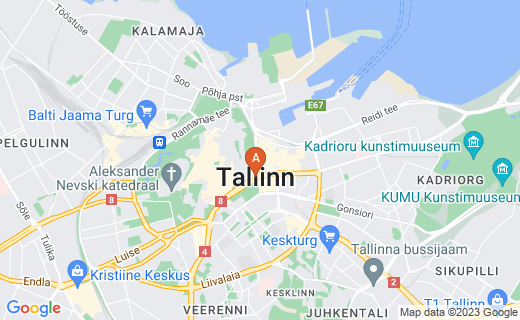 Tallinn is the Capital of Estonia.