Nova Scotia Is Filled With History

We recently toured Nova Scotia. I found the beauty and history of the Province to be incredible. Of course, the fresh seafood, including lobster, clams, mussels, salmon, haddock, and oysters, were excellent. The seafood restaurants can be found throughout the Province, and all of the 15 to 20 restaurants we dined at during our tour were excellent.

This lens will show photographs and discuss the top ten places we visited during our trip.

Location Of The 10 Best Places to See 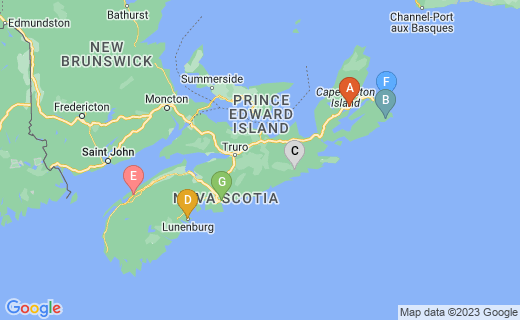 D
The home of the Blue Nose.:
Lunenburg, NS

G
An early British settlement and stronghold. Location of the Maritime Museum of the Atlantic.:
Halifax, Nova Scotia, Canada

The Cabot Trail is a 296 km (184 mile) loop that begins and ends in Baddeck, and includes the Cape Breton Highlands National Park. Most of the loop has gorgeous views of mountains and the sea. Along the trail you can stop to watch a glass blower, learn about rug hooking, or visit the beautiful Beulach Bann Falls, and the Keltic Lodge.

Photographs of The Cabot Trail

The Sherbrooke Village is located on Highway 7 along the Nova Scotia Marine Drive, about 197 km (118 miles) east of Halifax. The village is the historic portion of Sherbrooke where restored buildings are located on their original lots. Costumed interpreters demonstrate skills, crafts, and household chores.

There are a total of 32 buildings, including a blacksmith shop, general store, tearoom, and craft shops. Costumed interpreters demonstrate skills, crafts, and household chores. There is also an operating saw mill that is awesome. All of the costumed interpreters were well informed and pleasant. The blacksmith even demonstrated how to ride the early bicycle of the 1880s with the 1.6 metre front wheel.

The fortress is located on Cape Breton Island on Highway 22, 35 km south of Sydney. The Fortress of Louisbourg includes a reconstruction of the massive fortress built by the French between 1713 and 1745 to protect New France. It became the headquarters for the French fleet and a major fishing and trading centre. Between 1745 and 1760 the fortress was captured by the English, then returned to France through treaties twice, and was finally demolished by the English in 1760.

About 25 percent of the fortress has been reconstructed by Canada as it looked in 1744. Costumed guides depicting musicians, fishermen, soldiers, servants and the upper class are there to interpret the site for visitors. You will need a full day to tour the entire site.

Photographs of the Fortress of Louisbourg

The Alexander Graham Bell National Historic Site of Canada is located in Baddeck, on Route 205. Baddeck is on Cape Breton Island along the shore of the Bras d'Or Lake, and is the starting point for a tour of the Cabot Trail.

The museum has a collection of photographs, movies, and artifacts that commemorate Mr. Bell's life. I was amazed to learn of Bell's interests and work in aeronautics, agriculture, genetics, marine engineering, medical science and his work with the hearing impaired. In 1909 the Silver Dart, built under the direction of Bell, was the first heavier-than-air machine to fly in Canada. Between 1909 and 1912 Bell and his laboratory manager experimented with and tested hydrofoils on the Bras d'Or Lake.

The museum building is in the shape of a tetrahedron, the geometric form Bell used in designing his passenger-carrying kites.

The Maritime Museum of the Atlantic

The Maritime Museum of the Atlantic is located on Lower Water Street in downtown Halifax. The CSS Acadia, Canada's first hydro-graphic vessel, is docked at the museum's wharf and can be toured during the summer months. Inside the museum are found exhibits on sailing ships, steam ships, the December 6, 1917 Halifax explosion, and the Titanic.

A ship modeller’s guild has constructed and displayed dozens of replica's of historic sailing, fishing, passenger, and war ships.

Photographs of the Maritime Museum of the Atlantic

This historic site on St. Mary's Bay at Annapolis Royal features the reconstruction of a 17th century French fortress, one of the oldest European settlements in Canada. In 1613 an English expedition from Virginia captured the Port-Royal Habitation and burned the buildings. All French markings were destroyed. The Port-Royal Habitation has been rebuilt near what is believed to have been the original site.

Photographs of the Port-Royal Habitation

Photographs of the Port-Royal Historic Gardens

Old Town Lunenburg is a UNESCO World Heritage Site. It is located on the south shore approximately 124 km (74 miles) from Halifax. It is considered one of the best surviving examples of a planned British colonial settlement in North America. Lunenburg is considered one of the greatest fishing ports in North America. The Fisheries Museum of the Atlantic includes two historic ships (a fishing schooner and a trawler) and five waterfront buildings. Visitors are welcome aboard both the schooner and the trawler. The buildings contain an aquarium, and exhibits about fishing and local history.

Photographs of the Fisheries Museum of the Atlantic

This historic site is located on Timmerman Street in Glace Bay, which is in the northeast corner of Cape Breton Island. In 1902 Guglielmo Marconi built four giant wooden towers in Glace Bay to support a massive web of copper wire. This aerial was connected to transmitter in an adjacent building. Marconi sent the first radio message to Poldhu, on the southwest coast of England. The museum contains artifacts and the concrete bases of the aerial towers.

Marconi and his assistants continued their experiments at this site in 1903, but the service was unreliable. More powerful equipment and longer aerials were needed.

During the winter of 1904 - 05, the entire Table Head station with its towers, wires and buildings was dismantled and moved to a site near Port Morien, 9 kilometres away. Here they got the results they needed. In 1907 regular transatlantic communication service was established.

The Tidal Power Project is located on the causeway that connects Annapolis Royal with Port-Royal. The station built by a partnership of Nova Scotia Power and an Irish company, OpenHydro, was opened in 2009. A ten metre diameter, 1 Mega Watt turbine,set in the Minas Passage of the Bay of Fundy, is the first and only tidal power plant in the western hemisphere. Tours through the power plant are very instructive. On the above ground floor level there are videos, charts, and photographs that explain how power is obtained from the tides. A Nova Scotia Power employee gives a tour of the structure at a level 5.4 metres (18 feet) under the water surface. From a catwalk you can observe the turbine another 5.4 metres below. The size of this tidal demonstration project is both impressive and amazing.

Photographs of the Tidal Power Project 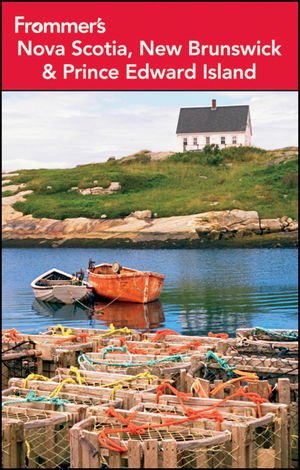 Let me know what you think about this lens and which of the 10 places in Nova Scotia that you want to visit most.