10 Fun Facts About London and Some of its Iconic Sites

Dating Back to Roman Times

London is a sprawling city - it measures roughly 3200 square miles and is home to over 8 million people. It dates back to 46AD when the Romans invaded and built a bridge over the river that was there. They decided it was the perfect spot to create a port as the water was deep, and they named the place Londinium. The rest, as they say, is history.

Where does the word bedlam originate?

The Royal Bethlem Hospital, originally named St Mary Bethlehem, is one of the oldest mental institutions in the world. It was established in 1247 as a Christian hospital, but took in many mentally disturbed and homeless people so changed its focus. The name of the place became shortened to Bedlam and this is where the word gets its meaning. It literally means 'mad house'.

Ex patients of the hospital were called Bedlamites and they were given special rights to beg on main streets.

There is a Royal Clock Winder

Buckingham Palace has over 350 clocks and watches, which is one of the biggest collection of clocks in the world. It takes two, full-time professional clock specialists (horological conservators) to keep them all wound up and working. And twice a year there's the mammoth task of changing them all one hour for the start or end of summer time.

This job doesn't come up very often, in fact the post holder usually stays in position for decades, but the vacancy did arise in 2012 and this is the advert -

"The Horological conservation team, part of the Works of Art Department in the Royal Collection, is based in workshops in both Buckingham Palace and Windsor Castle. They maintain all the clocks, watches, barometers, thermometers and sundials in the Royal Collection, which is in excess of 1000 items. They also maintain and repair items belonging to members of The Royal Family and turret clocks at the unoccupied palaces, including Kensington, Hampton Court, Kew and Osborne House....This job will require a certain amount of manual handling and working at height.......In return, we offer access to an unparalleled collection of clocks, and extensive training and development opportunities."

The London Eye has more visitors each year than the Taj Mahal or the Great Pyramid at Giza.

There are 32 observation capsules carrying over 800 passengers all together, but they are numbered 1 to 33 - because there isn't a number 13. It was thought that people wouldn't want to ride on this unlucky numbered capsule!

On New Year's Eve it is used as a backdrop for the spectacular firework display which is televised all over the world as London is the home of GMT (Greenwich Mean Time). There are fireworks placed on it along with lasers and lights which all contribute to the colourful scene at midnight on 31st December.

The Origins of the Red Telephone Box

The iconic red telephone boxes were designed in 1923 as a result of a competition to find a kiosk that was accepted by London Metropolitan boroughs. It was called Kiosk 2 - or K2. The K1 was erected around the rest of the UK and was plainer. Originally made of cast iron, there have been several small tweaks to the design until K8. The boxes are now a symbol of England and appear on souvenirs of every kind.

Drive On the Right Down Savoy Court's Road

In Britain cars are driven on the left-hand side. Except, that is, for along Savoy Court where it is legally decreed that cars drive on the right. It was made law in Parliament in 1902 so that climbing out of a carriage was easier for people arriving at the Savoy Theatre for a show. They could step straight out and into the building.

About Punch and Judy in Covent Garden

There's been a pub called the Punch and Judy in the centre of Covent Garden since 1787. It's really popular and visited by tourists and locals alike - a great place to have a pint and a light lunch.

Tower Bridge famously opens and closes in the middle to let tall ships pass along the river Thames. In 1952, the bridge began to raise just as the number 78 bus was approaching the centre. The driver, Albert Gunter, made the decision to step on the accelerator and jumped the 6-feet gap. He broke his leg and twelve passengers suffered minor injuries in the process. The driver was given a £10 bonus as a reward!

The Secret Tunnels of Buckingham Palace

There are a series of underground tunnels that join Buckingham Palace with Clarence House and the Houses of Parliament.

Buckingham Palace has a total of 188 bedrooms just for the staff.

There are roughly 40,000 light bulbs in the Palace.

Jellied eels is a traditional east London dish and is still sold today, served with pie and mash, it's called liquor if you're looking at a menu.

Eels arrive in the river Thames as larvae from the Sargasso Sea, 4000 miles away. They mature and grow for about 20 years before they swim back across the Atlantic to where the originated to spawn.

The Monument of the Great Fire of London

Officially only four people died in the Great Fire of London in 1666 when 13,000 houses were burned down. Incredibly, seven people died by accidentally falling off or intentionally jumping off the monument that was erected to remember it. After the seventh death, a cage was constructed around the monument's viewing platform to stop further loss of life. 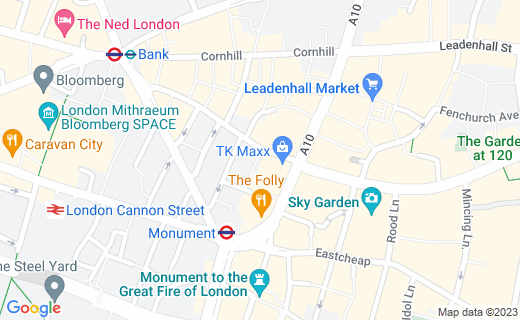 London black cabs have been around since 1625 when there was only 20 in service. They were known as Hackney Carriages - a name still used on occasion today.

In 1654, Oliver Cromwell set up the Fellowship of Master Hackney Carriages by Act of Parliament, and cab driving became a recognised profession. This makes the licensed cab trade the oldest regulated public transport system in the world.