Here are 5 best churches of Goa:

The Basilica of Bom Jesus located in old Goa is world famous as it hosts the mortal remains of St. Francis Xavier- one of the patron saints of Goa. It is declared as world heritage site by UNESCO. The remains of the saint attract a huge number of tourists from all over the world. The Saint’s mortal remains are extremely well preserved and are put on display for public every ten years (last held in 2014). The mortal remains of the Saint are in a silver casket designed during the 17th century. The saint is said to possess miraculous healing powers.
The church is India’s first minor basilica and is considered as one of the best examples of barloque architecture in India. It is one of the oldest churches in Goa and in India. The church is more than 408 years old and is open for public every day. 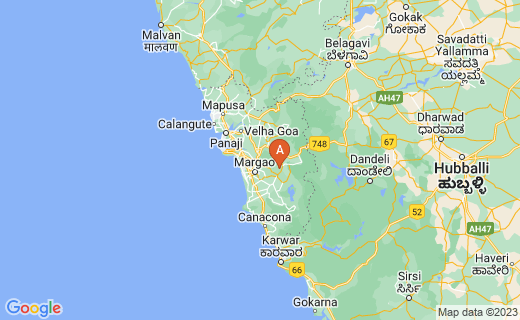 One of the largest churches in Asia, Se Cathedral is dedicated to St. Catherine. Located in old Goa, this church is the cathedral of the Latin Rite Roman Catholic Archdiocese of Goa and Daman and the seat of the Patriarch of the East Indies. One of the oldest churches in the country, this was built in 1510 to commemorate the victory of the Portuguese ruler Afonso de Albuquerque over the Muslim rulers of Goa. Since the day of victory coincided with the feast of St. Catherine, so the church was built commemorating her. Built in Portuguese-Manueline architecture, the church has a large bell called the Golden Bell which is the largest in the state. It had two towers but one of them collapsed in 1776 and was never rebuilt. The main altar is dedicated to Catherine of Alexandria with several old paintings on both the sides. There is a Chapel of the Cross of Miracles on the right. It is said that a vision of Christ appeared here in 1619. The cathedral was presented with ‘The Golden Rose’ by Venerable Pope Pius XII in 1953.

3. Church of Our Lady of the Immaculate Conception

One of the oldest and most famous of the churches in Goa, this church which was built in 1541 is situated in the heart of Panjim, the capital of Goa. Mass is conducted every day in the church in English, Konkani and Portuguese. The church is over 450 years old and is well preserved. It was built to welcome the sailors home. The main altar of the church is dedicated to Mother Mary. There are two intricately carved altars on either side of the main altar- Jesus’s crucifixion towards the left and Our Lady of Rosary to the right. The two altars are flanked by marble statues of St. Paul and St. Peter. The added attraction of the church is St. Xavier’s Chapel within it. This landmark structure is visited by devout Catholics everyday who stop by to pray en route to work.

Considered to be one of the most beautiful churches in Goa, this church is modeled on St. Peter’s Church in Rome. This visually stunning church is over 300 years old and is well preserved.

5. Church of St. Francis of Assisi

Among the revered Roman Catholic churches, this church is built at the back of the Se Cathedral. The building of the church was constructed during 1517-1521 AD. Numerous paintings depicting the life of St. Francis of Assisi adorn the walls of the church. A museum was established in the church in 1964 by the Archaeological Survey of India. The museum has rare artifacts, sculptures and paintings on display. Two gigantic statues of St Francis Assisi, Statue of St. Michael and Jesus on the Cross are major attractions for the tourists. The church is built in a blend of Tuscan style in exteriors and the Mosaic- Corinthian style in interiors.