5 Great Beer Garden Bars in and around San Francisco

Ah, the beer garden. It sounds so delightful that you’re almost able to convince yourself that drinking there is going to be good for you. Sorry, sweetie, it’s not. But we both know that you’re going to be doing that drinking anyway so you might as well give up on justifying it and just go for it. What better place to celebrate your newfound acceptance of your lovely problem than a San Francisco beer garden? Unfortunately, the city lacks many of these so you have to head to other parts of the Bay Area to get to most of the good ones but we’ve got a couple here to keep you happy. 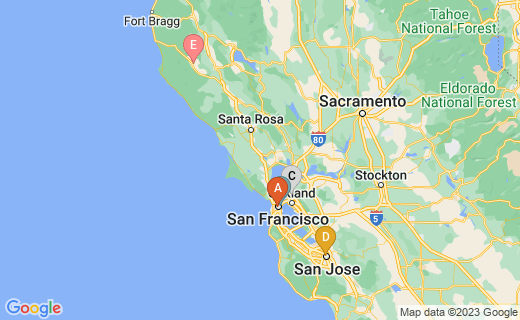 Zeitgeist is the only spot in the city that locals think about when they think “beer garden”. Sure, there are other places to explore but this is THE place. The outdoor deck is huge, with long wooden tables making enough room for everyone who thinks that this Mission refuge is the spot to embrace their drinking. They’ve got more than twenty beers on tap and if you still think you’ve got to pretend that you’re being a healthy drinker, there’s lots of cider to fuel your illusions.

San Francisco is a crowded spot and the SoMa is a neighborhood where quarters can get pretty cramped. But that doesn’t mean we’ve got to give up the beer gardens. This one just got tossed it into the alleyway so you can enjoy the outdoors and your drinking too. Beware that baseball game days at nearby AT&T park makes this place insanely busy.

It’s true, many of the good Bay Area beer gardens are not in the city proper. This one is just across the bridge in good old Berkeley where the hippie kids who love the sunshine want to be able to soak it up while drinking. The beer garden is on the rooftop, so it’s almost like a secret. And you’ll feel good about yourself because the only people drinking more than you these days are the college kids and there’s plenty of them here to show you up.

If you’ve got houseguests and you really want to show them a Bay Area beer garden, you should make a whole day of it. Take a trip over to this spot which is located about two hours away from the city. You’ll be out in the middle of nowhere where the beer is made fresh and the beer garden is impressive. Just don’t forget that you’ve got to drive home when it’s all done. If you don’t think you can hack it, you can get their beers (minus the garden) at Toronado in the Haight. If you drink enough, you might think you’re in the garden anyway.