5 Ways the Russians Will Offend You

I had the pleasure of living in the former Soviet Union for a couple of years after college. I have great memories of that time. The people are beautiful; their arts are stunning, and the scenery is amazing. I also have some not-so-fond memories from those years. Similar to the article, 5 Ways the Chinese Will Offend You, most of these “offenses” are easily explainable and can become endearing. However, I would challenge anyone to justify #4.

1. They Boss You Around

You will NEVER hear a Russian ask you what time it is. Their exact words are always the same: “Tell me the time.” Other well-used phrases are:

Occasionally these commands are accompanied by a “please”. They are rarely, if ever, followed with a “thank you”. In fact, many Russian friends told me that they thought Westerners were weirdly polite. We say “thank you,” “please,” and “I’m sorry” way too often!

When you add the harsh tone of the Russian language to the imperative statements, many foreigners can be offended. Russian speakers are not trying to be rude, however. This is just their language and their culture. Each language group has its own flavor of weirdness.

Consider English; English is weird. Have you ever thought about why we say “head over heels?” Aren’t our heads usually over our heels? We have plenty of odd things in English that make learning our language such an adventure for ESL students.

Another potentially offensive Russian language tradition: when they want to get someone’s attention, they say, “girl” or “boy”. So if you are in a shop and you wanted to look at the black shoes, you should say, “Girl, show me those black shoes!”

A note about “babushkas”: Babushka is the Russian word for “grandma”. These ladies are everywhere, usually wearing a brightly colored head scarf. Babushkas who don’t know you at all will chew you out for sitting on a rock or they will tell you that you need wear a coat or they will yell at you to buy their sunflower seeds. I love them. All of them. Just thinking about them makes me smile. I have a much easier time loving these bossy babushkas than I have attempting to love the random person behind me in the checkout line who is telling me how to raise my child.

2. They Have Their Own Version of History

I met many Russians who were incredibly frustrated that the United States doesn’t give Russia more credit for winning World War 2. Russians fought valiantly and died by the millions in WW2. They take credit for liberating the Baltic States from the Nazis. This is a highly flammable subject, so I won’t write anymore. Obviously, their version of the Cold War varies significantly from ours, also.

But before we get too up in arms (another weird English phrase) about a different view of history, it might help to remember that even within the United States we cannot agree on the “truth”.

This is where you should be thinking about the complete inability of Democrats and Republicans to agree on anything. Or you could consider that students in the Northern United States are studying the Civil War while many in the South are studying the same war, but it is called the War of Northern Aggression.

I can’t even tell you how many times we were pulled over by the police and accused of some obscure driving violation. It is possible that some of the “violations” were legitimate, however no local would have ever been pulled over for these reasons. The police officers basically wanted a bribe. We could either 1) pay them a “fine” for the violation, or 2) go to an office, stand in line, and end up paying much more for the traffic ticket. Bribes are illegal, but common.

Corruption is not a new phenomenon. Remember the tax collectors in Jesus’ time? They were known to collect too much from the people and keep some for themselves, exploiting those under them.

Our corruption is more sophisticated. My Illinois state income taxes are at 5% this year. That is legal corruption in my opinion. I feel pretty strongly that the Use Tax is also legal corruption, but I’m open to a debate about this one.

There are kiosks all over the former Soviet Union. What’s a kiosk? Think of a newspaper or magazine stand. You can buy all sorts of things at these kiosks – magazines, bread, gum, drinks, etc. You can also buy 12 oz cans of vodka. Twelve ounces in a can. Cans cannot be closed up when the drinker has had a little. They are meant to be finished off.

Pornography is also disgustingly prevalent at these kiosks. Some kiosks have all of their walls completely covered with pornographic photos. I feel so sorry for the women who have posed for this trash. I also feel sorry for the men who are imprisoned to their desires.

This is a generalization. Undoubtedly, there are men with high enough standards. However, as a group, Russian men do not present themselves well. I received literally dozens of marriage proposals from taxi drivers. I was followed by drunks, and cat calls are common. Also, I have no idea how phone numbers are apprehended there, but there appears to be no shame in a man calling up a complete stranger and asking for completely inappropriate things.

I don’t really hold this against them. Men in any given culture have their own set of irritating habits. And oddly enough, men say the same thing about women :)

Which Russian Custom Is Most Offensive to You?

Kissing: Maybe you have heard that in Russia men will kiss other men on the lips as part of their greeting. In my travels, I never saw this happen.

Smiling: Don’t be offended that Russians do not smile back at you when you smile at them. People who smile at strangers are considered mentally ill. Maybe you should be glad they aren’t smiling back :). Now if you take the quiz on: Customs around the World you will get at least one answer correct!

Directions: Here’s some advice if you get lost. Ask a few people how to get wherever it is that you need to go. Go with the most common answer. Russians will never tell you they don’t know where the place is. They will, however, give you directions to somewhere unknown, in a very confident and convincing manner.

Russians are not the only offensive ones on the planet. We also have a great capacity to offend (and I'm not just talking about rejecting their marriage proposals)! Some ways that Americans are offensive are mentioned in 5 Ways to Offend the Chinese.

Some of our cultural nuances are bad and in need of reform. Other differences should be applauded and cherished as unique. 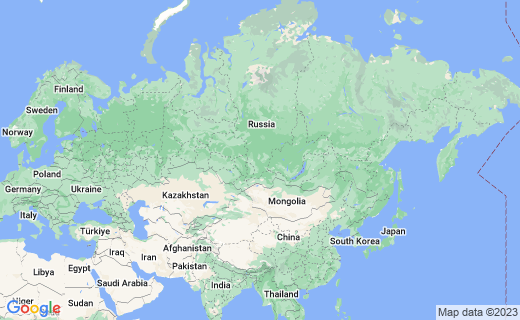