7 of the World's Most Beautiful Landscapes

Most of you reading this probably live in a city, where you regularly experience traffic jams and headaches. I know that I sometimes lose faith in where the world is going — but you don’t have to look far to realize that this world is stunning; there are still some places that haven’t been plagued by technology and the modern life.

Salar de Uyuni is the world’s largest salt flat (around the size of Hawaii), containing an estimated 10 billion tons of salt. Since it’s so astoundingly massive and flat, everything loses its sense of depth — you can practically see the edge of the world.

When covered by water it becomes the world’s largest natural mirror, creating a perfect blend between the sky and land. It’s a curious place, full of flamingos, intense blue skies and a LOT of salt.

Click on the image below or here to see the astounding panoramic view of Salar De Uyuni. 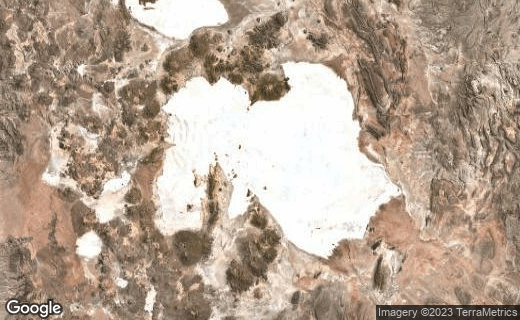 This may be a popular choice, but why wouldn’t it be? I mean, the place is absolute heaven. It’s absolute enormous – 3,160 tons of water flow over Niagara Falls every second.

The place has lived through a lot of things too. In 1911 the flow of water completely stopped for a few hours due to an ice jam in the upper river — people could actually walk out and retrieve artifacts. Then, in 1969 the flow over American Falls was stopped completely for several months. People wanted to see whether it would be feasible to remove the loose rock from the base of the falls to enhance the appearance, but in the end it was decided that it would be too costly.

Because of the polar vortex of 2014, Niagara Falls has frozen! Temperatures in some parts of the US and Canada dropped to -51C (-60F).

When did Niagara Falls look the most stunning?

The ancient city of Petra (meaning “rock” in Greek) was literally carved into the sandstone cliffs of Southern Jordan. At its peak. the city was home to 20,000 Nabataeans. [s]

The Nabataeans had many water management systems like dams, but they were destroyed in the 4th century due to an earthquake, and it was abandoned in 1189.

Bryce Canyon is a wilderness of rock-spires (called “hoodoos“), carved by water and split by ice. This, over the many many years, has created the rugged canyon.

Nineteenth-century Mormon settler Ebenezer Bryce, who the canyon is named after, said it was “a hell of a place to lose a cow.” [s]

The stunning forests of this Chinese park were one of the main inspirations of the planet Pandora in the movie Avatar. The massive columns were created by erosion and are covered in rich, thick foliage.

This place is so popular, it was named as China’s first national park and is depicted in many paintings.

Pamukkale (in Turkey), called “cotton castle” in Turkish, consists of natural hot springs and terraces. The terraces are made out of travertine, a sedimentary rock deposited from the springs themselves.

It is illegal to wear shoes in the pools of Pamukkale — this is to protect the mineral deposits from damage.

In Ethiopia, Dallol is full of salt and sulfur formations that look much like an enlarged version of scrambled eggs. It’s an amazing view from wherever you stand, with all its colors.

However, unlike Pamukkale, Dallol’s pools of water are absolutely unsafe — green and toxic. The springs and geysers also release mega toxic fumes. Yes, this place is very dangerous, but I’d still love to walk all over it. [s]

Which landscape is the most beautiful?