What is there to do in Payette, Idaho

Payette, Idaho is a small rural community of with a population of 8,150 people within the city.

Two Rivers meet in Payette. The Payette River which meets and joins the Snake River.

There is a green way, that runs the length of most of the city along the river. Only about 1/4 mile of it is paved, the rest is left natural with a path through it.

It is popular area for fishing, bird watching, walking, riding bikes, and picnicing. The Payette River is also a local favorite to float on tubes and rafts. The Snake river has an area for waterskiing and fishing.

Payette is also my home.

Sunset through the Branches on the Payette Greenbelt, such a beautiful place to take walks in Payette. Away from the traffic to visit the wildlife and beauty that surrounds Payette, Idaho 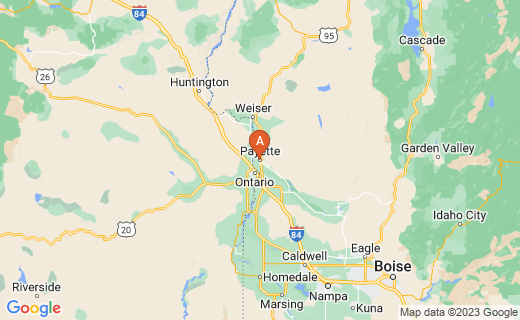 Blue Tree at dusk on the Payette River

Payette is the birthplace of Harmon Killebrew, who is in the Baseball Hall of Fame

Many might know him by his nicknames, one was "Killer" and the other "Hammerin' Harmon".

Harmon played Major League Baseball for the Washington Senators, which later became the Minnesota Twins, and the Kansas City Royals.

He played first, third and left field. When he retired, he was second only to Babe Ruth in American League home runs and was the American League career leader in home runs by a right-handed batter (since broken by Alex Rodriguez). He was inducted into the National Baseball Hall of Fame in 1984.

He was feared as a power hitter in baseball in the 1960s, He hit 40 home runs in a single season 8 different time. He playing in the World Series with the Minnesota Twins, in 1965, but his all time highlights of his great baseball career must have been the year when he hit 49 home runs in 1969, he also had 149 runs batted in and was elected the Most valuable player that year.

He was also named to eleven All-Star teams.

Payette is not only his birthplace but his final resting place. You can see the imprint this great man left on the hearts of those that live in Payette as you drive through the town. There are signs on mains street, Payette, the home of Harmon Killebrew. When you drive by the white dome of the Payette High School you will see the Harmon Killebrew baseball field.

If you drive out to Riverside Cemetery you will see his final place of honor in a beautiful cemetery overlooking the Snake River.

A Mink along the Greenbelt - Photo by Linda Hoxie

Can you see the Killdeer -

Payette ~ is formerly known as "Boomerang"

The Parks in Payette, Idaho

There are eight parks in Payette City

Hanigans Park, is a small park near the Green Way with picnic tables off of River Street near 7th Ave N. It is near a pond and the Payette River, both popular for fishing.

Bancroft Park is a small park on Main Street in Payette used for many local events and gatherings.

At 7th Ave N and 16th there is a park with soccer fields and a RV dump.

There is the City Park, near the Post Office on Center and 9th. It has the library, rose gardens, playgrounds and basketball courts.

On Hwy 52 there is a small park near the canal with a picnic area, and one other small park.

"Climate here is really mild, but you still get all four seasons."

"We like the recreational opportunities. The golf course is excellent."

Reflections of a days end - by Photographer Linda Hoxie

Events within the County of Payette

This year they had Pro-Bull and Bronc Riding

If you visit the fair don't miss the Historic

Beautiful hues of Blue on the Pond - by Photographer Linda Hoxie

Where to stay in Payette, Idaho

Loads of hotels in Ontario, Oregon only 5-10 minutes away

The nearest hotels to the Payette Area, are going to be found in Ontario Oregon. Ontario is just a five to ten minute drive from Payette and the choices for hotels there are numerous. Below are some of the choices and links for my affiliate advertisers if you are needing a room.

Ring necked ducks along the Greenbelt - Photo by Linda Hoxie

These were such weird clouds in the sunset on that spring day.

"We feel fortunate to have raised kids here."

"We are expanding, but not as fast as Ontario."

Just look at that fishing spot - by Photographer Linda Hoxie

“We’re fairly new in town and people have been very receptive to us.”

The airport, just north of Payette, has a small town charm where people always smile and call each other by first name. Many pilots and non-pilots alike have dubbed it the "friendliest little airport in the west". Pilots from all over the Northwest come to Payette just to play a round of golf and have lunch at the Scotch Pines clubhouse, as do many residents and business people.

This gorgeous Barn owl spent the whole day resting in our big Katalpa tree right in my backyard in Payette.

Reflection on the pond - © by Photographer Linda Hoxie

Scotch Pines is an 18-hole, par 72 course built in 1961. It is beautifully landscaped from the natural terrain of the Idaho countyside, Scotch Pines has blue grass, rye fairways and bent grass greens.

We have seen deer along the course as well as bunnies, snakes, hawks and waterfowl. The airport runs right down the middle of the course. If you hit your ball out on the runway you will have to leave it. Besides all that this course is really a nice course. They always have cold water along the way.

My father has a memorial bench on hole 6, right next to the Pro tee box. If you visit the course please stop and enjoy it. He shot his age many times on this course. My husband and I have memberships there and love to golf every day that we can. My favorite hole you ask? I would pick six on the front nine and 17 on the back nine.

“Our monthly expenses have been cut in half since moving here.”

“The transportation crossroads make it easy to get to places.”

The History of the Payette River

The Payette River system was named after Francois Payette a French-Canadian trapper whose exploits with the local Blackfoot indians are infamous.

The sun colors the trees and sky - © by Photographer Linda Hoxie

Thank you for stopping by,