I will start off by saying that getting there was no easy feat. I will not hold that against this resort. After all, its not to blame for the horrible traffic and bad weather we faced in the nearly 22 hours drive it took to get there. A drive that, I might add, should have only taken 15 hours.

The resort itself is not too far off from I-95, which does make getting there rather simple. However, once you get off the highway there are a lot of backroads that lead to the resort area. My advise is to use some sort of electronic navigation system (Tom-Tom, Garmin, Google Maps, and so on). As anyone that has driven around Florida knows, there is always road construction. To make the trip as smooth and quick as possible I strongly recommend using electronic navigation.

Thankfully once you reach the resort area you cannot miss the Vero Beach resort. It is very well marked and does have a bit of a Disney resort feel to it.

Check-In and the Lobby

Like many of the DVC resorts check in at Vero Beach is fast and simple. You can even opt to do on-line check in! When you get to the check in counter they will just ask for you name and a photo ID. That's it, they have everything else on file. They will then let housekeeping know that you are here and if your room is ready for you they will assign a room number. If housekeeping is still working on your room you will get a phone call or text message to let you know when your room is ready for you.

Once you have been checked in the lovely person behind the counter will go over the resort for you. They will tell you where the closest parking to your room is, how the resort is played out, and what times any special events are going on. Our visit was during the off season (the first week of December to be exact.) and the resort felt rather empty. Which was nice, as we were staying to having a few relaxing days before heading over to Walt Disney World. I would imagine that even during the busy summer season the resort wouldn't feel too crowded since it is rather small, especially when compared to the resorts at Walt Disney World. 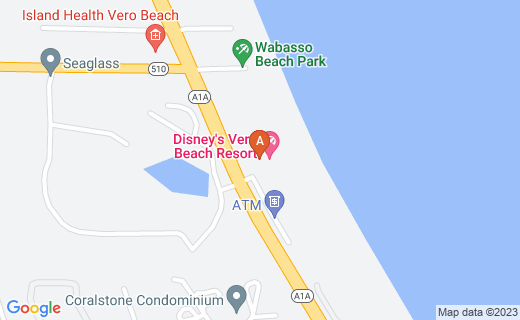 We stayed in a one bedroom. Which was perfect for my family, even though we were a group of four adults. Unlike the resorts at Walt Disney World were the one bedrooms have one large bathroom. To be fair it is a very large bathroom, and there is a door that separates the garden tub and a sink from the shower, sink, and toilet. It did make getting ready in the morning a little difficult since only one person could be in the bathroom at a time.

The bedroom has a king bed and its own entrance to the bathroom. There is also a door to the patio in the bedroom.There is a small TV in the bedroom and a large closet. The living room has a couch the pulls out into a queen sized bed and a chair that pulls out into a twin sized bed. The kitchen has all the amenities of home and the dining room table holds four. There is a door to the patio from the living room.

The patio itself is fairly large. It spans the entire length of the room. Ours had a large table and four chairs. There were some tall hedges around the patio. I can only assume that there were a few reasons for having the large shrubs: to dull the roar of the ocean and the keep the light from the rooms away from the beach.

Overall the room was very nice. It had a relaxing feel, which was just what we needed. I will say that none of the beds were very comfortable though. However, having spent the night before in the car I had no problem falling asleep and staying asleep. 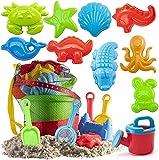 The Beach and Other Activities

I will start off by saying that I love the beach so I might be a little biased. The beach on the resort is rather small, and would only take a few minutes to get from one side to the other. I didn't really like that there was only one spot that had access to the beach and that was in the middle of the resort. But, it took less than a minute to get there so it wasn't too bad. I had just been expecting to be able to walk from my room directly to the beach, like you can at many other hotels along the East Coastline of the US.

I'm not sure if it was the time of year or if there are always a lot of waves at Vero Beach. The waves were 3-5 feet and seems a little rough. I wouldn't advise small children or anyone that wasn't a song swimmer to go out in that. In fact Disney had a sign up warning of the dangers of rip currents. As there were jellyfish and I didn't want to deal with rip currents I didn't go in any deeper than my knees. I did laugh because they warned me at the front desk that the water was cold. Being from Virginia Beach the warmest our water gets is in the mid 70's. The water at Vero Beach was 73 and it was December. I thought it was lovely, but to each their own. There weren't too many shells on the beach, and all the ones I could find were scallop shells.

There are plenty of things to do for those that aren't beach people, like the rest of my family. There is a pool with a water slide and a hot tub. There is also complimentary billiards, which is nice because many resorts charge their guests to play pool. For a fee guests can play mini golf, while we didn't play it looked like a neat little course. You can also rent different kinds of watercraft, including sailboats and jet-skis. With the water being so rough and the price being a little high, however, we didn't give it a try.

We did see some cast members drawing chalk art with small kids. it looked like they were all having fun. There is also a gym on site. I've never set foot in a gym on a Disney resort. But, I have heard many nice things about them. I can't imagine they would be too crowded.

There are a few different options for dining at the resort. We had a late lunch/early dinner at the Green Cabin Room. It was nice, the décor was beautiful. It was a little on the pricy side, but you kind of should expect that when it comes to Disney. Honestly, we ate there because it was the first place we came across and we were hungry. The menu for Bleachers seems more affordable, with more options as well.

On Saturday mornings they have a character buffet breakfast at Shutters. It was a lot of food. The food also came right to the table and was served family style. They brought more of anything you wanted. I have had many Mickey waffles in my time and these were the best I have ever had.

They had a campfire with s'mores, all free of charge of course. We had really been looking forward to going, but ended up staying in. It was chilly outside and we had been in the car for nearly 22 hours. I do recommend checking it out though. After all, who doesn't love s'mores?

Vero Beach does a lot to make sure that these endangered sea creatures are protected. Guests are encouraged to keep lights off at night during hatching months. There are also tall hedges around the resort to help reduce the amount of light that reaches the beach.

If you want to see the sea turtles contact the front desk and ask about options. Please do not harass these animals. First its illegal and second they have a hard enough time trying to survive, they don't need people making it any worse.

Bug spray. Use it.

We got eaten alive. We went to watch the sunrise on the beach, which was amazing. Dozens of tiny black bugs attacked us. At first we didn't mind, and then stay started to hurt more and more. To be honest I didn't even give them any consideration until I saw the welts on my legs the next day. So, learn from us and use bug spray. Sandflies can carry diseases just like mosquitoes and their bites hurt and itch.